NOW MagazineMusicFeaturesGrooving in the mouth of madness

Grooving in the mouth of madness 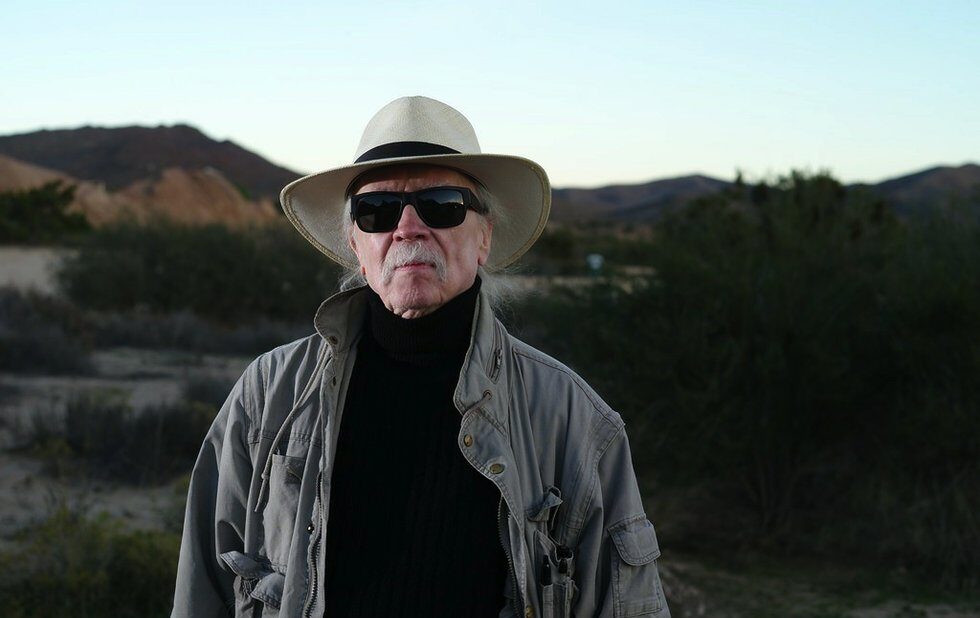 “The world,” writes Eugene Thacker in the preface to The Dust Of The Planet, “is increasingly unthinkable… It is increasingly difficult to comprehend the world in which we live and of which we are part.”

Thacker offers a novel framework for thinking through the unthinkability of disasters, pandemics and the looming threat of extinction: horror.

As the city prepares itself for its chill-laden seasonal sleep of death, the usefulness of horror avails itself. Yes, there are the annual traditions: haunted houses, Halloween parties and all-night slasher movie marathons. But there’s a new aesthetic trend emerging, with direct ties to the horror mode. In music, the icy, synthetic beats of old horror movie soundtracks have entered a new, curious vogue that’s also spread to local stages.

This month sees a new anthology release of horror filmmaker/composer John Carpenter’s memorable scores that brings him to Toronto for the first time as a musician. Italo-horror heavies Goblin are also coming to play on their Sound Of Fear tour. And, most conspicuously, a new season of the Netflix genre-throwback series Stranger Things, the soundtrack of which feels heavily indebted to the synthetic 80s era of Carpenter and Tangerine Dream, drops October 27. Kyle Dixon and Michael Stein (of the band S U R V I V E) will be playing sections of that score as part of Unsound’s new Halloween series at the Bluma Appel Theatre, which will also present a live performance of Mica Levi’s ominous Under The Skin score by the Unsound Toronto Ensemble.

The snowballing popularity of soundtracks to old genre films, whether beloved (Carpenter’s Escape From New York) or relatively unknown (Abel Ferrara’s Ms. 45) or entirely obscure (Jorge Grau’s The Living Dead At Manchester Morgue, aka Let Sleeping Corpses Lie, aka Don’t Open The Window) can be traced back to 2012, when Death Waltz began licensing and reissuing such music. Consistent with the boutique vinyl boom of this decade, the London-based label repackaged cult artefacts in glossy parcels and charged a couple dozen dollars a record, not only servicing an existent audience of soundtrack buffs but creating a whole new market driven by aspiring collectors.

Around the same time, a new spate of indie-ish genre films (Drive, The Guest, It Follows) seized on the trend, sourcing original scores by artists like Kavinsky, Steve Moore and Disasterpiece (respectively). Daft Punk drafted Giorgio Moroder for a hit record. Any existing walls between movies, soundtracks and original music, between the driving menace of Assault On Precinct 13’s score to musical subgenres like coldwave and minimal synth and the theme song to a massively popular and deeply nostalgic Netflix series, are now essentially nonexistent.

There is, perhaps, an easy cultural explanation for this. In an age where everything is available, where internet forums and Spotify algorithms and pricey record reissues collapse any barriers of accessibility, there’s a certain pressure to pursue an omnivorous delight in everything. A little doom metal here, some electroclash there, the soundtrack to an Italian giallo horror film as a palette-cleansing digestif – such are the sundry fruits of the cultural buffet. Everything is accessible and nothing is cool. It’s a story we’ve been hearing since the widespread proliferation of high-speed internet connections.

But there is, I think, a deeper psychic need that such music satisfies, and which returns us to Thacker’s comments on the world’s baffling incomprehensibility. Just as horror – from the weird fiction of H.P. Lovecraft to the gory eviscerations of zombie cinema to the spectacles of global terrorism and environmental destruction we see every night on the news – provides an imagistic language for our contemporary climate of looming apocalypse, the cold, isolating, electro-alien rhythms of this music offer a score.

And unlike something like black metal, which apprehends the dread of the present and the cosmic evil of the universe in and of themselves, the sparsely rhythmic and disco-inflected soundtracks of cheapo horror and genre cinema convert this dread into a kind of ecstasy.

Against the pitch-black eddies of pessimism, the imminent-seeming hellfire of nuclear war, the rising tides of environmental disaster and other world-annihilating calamities that spiral out from some hollow centre like the sinuating, serpentine tentacles of some Lovecraftian horror, it seems perfectly reasonable to find solace in the cold lock step of an electronic drum machine and the sparse, hypnotic keyboard lines that provide the soundtrack to the rapture.

These are the end times grooves, the beat that drives us as we dance in the dust of the planet. It’s no wonder we need it.