Their new album Earth To Ursa Major asks big questions about mental illness, gender identity and the universe and finds comfort in not knowing the answers 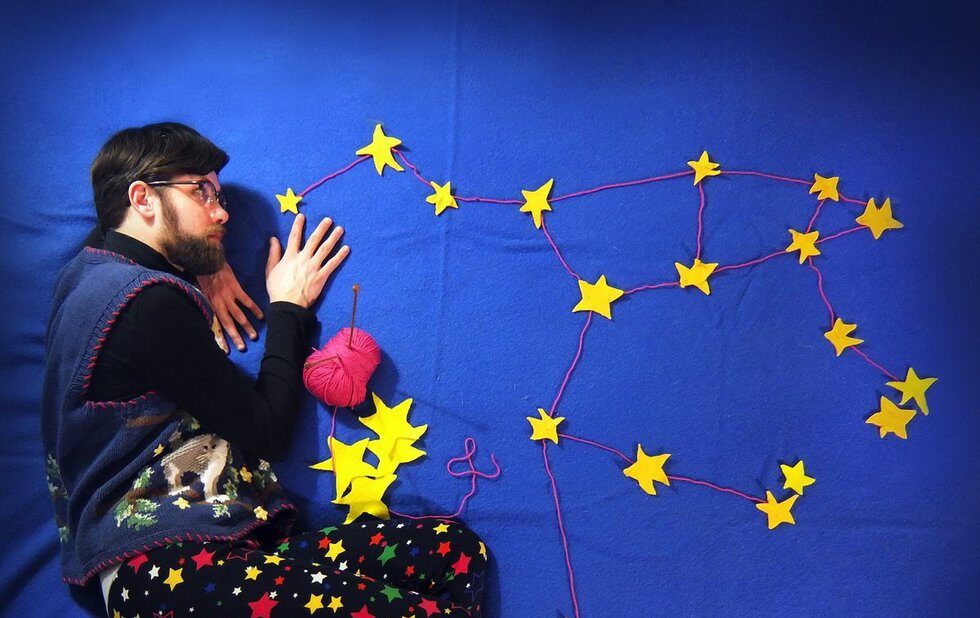 “I’ve come to understand that I don’t maybe make the records that you just put on at any old time. Like, ‘I’m cooking and I’m going to listen to Jordaan and dance in my kitchen,”’ Mason admits, sitting on the balcony of the west-end apartment they share with their partner.

The Toronto singer/songwriter’s frustrated cries of bewilderment and sadness are often covered in a thick web of instrumentals, performed by Mason or an orchestra of friends. Songs range from folk to post-punk, and they can be a challenging listen, but when you too are in despair or doubtful, Mason reminds you that you are not alone.

Mason started writing music when they were a teenager. Since 2009, they’ve put out a handful of releases, under their own name and also with a group of musicians called the Horse Museum. Their newest, Earth To Ursa Major (released independently May 31), is a three-act, 17-song exploration of belonging.

Mason wrote, mixed, and primarily recorded in their apartment and building’s stairwell. The record centres on their voice and an electric piano, but other voices, guitars, percussion and additional instrumentation come together for a deeply personal record that is both quiet and clamorous. The album meditates on their struggle with mental illness and gender identity.

Mason admits to feeling uncomfortable using categorial terms like non-binary or genderqueer for themself and instead offers a shrug.

“Why do I have to pick a word and settle on it and then that’s the thing I am forever?” they ask.

Amongst the grief are tender moments of comfort and acceptance. Mason sings about taking care of and being supported by others. When their neighbour, the same one mentioned in the track Another War, briefly interrupts our conversation by leaning across the balcony to hand over pizza slices folded in a cardboard pizza-slice holder, the caring community they are a part of feels tangible.

What feels like the heart of the album comes with It Does Not Get Better (Reprise), when Mason sings, “If it does not get better, at least we’ll be together.”

“The thing about living with a mental illness, which a lot of this record attempts to address, is you end up forming communities with other people going through those same things,” says Mason.

“Honestly, everybody that I know is not doing well. One way in which we are there for each other is trying to encourage each other to not be afraid to say certain things that other people don’t want to hear. What can we make out of that? What can we do with that sadness that is positive?”

Mason looks up and contemplates the universe, and in the last few songs, inspired by the stories of the constellations, explores the idea that if you tell your story, it can last forever: “We’ll sew our memoirs into their songbooks,” Mason sings on the title track.

“If you write something down, if you make a song out of it, if you do something with that sadness, it creates something bigger than you that lives on, and maybe that’s how you can find a way to fit,” says Mason.

The album is Mason’s story, nestled in the curve of a question mark. It doesn’t come to any fixed conclusions, but Mason is content with that.