NOW MagazineMusicFeaturesJunos 2018: How women in Canadian music are charting a fearless new course

Junos 2018: How women in Canadian music are charting a fearless new course

At panels and concerts across Vancouver, conversations swirled around safety, diversity, inclusion and respect. It feels like we're finally reaching a tipping point. 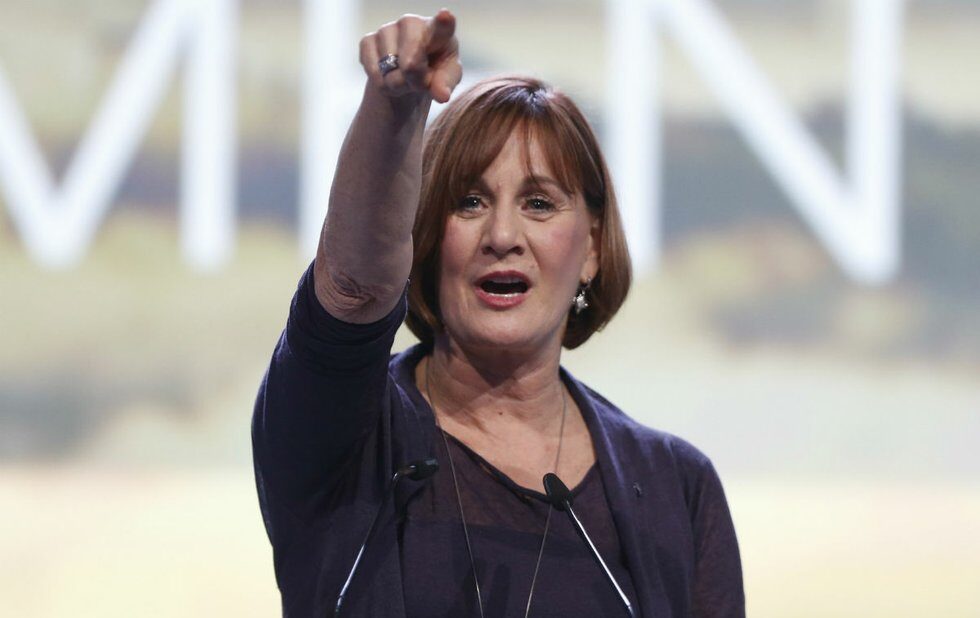 Throughout last week’s Juno Awards week festivities in Vancouver, across panels, galas and JUNOfest concerts, one thing felt clear: the buzz around strong and unique women artists permeated every interaction I had. The name on everyone’s lips was the fearless Jessie Reyez and her Breakthrough Artist of the Year award. She was among a talented list of artists including Lights, Ruth B, Rose Cousins, Charlotte Cardin, Ammoye, Iskwé, Keshia Chante and Caveboy.

Meanwhile, #MeToo and gender parity conversations were taking place in private and public, on stages and at hotel bars. While some excited Juno revellers were pumped up about the Barenaked Ladies’ hall of fame induction, a group of fully clothed women were making strides in events that signalled a wave of change that might soon reach a tipping point.

The Juno’s host city committee partnered with Good Night Out Vancouver, the local branch of a global initiative that seeks “to end sexual harassment and assault in venues, bars, clubs, pubs and festivals across the world,” according to its website.

Vancouver-based nurse Stacey Forrester, who co-founded GNOV with Ashtyn Bevan, told the Globe and Mail that even though we as a public see a burgeoning shift in attitude, “selling the idea of prioritizing women’s safety to [music] venues is still where the bottleneck is… It requires a whole paradigm shift that the industry is only just starting to wake up to.”

That’s the truth. So many music industry people I know are barely aware of the challenge of women’s safety at venues.

A large women-only group of industry leaders met on Saturday for a panel entitled Fearless: Inspiring Music Industry Women And Their Careers. Denise Donlon, the 2018 Walt Grealis Special Achievement Award recipient, gave a rousing keynote with funny anecdotes and staggering statistics as she shepherded a distinguished panel of industry and artist professionals that included artists like Tegan Quin (of Tegan and Sara), Iskwé, plus executives from CARAS, eOne, Women in Music Canada and several labels.

The panelists took up issues such as safe spaces, gender parity, work-life balance, sisters supporting sisters, non-traditional production and technical fields, intersectionality, entrepreneurship and the idea of inclusion riders in boardrooms and productions.

The conversations were ambitious, but the truth is there was just so much to talk about that it was hard to break into the action plan part of the agenda. Three hundred women bring a lot of opinions, so we all had facilitators at our table to focus the conversation. We understood the important goals at hand so we stepped up and threw out as many ideas as we could within the timeframe we had.

The excitement in the room was palpable. In the last three and a half decades, I do not recall a moment when I had heard of a women-only event at the Junos.

It had taken this long to feel that it was okay to discuss our issues openly, without feeling like a man had to be in the room. This isn’t about exclusion, it’s about acknowledging the reality that we know the conversation would be different if men were in the room. A small thing, to be sure, but small victories are big steps. Being unapologetic is part of the change in the game.

One participant was slipping around buttons that said #AfterMeToo. I thought, “can we just give it a minute before we move onto the next hashtag?” I think about how many years it’s been that the word feminism was a nasty word. So many women felt ashamed or embarrassed by the word – and you knew it when they prefaced their remarks with “I am not a feminist… I like men.” That has never been the point. Reframing and reclaiming the F word has taken time!

Not that everyone there would claim to be a feminist, and that’s not the point either, but the fact that a room full of women would gather to talk frankly about the various issues of the business without apology was the point – the starting point to a long and imaginative road we have around claiming our power and knowing how to wield it differently than we have experienced it being used in the past. A participant at my table noted that “Independence fosters competition, interdependence makes us stronger.” Another table asked “how can to help each other achieve our goals?” 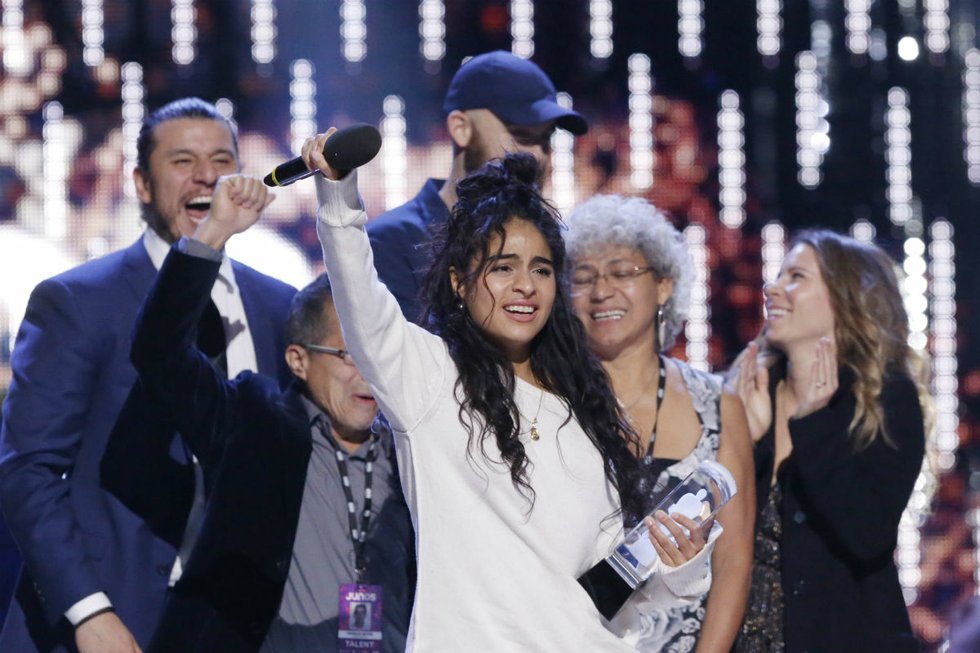 Jessie Reyez wins Breakthrough Artist of the Year at the Junos.

Later at the Saturday night Awards Dinner Gala where Denise Donlon received her award as an industry icon, she capped off her powerful acceptance speech with this moment:

“There are hundreds of extraordinary women in this very room tonight – smart, creative, focused warrior women. Look around you! They’re game changers, and there they are. We did some work today, so gentlemen, now it’s your turn. I would ask all the men who pledge to champion women – stand up! To the all the men who promise to support and mentor women – stand up! There they are, ladies: your allies in the march to gender equality.

“Let us all wholeheartedly embrace diversity, respect and inclusion in our hearts and our deeds. And not only will Canadians continue to win, but we will also truly thrive.”

I can tell you it was a shiver-inducing moment in the room. It felt like a slow-motion shot that ended in a freeze frame in which the guys at first looked at each other, terrified. Then, one by one, they stood up and saw each other realizing the time had come. It wasn’t as bad as they had thought. Now all they had to do was follow through and collectively do their part in helping us all achieve our dream for an equal and diverse playing field. 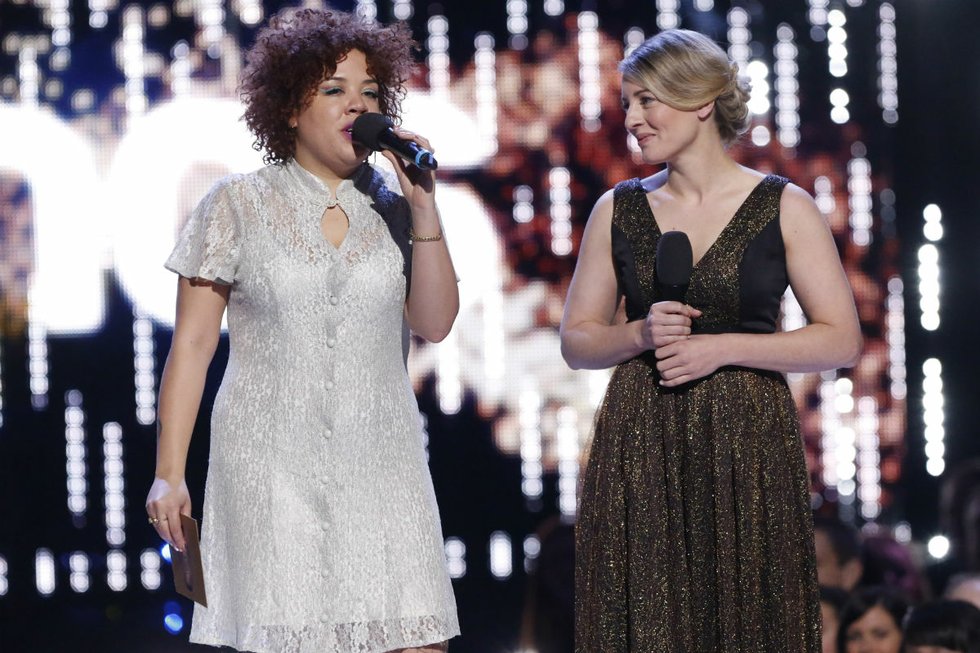 The next night on the main Juno Award broadcast, just before she gave Jessie Reyez her award, alongside Heritage Minister Mélanie Joly, Jasmyn Burke of Weaves said “the music industry should ensure that artists and industry professionals never have to choose between a safe environment and a successful career.”

It reminded me of that beautiful quote by Arundahti Roy “Another world is not only possible, she is on her way. On a quiet day, I can hear her breathing.”

Lorraine Segato is a songwriter, filmmaker, event producer and social justice activist. Best known as the lead singer and co-founder of the Parachute Club, she’s been leading a diverse cultural and artistic career in Canada for more than 35 years.