NOW MagazineMusicFeaturesJunos 2019: what this year’s awards got right about Canadian music

Junos 2019: what this year’s awards got right about Canadian music

Stars like Drake and Shawn Mendes might have been absent, but, for the first time, “Canada's biggest night in music” actually started to sound like Canada 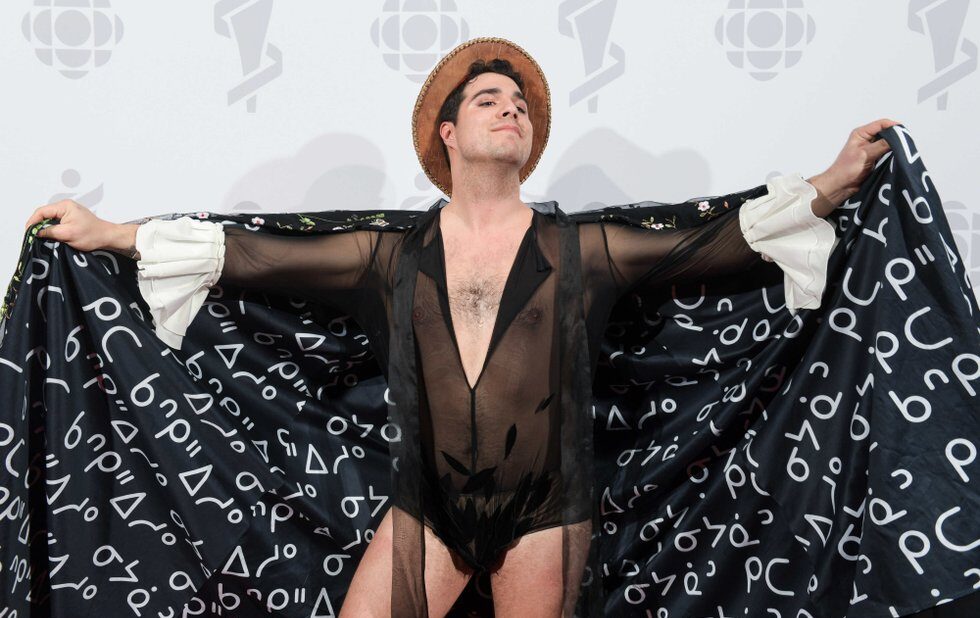 If music is a universal language, is the actual language in music important? In Canada, the answer has always been yes. And oui. And eya’. But you’d be hard pressed to hear the full multi-lingual soundtrack of life here on mainstream TV or radio. So it was pretty significant that this year’s Juno Awards broadcast Sunday night featured not only pop tracks in English by Loud Luxury, Tyler Shaw and Bahamas, but live performances in French by Coeur de pirate and Loud a poem in Inuktitut by Elisapie “thank you”s in Spanish from Jessie Reyez Jeremy Dutcher singing in Wolastoqey, wearing a cape with words written in Cree – for the first time, “Canada’s biggest night in music” actually started to sound like Canada.

Hanging out in London, Ontario for the Juno Week festivities (which included club showcases, panels and a gala dinner where most of the 40 awards were given out on Saturday), it was easy to overlook the fact that Canada’s best-selling musician right now was nowhere to be found, and this year’s biggest trophy winner, Shawn Mendes, only appeared via pre-taped performance from his tour in Europe. Their omissions were felt, but they no longer made the Junos feel cheap or second-rate. Because into the space those no-show stars left behind stepped a rich group of lesser-known but no less world-class artists whose music and message deserves to be heard outside their own linguistic or cultural communities.

It’s fair to say this type of show would not have happened when the Junos were on CTV, home of “we love showbiz” fawning. But now that it’s back, for the second year, on our national public broadcaster, one hopes the CBC will make it stick. Both critical acclaim and sales for these nominated albums indicate the Canamusic-loving public is ready to listen more deeply, and widely, to diverse voices, and the Junos are in a unique position to amplify them.

Here then, are my Drake-free highlights of what the Junos got right in 2019. 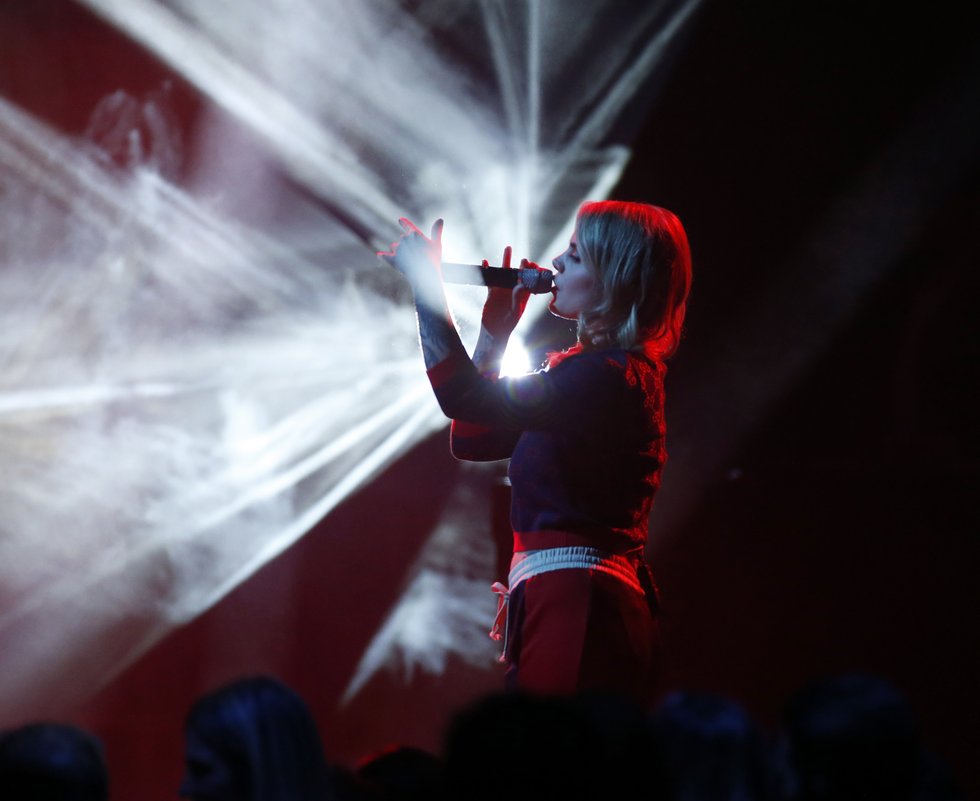 It’s an awful lot to expect a Canadian pop music awards show to resolve our country’s main language divide, bien sur, but a step forward was made by Coeur de pirate and Quebec rapper Loud’s performance of Dans La Nuit – the first time French performers were included in the main televised broadcast. And Saturday’s non-televised gala (where Loud took home this year’s francophone album of the year for his album Une Année Record) opened with fellow nominee Hubert Lenoir, whose oddball album Darlène scored surprising nods in the big album of the year and pop album of the year categories.

Behind the scenes, French was widely heard at parties and in the press room (where Canadian Music Hall of Famer Corey Hart and others took questions in French). Tweeted Coeur de pirate: “Just want to say merci to the @TheJUNOAwards for including a French song in your broadcast. I feel very lucky that I was picked for the occasion. Hope y’all have me in mind for hosting one day, I’ve got jokes for days.” Petit a petit. 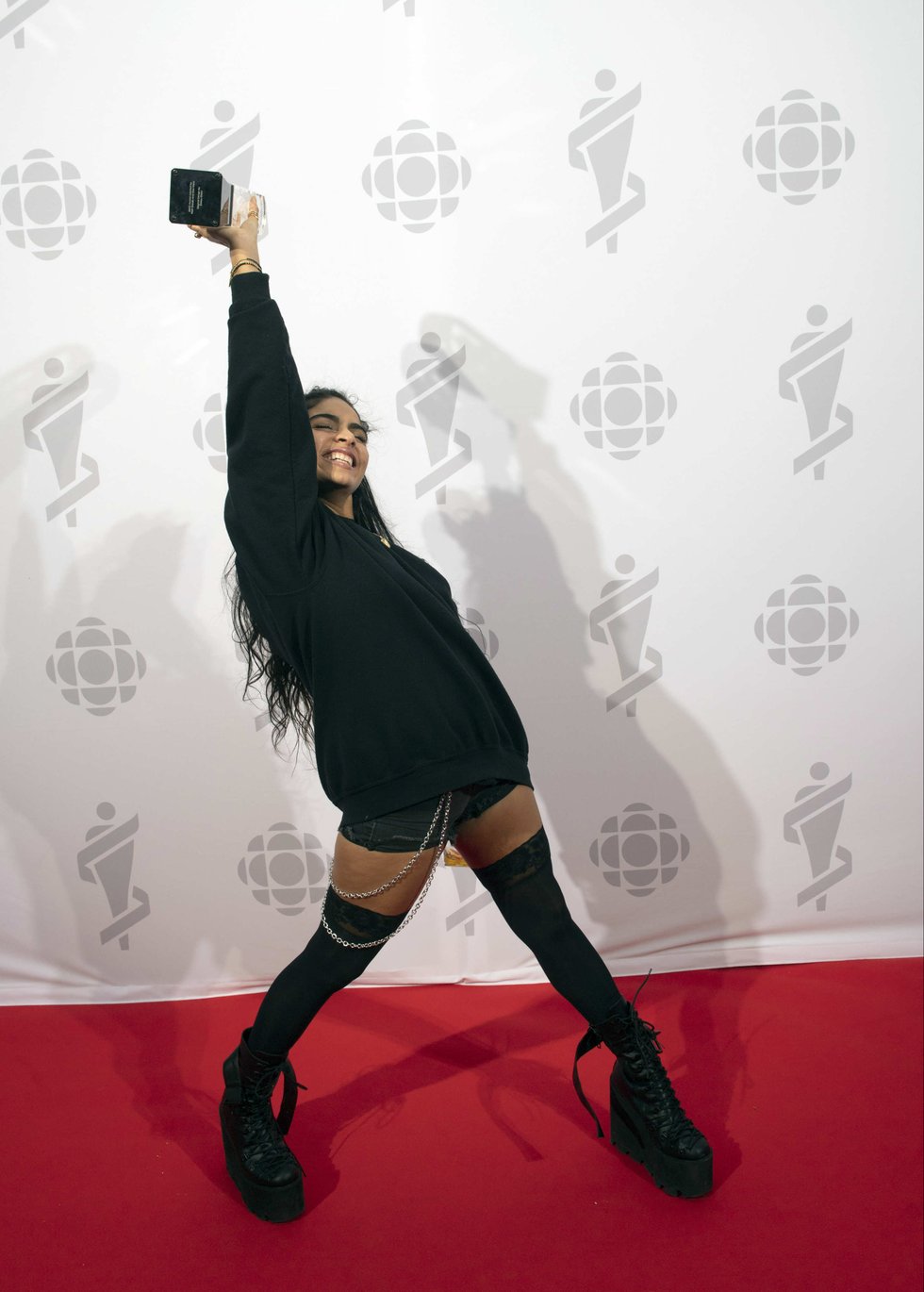 Women and Girls to the Front

Last year’s Junos highlighted the achievements and challenges of women in the Canadian music industry. This year, at the Allies In Action town hall meeting, they reported several initiatives to improve leadership opportunities for women across the industry, and promoted the new Creative Industries Code of Conduct – which more than 40 organizations have signed, committing to reduce harassment, discrimination and bullying and make the industry safer for all.

Also shout outs to Meriel Reed of London Girls Rock Camp (which just received $25K in music equipment from Juno charity of choice MusiCounts) and R&B/soul recording of the year winner Jessie Reyez for inspiring girl power media room speeches: Reed about how music lessons save young lives and Reyez for reminding that it doesn’t matter what you dress like or whether or not you wear make-up, her secret to success is “just don’t be dick.” 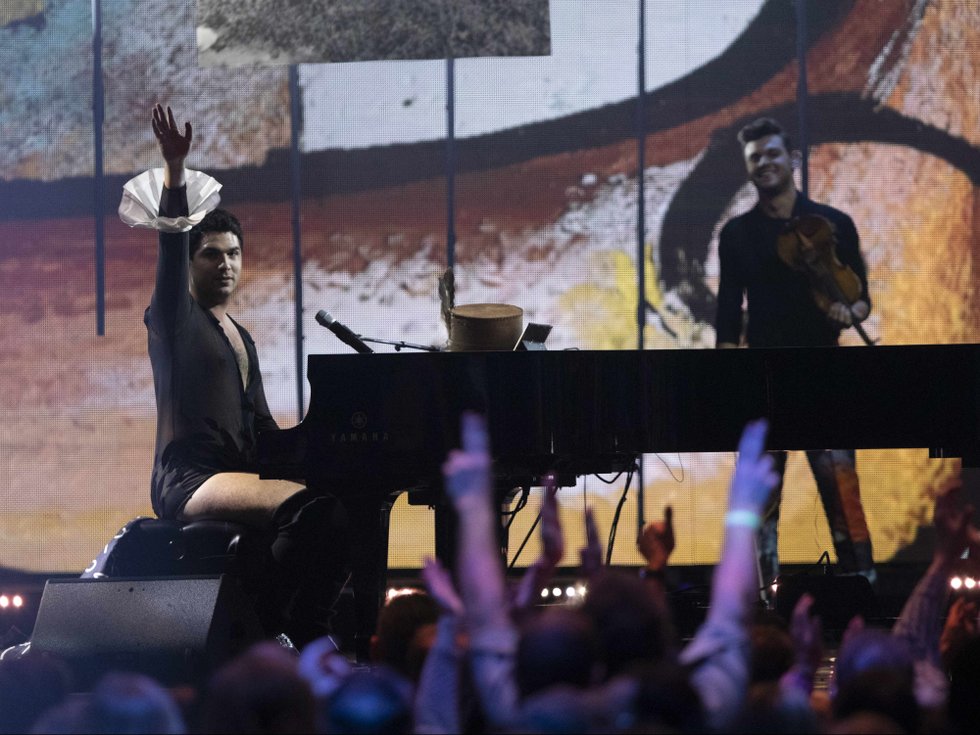 Jeremy Dutcher used every moment of his stage time to speak about issues of Indigenous reconciliation. And he had quite a bit, beginning with his win for Indigenous album of the year on Saturday night, after which he called on Prime Minister Trudeau to do more. He was cut off before making his full points, but later the Arkells gave him their time after winning rock album of the year. “This is what holding space looks like” said Dutcher.

On Sunday’s broadcast – which also included a land acknowledgment from Tanya Talaga – he once again stole the show performing from his Polaris Prize- and now Juno-winning album Wolastoqiyik Lintuwakonawa. Backstage, he told reporters “beauty is a way forward.” This is soft power in action. 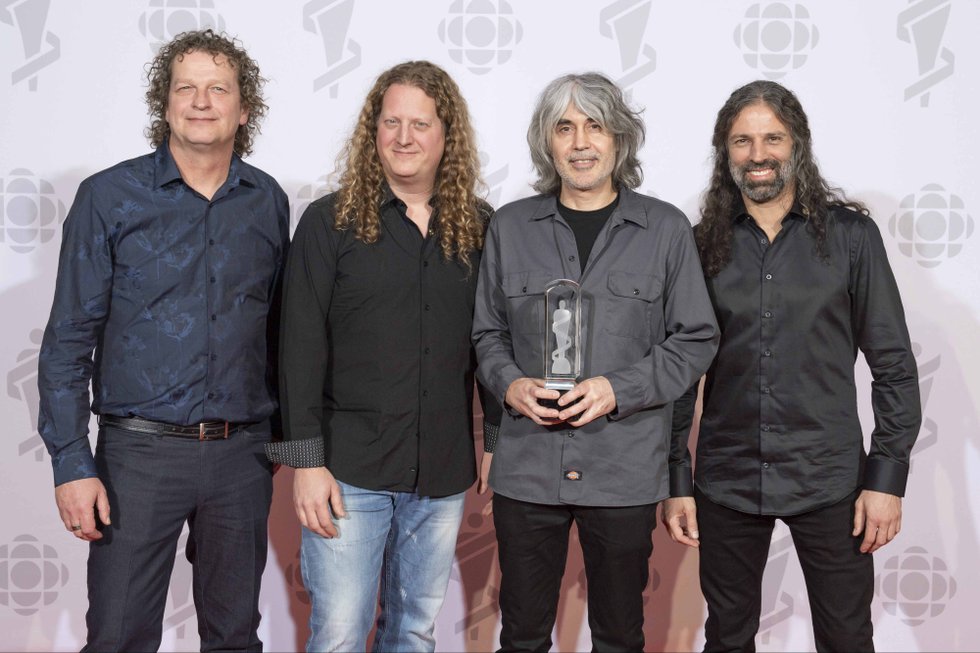 Metal Icons get their Due

Since its introduction in 2012, the metal/hard music category has done a great job of honoring the best new Canadian heavy metal. But in the youth-obsessed music awards show game, real diversity means recognizing veterans too. Quebec progressive metal weirdoes Voivod have been plugging away for more than 35 years but their first-ever Juno for The Wake isn’t a legacy award, it’s a reminder that there’s no time or age limit on creating good records. They seemed genuinely stoked to win and if you can imagine a mosh pit fuelled by pure joy, their after-win Juno Week showcase set was just that. 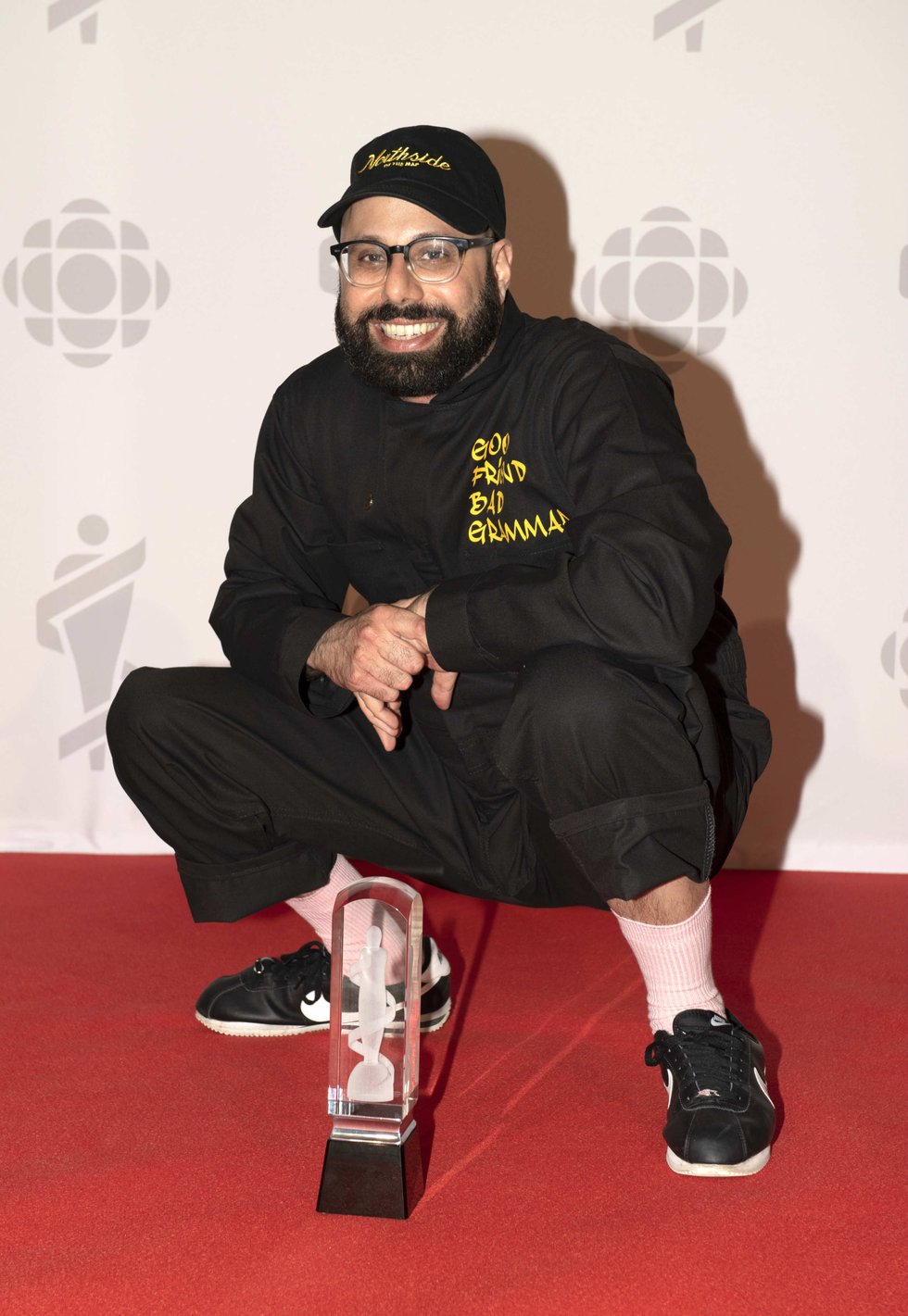 The comedy album of the year award came back to the Junos in 2018 after a 34-year absence, and a lot has happened in Canadian stand-up since Strange Brew. At the Juno Week comedy nominee showcase, we got jokes about trans life from Chanty Marostica, Bible lessons from Mayce Galoni, ad-inspired absurdity from Pat Thornton and Dave Merheje’s masterful impressions of his Lebanese dad (Merheje won for his album Good Friend Bad Grammar). With no slight to the delightful Sarah McLachlan and in full acknowledgment of 2017’s Russell Peters SNAFU, may I suggest one way to make the show more entertaining? Hire an actual comedian to host.