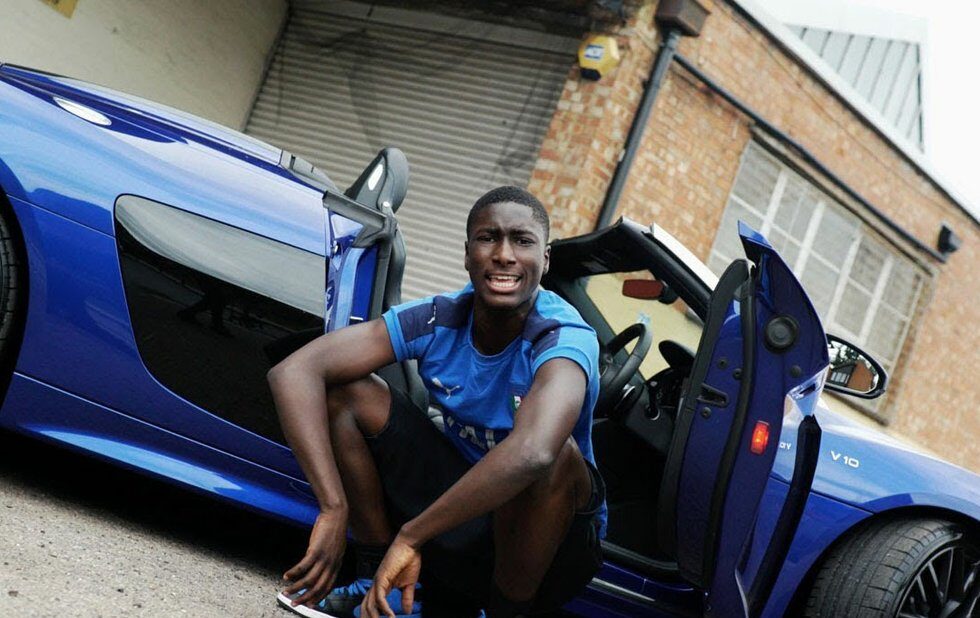 This week on Instagram, Regent Park rapper Lil Berete shared photos of a cease and desist letter his mother received from the Toronto Community Housing Corporation warning him that filming his music videos on TCHC property may get his family evicted.

The Regent Park housing project is a recurring backdrop for Berete’s videos, including Southside, Northside, Migraines, No Makeup and Real, all of which are mentioned by name and YouTube URL in the letter. His videos are very popular, with some topping over 1 million views.

TCHC communications director Bruce Malloch insists that filming on TCHC property isn’t totally prohibited, but says there are specific stipulations, including filing a formal application to the corporation’s commercial unit and its getting consent.

The most striking requirement in the letter is that filing requires a $5 million insurance policy, which Malloch says “is pretty much standard within the film industry.”

As of January 2019, filming on City of Toronto property, by comparison, necessitates only a $2 million insurance policy.

The letter also states that Berete has broken the no smoking policy and trespassed in areas that are closed to the public, both on and off camera. Should Berete continue, the cease and desist warns, TCHC can begin the “commencement of proceedings to terminate [his family’s] tenancy.”

“I was kind of scared,” the New Gen signee admits in a phone conversation.

“I don’t know why they threatened my mom. It has nothing to do with her. You guys can kick me out, but why kick her out? She’s got two other kids to take care of.”

Malloch, though, says the letter’s not meant to be taken as a threat.

“This is just a firm letter that is setting clear expectations for our tenants,” he explains. “We’re not trying to hold this individual back. We’re just expecting that he and his group follow the rules for filming.”

When asked how the videos got onto TCHC’s radar, Malloch doesn’t disclose specifics. But he says that this kind of letter would usually come “after we’ve received complaints from other tenants who are concerned about activities within the community.”

Berete has suspicions of his own.

This summer, a video surfaced on YouTube of Lil Berete and his friends getting ticketed for jaywalking in Regent Park, titled “Were Toronto Police Profiling Toronto Rapper Lil Berete And His Friends In Regent Park?”

Berete says he first became aware of the filming regulations when a police officer approached him during a photo shoot in his neighbourhood. At NOW press time Wednesday, Toronto police were not immediately available for comment.

“They’re cancelling your shows. They’re following you in the neighbourhood. They’re threatening to kick your mom out of community housing,” Berete laments. “If another rapper that isn’t mentally strong heard this, they wouldn’t keep rapping.”

Malloch maintains that TCHC is just acting in the best interest of its tenants.

“When people read the letter, they can see that,” he says. “[It’s] to protect their safety, their quiet enjoyment of their homes, their privacy, and just setting clear expectations for this household about creating films on our property.”

By sending the cease and desist, Malloch says that TCHC is “giving him a chance to remedy the behaviour.”

But Berete says the warning is hypocritical based on how he’s been treated since gaining attention as a rapper.

“This whole summer I swear to God, police, people that work for Toronto Community Housing – at least 12 of them came up to me for pictures and signatures to show their daughters and sons,” he says.

“If you guys are going to send out a letter to me saying no more videos in the ’hood, then tell your kids to stop listening to my music, and stop coming up to me for pictures to show your kids,”

While the letter dates back to September, its release comes as Berete readies his upcoming sophomore mixtape, which he says will address his relationship with Toronto police.

As for future Lil Berete videos, Malloch assures that the housing corp “will gladly work with our tenants to find the right way to do it.”

On Thursday, days after sharing the letter on Instagram, Berete released a new music video for Go N Get It, featuring UK rapper Loski. Ironically, the video was shot far from Regent Park – in Iceland.