Ahead of his archive/blog Mechanical Forest Sound's 10th anniversary, Strutt talks about the importance of documentation and the joys of improvised music 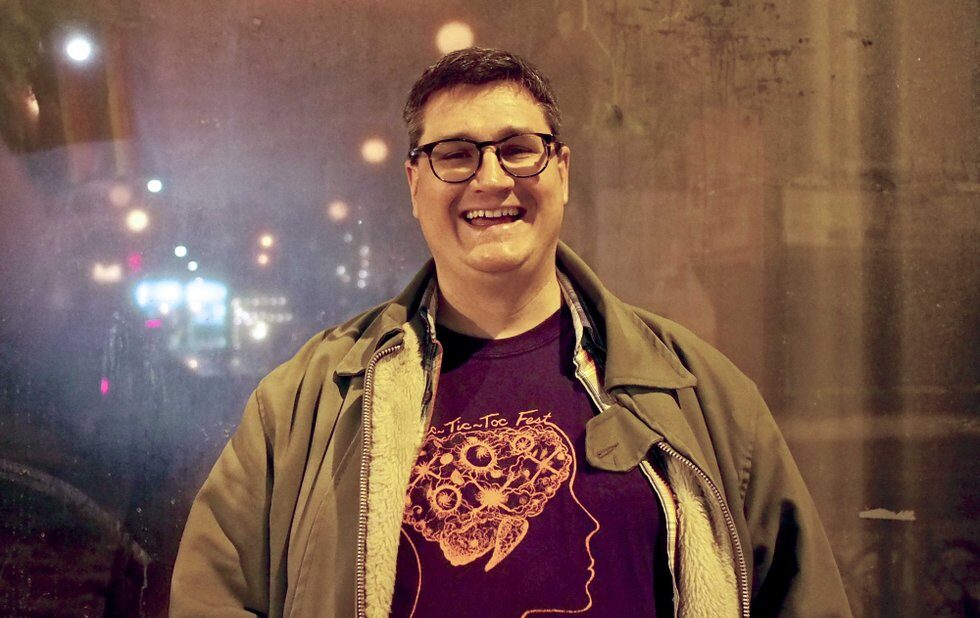 There are lots of ways a person can contribute to a music scene beyond just making music, from being on door duty at a live show, to making poster or album art and taking photos. Often, those are just as valuable and crucial for the scene’s survival.

For the past 10 years, Joe Strutt has been documenting Toronto’s music scene through rigorous recording of live shows via audio and photography on his blog, Mechanical Forest Sound.

The blog began during the late 2000s, when indie rock ruled the city, and Strutt followed artists like Hooded Fang, Moon King and Petra Glynt in their early days. In the years that followed, his interests have veered to the fringes, centring around improvised music.

Strutt’s practice might have been considered bootlegging in past years and either prosecuted or dissuaded, but many musicians have reached out to thank him or even use one of his recordings of them on an album – especially since he’s started documenting one-off performances that might not have any other record.

Sitting at Café Pamenar in Kensington Market, Strutt tells me that it’s now not uncommon for him to come here after hours and have his mind blown by avant performers like Colin Fisher.

Strutt has also branched out into his own artistic practice, as Heraclitus Akimbo, and curates his own monthly improvised music series Track Could Bend, now in its fourth year. What was originally intended as a means to document the live music community at a hyper-local level has opened the door for him to participate in it.

To mark the 10th anniversary of Mechanical Forest Sound, Strutt has organized two nights of music, representing the two overlapping worlds he focuses on. In our conversation, Strutt opened up about the continuing appeal of those worlds and how his approach to documentation has changed.

What made you want to record shows?

I was into live music recordings. That was at a time when torrents were really big and you could find 80 shows Miles Davis played in 1973, or every show by a big touring band like Wilco, who I was really into at the time, and in good quality. But there wasn’t anything for the small, local bands I was going to see.

Before I started, there was a guy in Kingston with a blog called Bootlog, and he’d record all of the bands who were touring through, stuff that you’d never find elsewhere. Here was someone putting independent small-scale music online – it was an inspiration.

Over the years you’ve moved away from recording guitar-driven indie rock bands to more improvisational music. Why?

I think it’s partially a change in my tastes. It’s also growing older and not wanting to be at a bar for a show that finishes at 1:30 am on a Wednesday. I do have a different passion for improvised stuff. I’m still surprised and taken aback by it. When I see [rock] bands, I still have those moments, but I can also slot it in [to something I know], like I understand it already.

Are there shows that you are especially glad to have on record?

I’ve put some thought into this. For me, it’s less about a big moment and more a part of a conversation. Big moments are isolated things, but having 10 years of seeing a band like Hooded Fang, the second band I ever recorded, is more of a continuing strand. It’s part of a conversation, a process of meeting these people, knowing them, collaborating in ways and seeing the changes they’ve been through. Seeing things like that and how the community reacts and changes, I’m more driven by that.

What compels you to record today?

This is the one weird job that I do to contribute to a community. With most of the stuff I go to now, it wouldn’t be documented if I weren’t there. It serves people to have documentation, especially of ephemeral and improvised stuff. A lot of the people I record are people I know and if they need a recording for a grant or a picture for a Facebook event, it’s something they can draw on.

Has your approach to recording changed?

I was more worried about being sneaky at the start, but there’s a huge bulk of stuff where I knew the people I was recording so I could get pretty elaborate with my setup. If I know the sound tech and a friend is playing I’ll ask to tie in to the soundboard and get a nice feed from that.

How has your relationship to blogging changed over the course of 10 years?

What I do has been fairly consistent for a long time and I’ve never worried about having a fancy web presentation or layout. If you take a screenshot of the first year of the blog, it looks pretty much the exact same as it does now.

The first couple of years I wrote a lot. Long, detailed show reviews that were extensively footnoted. That was unsustainable. The gap between the show and publishing the review got longer and longer. [Over time] the blurbs have varied more, depending on however much I have to say. I still try and have some facts about what was going on because I like looking back a lot, and it’s good to leave those things so you can keep making connections.