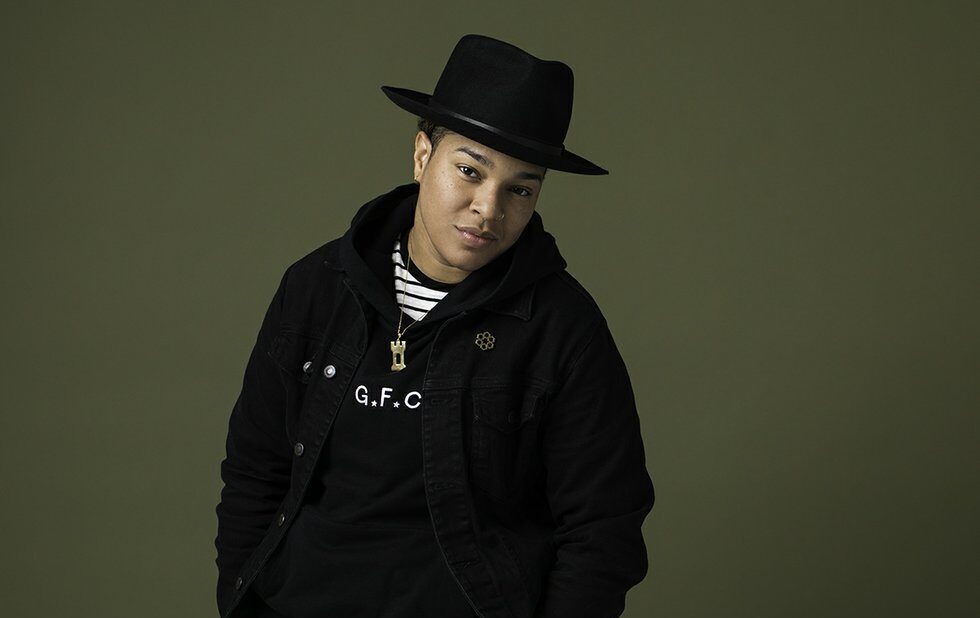 "Manifesto was born out of a [need] to create space – 13 years ago that didn’t exist for urban music. Now it exists," says Eastmond. "Now we need to create sustainability and viability for these artists, for this community."

In early 2018, Manifesto was looking for a new director of engagement.

The people behind the festival and urban arts organization – which has been showcasing and advocating for artists from Toronto’s diverse yet underserved communities since 2006 – had their eyes on music manager Kiana ‘Rookz’ Eastmond, founder of Sandbox Studios. However, Eastmond was reluctant to step away from her “baby” in order to fill the role.

“About six or seven people had reached out,” she explains at her studio, surrounded by some of her Sandbox team members. “I applied the very last day.”

Another aspect was giving her pause: the organization’s structure.

“I wasn’t a fan of the not-for-profit world,” she admits.

Despite having positive experience within it at Nia Centre for the Arts, she found the structure ineffective in helping people of disadvantaged communities develop sustainability.

By the time she exited the interview with founder Che Kothari, she was not Manifesto’s director of engagement. She was its new executive director.

It was a leap that meant temporarily leaving her successful business at Sandbox in her team’s hands, but now, two months into her new Manifesto role, she doesn’t regret it.

We talked to Eastmond about bringing Manifesto back to its roots, building sustainability and the quest to create an internationally recognized festival.

When was your first experience with Manifesto?

In 2012 I was managing [an] artist, and Manifesto was the first huge stage she got on in Toronto. It created an export opportunity for her. When we got that footage, we were able to send it out to other places to be like, “Yo, this the level of performance we can do.”

For people in Toronto to grow, there needs to be something like Manifesto so that [an artist] can say, “I performed in front of this many people, opened for this person, this is where I did it.”

But on the back end of that, which is where my focus is going to be in 2019, is the business side.

Manifesto was born out of a [need] to create space for showcasing – 13 years ago that didn’t exist for urban music. Now it exists.

Now it’s Manifesto’s job to fill the next gap. We need to create sustainability and viability for these artists, for this community. My goal is all about urban music business development.

There’s no music business here. Even if we have the Drakes and the Weeknds, who are their managers? Who are their lawyers?

Do you find that’s a mystery to a lot of new artists?

Yes, because most of [the people they need] live in America. American lawyers. American publishers. [Our] economic growth in this country depends on these artists being able to find that person in their territory.

I want to create a program that’s for music business people. If the festival has lighting, leading up to the festival there are 10 people who are [learning] lighting, and then they’re doing lighting for the festival. So, we’re teaching the skills. You add it to your portfolio. You probably worked with a company because we’re still going to hire a lead company. So they see your work. Now they’re hiring. We’ve just created an employment opportunity in an industry that you otherwise wouldn’t be able to break into.

For all the roles at Manifesto I want to create curriculum pieces so that young people can learn the job [and] be a part of the festival. [Therefore] the festival is not just creating cultural impact but also [contributing] to the economic growth of the music business.

What other areas of Manifesto especially need attention?

The last three years have been very festival-focused. Manifesto [used to do] a lot of different things, [including] different art disciplines, and I want to bring that back. But I understand that things take time. The three-year plan is to amp up the visual art component.

For me one of the biggest pieces that’s missing is governance and business operation. I come from a for-profit world, I see a lot of the gaps. Where can we increase our [internal structure] so that you might not see what we’ve done but you feel it?

I’m the ED this year but I might not be the ED next year. It needs to be something that continues to be handed off. Like, I can just hand you the baton and you have the blueprint and the bible for Manifesto. Maybe I do nothing but festival [this year], just like the previous years, but next year the person, whether it’s me or somebody else, they’re going to be able to do so much more because now the train tracks are down. I want to do all the really dirty dig work so that we can build a sustainable infrastructure.

Are there any other new changes in the works?

We have this new 2,000-square-feet space inside Daniels Waterfront – City of the Arts. That’s a big piece for Manifesto this year, purchasing property.

I’m turning it into a co-working space. It’s not a very big space, but I want anywhere between five to 10 organizations. I’m re-envisioning the Manifesto that I first met at Queen and Dufferin – Stolen From Africa was there and the People Project, Schools Without Borders. Everybody was in this one space so when festival or other opportunities came up, everything felt shared and community based. I envision an office with [organizations like] RISE and Blank Canvas. All these organizations doing really cool things and own their market. How can we all work out of one space?

Will Manifesto be active year-round?

It’s challenging because there’s only been one staff person for the last three years other than during festival season. But now with some of the relationships we have in the for-profit world bridging with Manifesto, we’re definitely going to become a more year-round organization.

I want to bring to life conversations around everything to do with art and culture. Let’s have Manifesto present [actor/writer] Lena Waithe during TIFF. I’d love to present concerts [year-round]. Manifesto’s art-and-music reach is very alternative urban. I want to really own that so that we can become a festival that is internationally known, and people go, “Yo, I want to go to that festival in Toronto.”