NOW MagazineMusicFeaturesLocal Hero: Molly Johnson has some things to say

Local Hero: Molly Johnson has some things to say

Ahead of her Kensington Market Jazz Festival, the fiery local treasure talks community, equity and the state of Canadian jazz 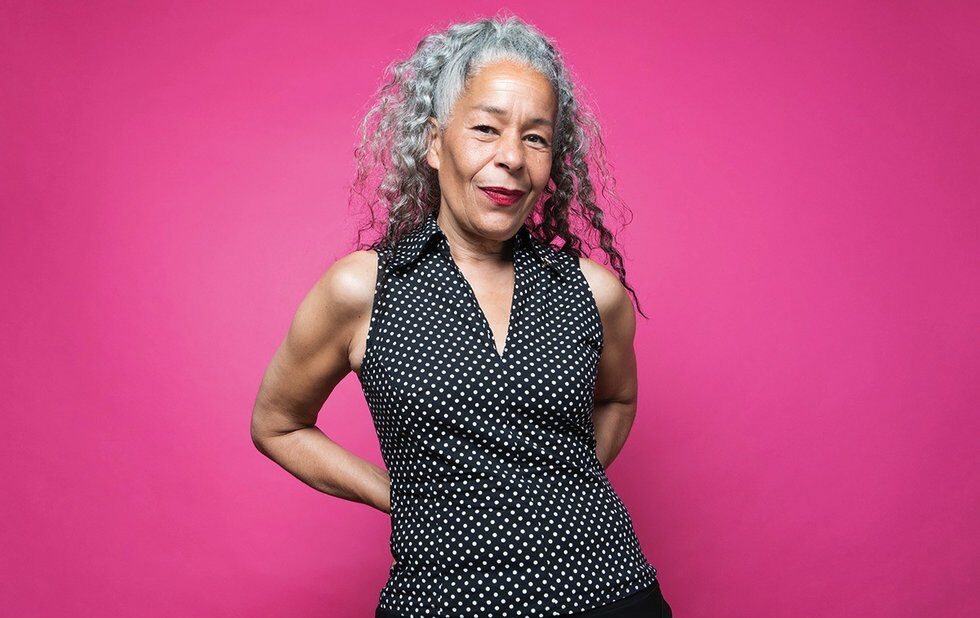 “I remember turning to a whole van load of boys – bandmates – way, way back in the day – grumpy fucking teenage boys [who said], ‘She must be on the fucking rag,’” recalls Molly Johnson, mimicking a petulant teenage boy voice.

“And I said, ‘Fellas, let’s consider this: I’m always on the fucking rag. How’s that? I’m just always going to be way fucking meaner and harder ass than you. And a little bit smarter.’”

It’s a particularly humid, August day, and Johnson is speaking from her home in Toronto as fire trucks screech by. She’s sharing humorous stories as well as urgent siren calls of her own about the harsh realities of being a woman in music, delivered with quick wit and that famed raspy-raw voice. After all, she’s spent nearly her entire life in the entertainment business.

Discovered as a child by Ed Mirvish for his Porgy and Bess production in the late 1960s, she morphed into a brown girl fronting rock and punk bands in the 1980s and 90s (Alta Moda and Infidels), founded her ground-breaking Kumbaya Festival and Kumbaya Foundation in the 1990s, which has raised millions for people living with HIV and AIDS in Canada, became a CBC radio journalist in the 2000s, all the while shape-shifting into a jazz chanteuse.

She’s just released her timely seventh solo album, Meaning to Tell Ya, which tackles political corruption, protest and love with her inimitable voice.

Despite being a member of the Order of Canada, a Juno winner and creator of the doggedly DIY Kensington Market Jazz Festival, the fiery Canadian treasure continues to take on an industry that’s always trying to box her in.  Ahead of her third annual Kensington Market Jazz Festival, Johnson has some things to say about the gender wage gap, the fall of Jazz.FM and the cash-only festival she’s championing.

You’ve been in entertainment since you were a child. When did you feel you were coming into your own?

Well, as family lore goes, it was the early 70s, I was around 11 or 12 and I had been accepted into a show called The Me Nobody Knows at the Craft Theatre. I remember very clearly then and there saying, “This is my last acting job because being Molly Johnson is going to be a full-time job.” Now what Molly Johnson was going to be, I had no clue. But I knew it wasn’t going to be pretending to be other people.

Your parents respected that decision?

My parents had very little to do with entertainment. They weren’t stage parents. They weren’t musicians. They weren’t actors. They were agitators and activists. My parents [were] Black and white from the U.S. with a huge history of civil rights [activism]. It wasn’t like I ever auditioned for anything. It wasn’t an, “Oh my God, I’ve got to sing, and, Jesus, if I’m not dancing somebody shoot me now” kind of life. It was just something we did. And it’s still just kind of something we do. We’re not driven by fame.

Being in the entertainment and music business for so long, what do you still see as a challenge?

Equality in the workplace. That is the game changer. Once women are paid the same as men to do the same job, it will change the culture. And until we do that, we will always be at their mercy. Unfortunately in the world we live in, money talks. So it really is a pay equity issue for me.

In 2002, you made history at the Toronto Jazz Festival as the first Canadian female vocalist in the festival’s 17-year history to sell out the mainstage. Do you wonder what about your music made you the first?

Do I wonder why they don’t give me a headline show of my own? I wonder why when I hear that. [They’re] still squishing me in. Having me open for Gregory Porter – what’s that all about? Bullshit! So, start my own festival.

Any thoughts on what’s happening at Jazz FM91.1?

Well, I’ve specifically stayed right out of it, and all 16 million sides have come at me one way or another. I’m so annoyed and pissed off at opportunity wasted. And privilege disrespected. And that’s top all the way down. When you’re dealing with people’s money, actual people who mail in their $30 contribution, you need to be excruciatingly mindful of who built you. And I feel that all of them disrespected their subscribers and donors.

I build my festival essentially on donors. There are no corporate grants. There’s a little bit of funding from Ontario Arts Council. Nothing from Toronto. Nothing certainly from a bank.

I’m mad about [Jazz FM’s] dysfunction. They used us artists as pawns and I refuse to be a pawn in that game. I write great music. You’re going to play it. You’re not doing me any favours. I’m in fact doing you a favour for delivering you great content. Let’s get the lens on this right, people. Where would a radio station be without, oh, I don’t know, music?!

Where does Canadian jazz go now?

We musicians are all doing what we always do, all of us. I booked 500 of them in my jazz festival.

The Kensington Market Jazz Festival is now going into its third year. How are you feeling about it?

So adorable. Holy smokers. People come into our little office and just go “Oh, the vibe is great.” “Kensington Jazz Festival, how can I help you?” We don’t even have a phone!

You know why it’s so fun? Because there’s no money. Once you get your head past that, it’s shits and giggles. We manage to keep the lights on. We manage to eat breakfast everyday together and it gets paid for. We manage to do what we love to do and do all that other stuff that we have to do because it is a cash-only model. So we don’t touch money. Our volunteers touch money. Our volunteers collect money at the door and give it to the band. [The band] goes to the artist lounge, gets some fried chicken and a cold beer and hang out. It’s super-chill.

How did you decide to start it?

Similar to Kumbaya Festival [which Johnson organized from 1993-1996], I recognized my Rolodex. Recognized the responsibility of actually knowing these musicians and looking at the challenges I face as an Order of Canada and Juno winner and then looking at my colleagues and going, “Well, if it’s this fucked up for me, I can only imagine what it’s like for my pals.” That’s a motivator. It’s a motivator to acknowledge and support a part of our music community that has really committed to a particular kind of lifestyle and music. There aren’t any Justin Biebers. Well, there are a couple, actually. Quincy Bullen is definitely our John Legend.

Did you pick Kensington Market for specific reasons?

I did. We’re endeavouring as a festival to weave our way through the market, to be a part of the market rather than an event that happens once a year, causes a bunch of chaos and then is gone. We started a little piano school in the market. So we run a music school all-year round.

We look at different artists in our Rolodex and go, “Oh my God, this guy needs a record pronto.” Laura Hubert from Leslie Spit Treeo is an old pal of the festival. We went and did a very fast little turnaround of a fundraiser for her, raised a little chunk of dough and she made her own live album that will be released at the festival this year.

Of course, we’re in the obvious ticketed venues, but then we weave ourselves into non-music venues. And we curate busking. We choose great artists who normally wouldn’t be busking. So they may go to a non-music venue and we send our volunteers with buckets to collect money for them. We’ve been working with the restaurants around the park and they’re each going to create a picnic lunch. So you can go get your takeaway and then come sit in the park and hear something great. Every year we get a little stronger.

Do you feel that jazz is flourishing in Canada?