Have we been underestimating Mariah Carey?

With her new album Caution, she's taken back her rightful spotlight as the queen of popular R&B. But why now? 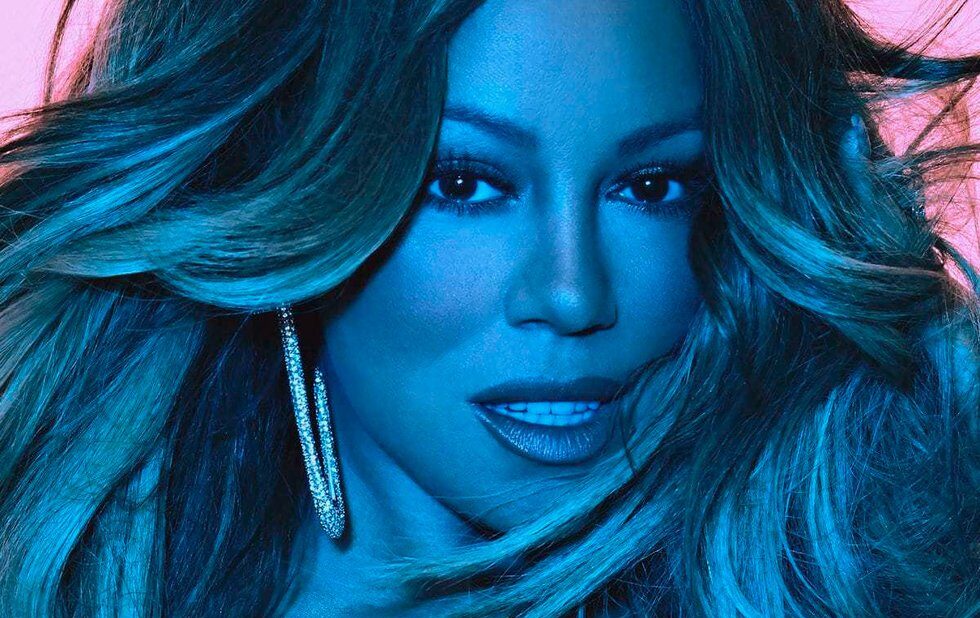 Full disclosure: I’m full blown lamb. I’ve been accused of taking Mariah Carey too seriously. That’s not about to change with this article.

But it seems like the world is starting to take her as seriously as I do, and rightfully so. The pop singer has just released her 15th full-length studio album, Caution, and it’s been met with the most widespread critical acclaim she’s had in over a decade. It’s also number five on the Billboard 200.

Carey has been taking back her rightful spotlight as the queen of popular R&B (not to mention Christmas). And yet, there remains an ambiguity to it all. Carey hasn’t received so much media attention since her record-breaking release of The Emancipation Of Mimi in 2005, and none since then have stirred an energy as tangible as her new release. So why now? Why have we been neglecting Mariah Carey?

Caution features collaborations with a handful of hot artists and producers, like Toronto’s Nineteen85, renaissance man Blood Orange, viral rapper Gunna, the legendary Slick Rick and, yes, even a near-unrecognizable appearance by Skrillex. But despite the variety in styles, the most notable element of the album is its succinctness. In interviews, all of her collaborators have been clear about one thing: Carey is 100 per cent behind the creative process. She isn’t pandering to trends, which is perhaps why it feels so fresh.

Let’s not forget that Carey, with game-changing singles like the ODB-featuring Fantasy and Breakdown with Bone Thugs-n-Harmony, established the relationship between pop singers and hip-hop artists collaborating on hit singles, which is now simply the standard formula of how pop music is made.

Carey’s influence is indisputable – she set the stage for R&B and pop megastars like Beyoncé, Rihanna and countless others, and you can hear her virtuosic vocals echoed in just about every singing competition show. Equally undeniable is her chart success. Of Carey’s 21 projects (including compilations and remixes) only three have missed the Billboard top 10.

Recently, Carey was nominated for the 2019 Songwriters Hall Of Fame, a much-needed reminder that she is first and foremost a songwriter. It’s a fact that often goes bizarrely unacknowledged, but Carey has penned almost every track on her 15 studio albums, including 18 number one singles – a figure that exceeds the record of any male recording artist ever, other than the Beatles (and maybe Elvis, whose success mostly predates the Hot 100 era).

Her role as a songwriter seems lost on most listeners, and it’s something she’s hammering home on the promotional rollout of this record.

So why then, during this most celebratory moment, do I feel so apprehensive about all the praise? A number of critics have taken to branding this the “Season of Mariah” – which to me is more foreboding than it seems, because as we know: seasons change.

A closer look at the glaring disconnect between the singer’s reputation and the reality of her legacy reveals a much darker truth, one that Carey has been navigating over her more than three-decade career: the industry’s never-ending obsession with diminishing the merits of its female artists.

In recent years, the public has dwelled more on her celebrity drama, including a seemingly pointless (though I loved every minute of it) foray into reality television that documented a sham marriage to a gross multi-billionaire, and a ridiculously sketchy manager clearly intent on stealing the spotlight while her career fell to the wayside. It all culminated in that disastrously messy New Year’s Eve 2017 meltdown, a scene that seemed too chillingly familiar to the drama of the early 2000s, which, in 2001 during the launch of her movie Glitter, left Carey in an exhausted, suicidal state, and the laughingstock of the music industry.

Carey’s every misstep and quirk has been scrutinized to a viral extent. Whether it be through compilations of Carey using words like “festive” or “moments” or “festive moments” in her Home Shopping Network guest appearances, or technical failures such as that much documented New Year’s Eve performance, it seems the public loves nothing more than to dismiss her as a dim-witted celebrity prop.

Despite being a tabloid fixture in the early 2000s, The Emancipation Of Mimi was triumphant it featured a revitalized Carey, free from the chains of the evil and controlling label boss and ex-husband Tommy Mottola. That album became the best selling record of 2005, garnering numerous awards and hosting what might be one of her greatest contributions to music history, in the form of her single We Belong Together.

Then, mysteriously, her next four records failed to capture the zeitgeist in the same way. They were all strong and consistent (though weighed down with lengthy track lists and unnecessary bonus material) and received good reviews, but songs like I’ll Be Lovin’ U Long Time, aggressively crafted to be chart-breaking anthemic singles, didn’t unite the masses.

Caution is a fun, flirty, breezy affair. Gone are the maudlin ballads, which are common territory for the singer, until album closer Portrait. On that song, Carey details a familiar narrative of self-imposed alienation and isolation, the result of years of emotional abuse. The song appears tucked away at the end of the very lighthearted record, as if to not alienate her renewed audience. On a more human level, this is something very dark to consider.

As a public we are complicit in this relationship. Time and time again we have watched talented young women be broken down and destroyed all in the name of entertainment. Who didn’t love Britney’s breakdown? How thinly veiled is the industry’s urge to turn Mariah into the next Whitney?

It’s this constant cycle of praise and dismissal of female recording artists that leaves me with a foreboding feeling around the seemingly unanimous praise at the moment.

The mainstream audience seems to almost arbitrarily decide which albums to rave about and which to ignore – leaving her career perpetually trapped in a never-ending potential “comeback” status.

It feels soggy and pessimistic to be addressing this in such a celebratory moment, but Carey’s history is nothing if not a cautionary tale. Maybe we are subconsciously experiencing a collective exhaustion with bully culture. Maybe, in this harsh social and political climate, the swoon-fest that is Caution has awakened a little tenderness in its listeners.

Beyond all of this, and most importantly, amidst the festivity, Carey seems to be legitimately happy for the first time in decades. Whereas in the past she’s relied on hiding behind the “diva performance,” and shady quips, she’s been turning up on morning television shows seemingly fresh out of fucks, and relaxing into her maximum Mariahness.

For us lambs, the resurgence is a thrilling thing to witness. Regretfully, it feels as though Mariah Carey represents the time we waste being fickle and trendy, and abandoning the legends history has given us. On the other hand, it leaves plenty to go back and celebrate – and hey, we belong together.