Remembering a time when MySpace was king, pay phones were very necessary, and t-shirt sales were more lucrative than tour grants 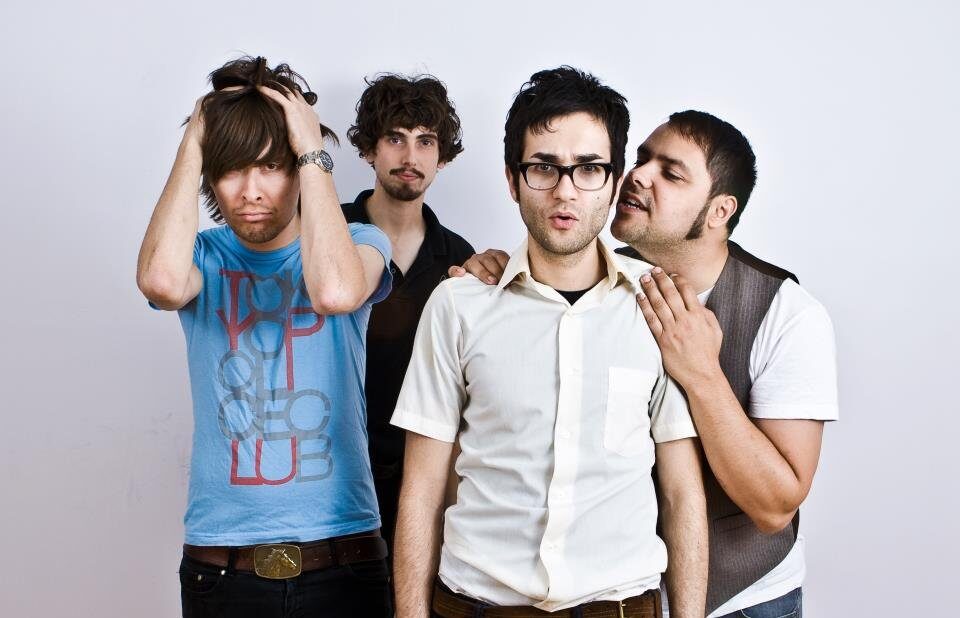 Looking back, it feels like the 00s were a golden age for Canadian indie rock. Arcade Fire were beginning their ascent to their current arena rock status, Broken Social Scene, Metric and Feist were becoming huge critical darlings and the music industry was paying attention.

Through the hype, V2 Records (a Richard Branson-owned subsidiary of Virgin Group) was looking for their own prize Canadian indie gem and they found it in Toronto’s Meligrove Band, releasing their lush, piano-centric album Planets Conspire in 2006. The band was dropped a year later with the label’s sale to Universal. Now, Label Obscura is re-releasing the album as a double LP, free from the loudness wars mastering job V2 secretly ordered, and presented as the band initially intended it.

Though they’ve mostly thrown in the towel, the band will reunite for one final performance at Lee’s Palace. With the return of the Meligroves, along with many of the other indie acts of their time, it’s feeling a lot like 2006 again. But, as bassist Michael Small writes, things have changed. A lot. Below, he takes us through what it was like to be a touring band in those halcyon days, accepting MySpace requests at internet cafes and mapping out their routes in a giant, pleather-bound atlas.

In the mid-2000s, most bands did all of their promotion, and even most of their communications, on MySpace. Before we hired a booking agent, venues and promoters would write us there instead of using email. Most bands’ CDs had their MySpace URL on the back instead of a proper website or even email address.

At the merch table, people checked the backs of our CDs for songs they knew from MySpace, while signing up for our email list – which we then used to just send people our MySpace URL. Then we’d accept their friend requests and send them our next whack of dates.

Once we got added by a band called Joe Clark and the Progressive Conservatives. I went to their profile and it was just the music player full of the actual jingles from Joe Clark’s winning 1979 election campaign. I figured it was a young prankster from either the CBC archives or a fictional Tory youth group. Either way, those songs were awful.

Who needs FACTOR? CDs and t-shirts could fund entire tours

The mid-2000s was a special time when band t-shirts were super popular – especially if you printed your logo on the collarbone or down by the waist… but let’s try to remember the good stuff. I used to cab home from a basement warehouse on Spadina with hundreds of shirts I got for $3 each, silkscreen them in my kitchen on Harbord and sell them for $10 at our shows. We filled three huge plastic tubs with them. Between those, our massive Traynor amps and CD boxes in every cranny and lining the floor under each seat, our 1989 Econoline could barely make it up the hills of northern Ontario.

We never travelled with any crew – any seat not taken by one of us was reserved for more merchandise. Especially on tours where we were the opening band getting $150 flat, merch sales were what put gas in our leaky tank.

The great thing about CDs was that people could impulsively buy one, stick it in their coat pocket and keep partying. Vinyl moves more slowly. You’re more likely to buy a 12-inch LP at the end of the show when you’re leaving, but by then the impulse might be gone.

Around 2010, American Apparel pivoted to a preppy, button-down, non-rock look, and the people followed. We did a big lap around the U.S. with Born Ruffians, both bands selling barely any t-shirts. That, coupled with the seeming final death of the CD as a thing people wanted, made for some lean times at the merch table (and therefore our lives). Opener tours became financially impossible. All we’ve done since then is take the odd flight to Winnipeg or Halifax when festival money made it possible.

Every morning when our motel kicked us out after nowhere near enough sleep, the hunt for a pay phone began. Any news from tonight’s venue? Any news from our homes? Is tonight’s place to crash still happening? When are we supposed to phone CBC Radio for that interview again? Do we really have to tell them about opening for Tom Cochrane? We’re out of vinyl, by the way, can you ship a case to our friends in Halifax? Wait, did you just say FACTOR declined to fund another tour? Definitely send those records!

After that came the hunt for a diner that served breakfast after 11 am. Without the mobile internet’s help, we had to ask around at our shows. This often led to local fans wanting to show us “the best breakfast in town.” Problem was, there’d always be a lineup there – and also at the second-best place – until we were out of time and so, so hangry. After a particularly painful morning in Thunder Bay, we made a new rule on the drive to Winnipeg: the Meligroves brunch alone!

On the cover of a local weekly? Cool… if you have a scanner

The week Planets Conspire came out, we got the cover of Eye Weekly, with a two-page spread and huge photo inside. Great! Except… how do we show people outside of Toronto? Take photos? Not on the trash digital cameras of the 2000s! People just had to trust that the tiny, pixelated cover image on our MySpace wasn’t fake – and hope some future technology might someday help us share the whole thing.

Had fame and riches not eluded us, we could have hired a full-time archivist, Neil Young-style. Instead, all of these newsprint weekly covers, daily-newspaper stories (often alongside ads for Nicolas Cage’s Wicker Man) and more ended up in a bulging, orange Sonic Boom bag under my bed. Which reminds me….

TV appearances got recorded on VHS, or were lost forever

Aside from a hilarious eTalk Daily appearance, given to us by a friend with a TV-to-DVD burner, I’m sitting on all these VHS tapes – opening for elderly line-dancers on Breakfast Television, answering viewer mail on MTV Live, mocking a certain disgraced presenter’s questions on his own CBC show. It’s all locked away forever on big clunky VHS tapes. Maybe this is for the best.