The soft rock veteran talks working with Thundercat and Aretha, hearing his voice in hip-hop, and attracting a new generation of fans 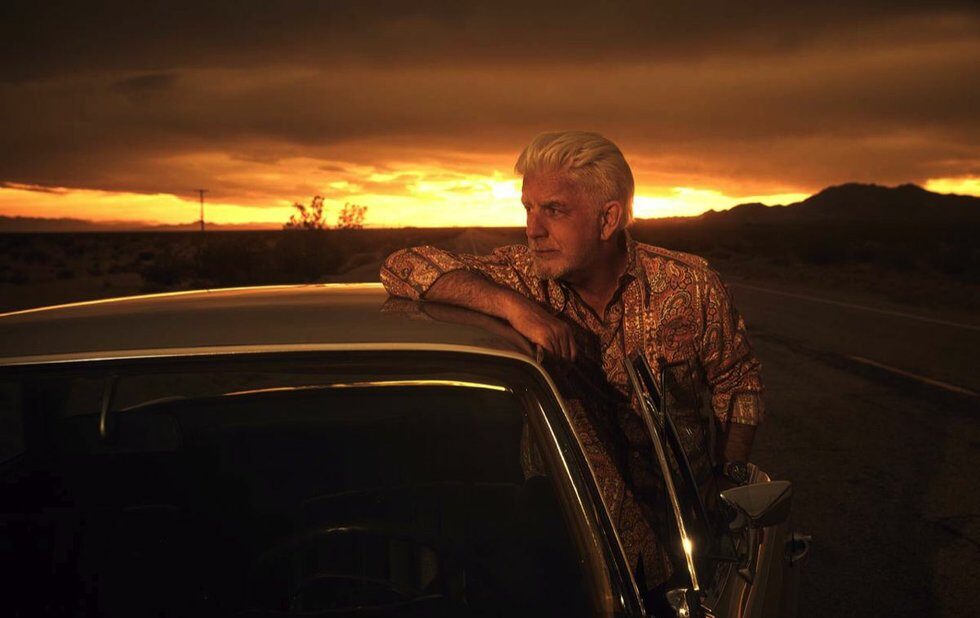 “I thought that when I was 66, if I was still alive, I’d be on a couch somewhere with a channel changer,” says Michael McDonald speaking from his home in Santa Barbara.

The legendary soft rock/soul singer – Steely Dan, the Doobie Brothers, as well as a celebrated nine-solo-album, 45-year career featuring collaborations with Ray Charles, Chaka Khan and Patti LaBelle – is in between legs of his tour and pondering the next chapter of his life, one that may no longer focus solely on music.

“I used to spend a lot of time on the piano. I could barely cross the room to get a cup of coffee without getting lost in some idea. Not so much any more I have to bring myself to task,” he explains. “I find myself wondering [if] maybe there’s totally different pursuits I might want to explore. I like to paint. I’ve always written short stories. I like the idea of getting off the road for a minute, just driving up the coast and renting a little room somewhere near the ocean and sitting at my computer.”

But before McDonald can move into the next phase of career, he’s got an album to tour – 2017’s critically acclaimed Wide Open – and a new audience to embrace: a younger generation of fans have been discovering his music through hip-hop co-signs and collaborations with artists like Thundercat.

You’re known as a soul musician, but Wide Open incorporates country. Ever considered a country album?

I’m a big country fan. I remember as a kid when Ray Charles did the Modern Sounds In Country And Western Music record, that’s one of the reasons I became a country fan. I love Hank Williams songs but I love hearing Ray Charles sing them much more. He reached way in and pulled something out of those songs that might have gone undiscovered had he not made that record. I’ve thought about [making a Ray Charles-ish country album] for many years but those are some big shoes to fill.

When you heard I Keep Forgettin’ (Every Time You’re Near) sampled in Regulate by Warren G and Nate Dogg, what were your thoughts?

They ran the gamut. I wasn’t sure I understood it when it first happened. I remember thinking, gosh, you know, if I had walked into Warner Brothers with one of Sting’s songs that I had re-written a lyric to and sat down with the A&R guys and went, ‘Hey, here’s my new record,’ they might have looked at me like I was nuts. But in the spirit of “all things are possible,” it became a whole genre. It kind of irked me at the time but now I’ve come to accept [it]. I’ve met Warren G and he’s a wonderful guy. And it certainly didn’t hurt me that that record was so big. Kids – that’s the version they grew up listening to. And they prefer Warren’s version.

it’s come full circle with Thundercat, who was raised on your music and you’re collaborators.

I’m a huge fan of his. He’s such a great instrumentalist. His music is very original. He brings his own musicality, his own musical invention, and I find that reassuring coming from the era I come from. I hear a lot of music history in it, but it’s such a clever reinvention of more traditional styles of music, which sounds funny to me because I remember when funk music was invented by James Brown. When I think of funk music as a kind of traditional music now, I realize how old I am. But Steve [Bruner, aka Thundercat]’s music is in that funk/fusion/jazz tradition that is very familiar to me. I hear everything from Tower of Power to Earth Wind, & Fire to Herbie Hancock to Stanley Clarke. I hear all these ghosts, but I hear someone who’s really taking the tradition to another level, to a different sonic world. That appeals to me the most in new artists.

You worked with the late Aretha Franklin on the 1991 track Ever Changing Times. Can you share a memory about that?

Aretha was one of those artists who you remember where you were the moment you first heard her voice. Kind of like everybody knows where they were when Elvis died or the first time you heard the Beatles. I was 15 and my buddy and I were riding to a gig. We went by to pick up our singer, who was older than us. She had Aretha Franklin on the radio and she was like, “You all gotta listen to this girl. She’s phenomenal!” A lot of female artists in that era all had huge productions: strings, horns and embellishments. And here’s this girl [with] her voice soaring above this fairly raw rhythm section and really raw production. You knew you were hearing something special. She was that kind of a musical presence. Iconic from the moment you heard her.

To be able to sing with her and do a video with her for that little brief period I entered her world, it was an unforgettable experience.