Daniel Benjamin moved to Detroit and got dancified 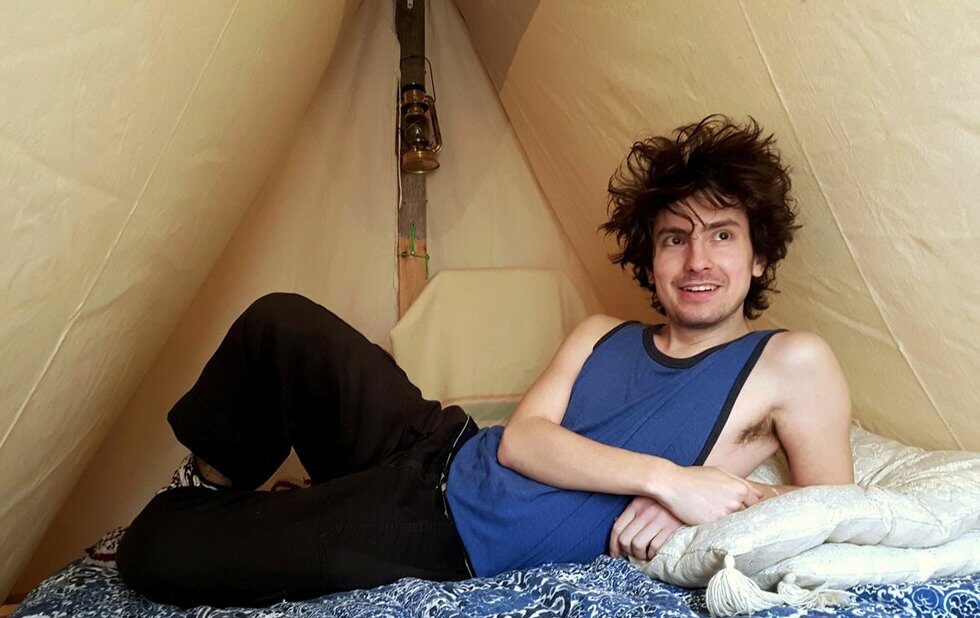 The rhythms of being a professional musician – writing, recording, releasing, touring, rinse and repeat – have the potential to become just that: an exercise in repetition as opposed to a process driven by creativity.

For Daniel Benjamin, the impulse to write music for his Moon King project never went away, but he says he “definitely lost interest in releasing music” after touring so hard behind debut album Secret Life. He ended up abandoning an album’s worth of material between then and now.

Speaking over the phone from Montreal, Benjamin is quick to point to his time in Detroit last year as the step that reinvigorated his creativity and kickstarted Moon King again, leading him to swap bands, labels and sounds.

Named after a neighbourhood in Detroit, Hamtramck ’16 (out on Arbutus on August 4) bears the location and time of this period, though that’s not the extent of Detroit’s influence. Whereas Moon King’s previous records were defined by a dreamy, guitar-pop-driven sound, Hamtramck ’16 ditches the guitars for an electronic approach.

There were already hints of synths, but this shift is far bolder.

“I’ve always been interested in dance music, electronic music and using synthesizers, drum machines and stuff,” he says. “But after arriving in Detroit, I was immersed in that world a little bit more.”

“That was the moment I realized that [electronic music] is something I really care about, want to be more involved in, and the direction I wanted to take my own project.”

Hamtramck ’16’s lead single, In & Out, is the funkiest thing to come from Moon King up to this point, yet it never sounds unnatural or forced. Cuts like Come Around have a strong disco influence but still maintain the dreamy weightlessness we’ve come to expect from the project.

What hasn’t changed is Benjamin’s knack for killer vocal harmonies. They’re still there despite the fact that Maddy Wilde, Benjamin’s long-time co-vocalist and guitarist, is no longer involved.

Moon King is and has always been an outlet for Benjamin’s songwriting, but until now, he’d largely written for Wilde’s voice, an approach he’s interested in building on.

“I love writing for other singers, and I really love writing for female voices,” he says. “Only within the past five years have I been brave enough to sing the parts that I write myself. Prior to that I was writing for Maddy to sing [in their former band, Spiral Beach], and a lot of the early Moon King stuff is Maddy doing lead.”

Vocals are now handled by Natty G, one of the few contributors to the new record outside Benjamin’s brother, Airick Woodhead (also known as Doldrums). The backing band includes Natty G and drummer Ryan Spencer, a new set of musicians Benjamin can’t wait to hit the road with.

Wary of falling into his old rhythms, he’s taking things one step at a time.

“I’m more just excited to play a show at all,” he says of his current mindset. “[After that] we can think about playing 100 shows.”