Morrissey’s boycott of Canada: a timeline

Before he plays at the Sony Centre this weekend, here's everything that's kept him away for 15 years 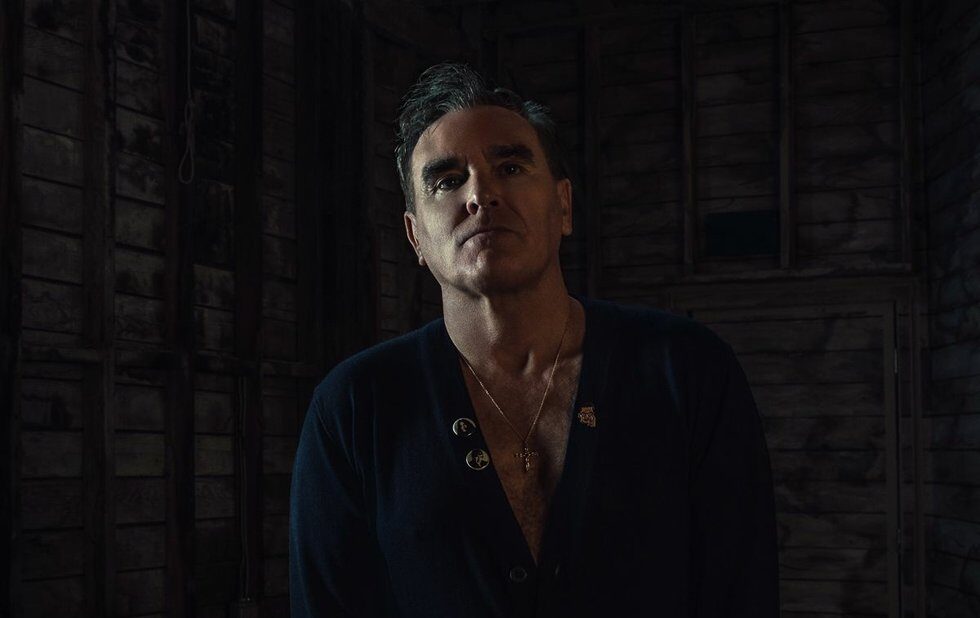 Throughout his career, Morrissey has maintained a reputation for being outspoken to a fault. In recent years that reputation has greatly overshadowed his music.

The list is long and too exhausting to even attempt to neatly summarize here. Just in recent years, he’s come to the defence of Kevin Spacey and Harvey Weinstein, supported the pro-Brexit far-right political party For Britain and linked Halal meat production to terrorist group ISIS.

It’s enough to make even die-hard fans question their devotion. It’s also why we haven’t seen much of the former Smiths leader in Toronto for decades.

In 2006 the vegan/animal advocate put the seal hunting industry in his sights, citing it as the reason why he wouldn’t be including any Canadian dates on his Tour Of The Tormentors. He hasn’t played a single note here since 2004.

With his upcoming shows at Sony Centre, along with a full Canadian tour, that 15-year boycott has officially come to an end. Here’s how it’s played out.

Morrissey plays Toronto at the Hummingbird Centre (now Sony Centre and soon-to-be Meridian Hall) as a part of his You Are The Quarry tour. It’s both the first time he performs in Toronto in seven years and last time he visits Canada for nearly fifteen years.

Fellow vegans/animal rights advocates Paul McCartney and his then wife Heather Mills pose with a whitecoat seal pup in protest of Canada’s annual seal hunt, falsely perpetuating the belief that baby seals are the targets. Canada banned the killing of infant harp seals (aka whitecoats) in 1987, and they were never hunted by Inuit.

Later that month, French film star Brigitte Bardot also makes a trip to Canada ahead of the annual spring seal hunt near Newfoundland, trying to get a meeting with Prime Minister Stephen Harper, who ultimately declines.

Both the McCartney and Bardot visits come as a part of a well-publicized and coordinated campaign of protests that draw in some prominent names from the entertainment industry.

Morrissey joins in the campaign, vowing to never play Canada again in protest of its seal hunting industry. In a statement posted to his website, the singer writes, “I fully realize that the absence of any Morrissey concerts in Canada is unlikely to bring the Canadian economy to its knees, but it is our small protest against this horrific slaughter – which is the largest slaughter of marine animal species found anywhere on the planet.” He argues that the hunting of seals was motivated solely by profit, writing “The Canadian Prime Minister says the so-called ‘cull’ is economically and environmentally justified, but this is untrue.”

Will Munro and Kevin Hegge start Miserable Mondays, a Morrissey tribute night at the Beaver that runs until 2008. Starting the same week that the Beaver opens, it’s a lovingly tongue-in-cheek take on the often overblown morose quality of Moz’s lyrics.

Morrissey begins his Tour Of Refusal throughout the U.S., including Buffalo – the closest he’ll come to Canada for years. Even poor border town Detroit goes 10 years between Morrissey shows, from 2005 until 2015.

Morrissey once again takes aim at Canada’s “sorry image” on his website, this time setting his sights on the Minister of Fisheries and Oceans, Gail Shea. She has no authority to say that seals in Canada are killed humanely, he writes, because she hasn’t elected to be shot by a rifle herself. “If she considers such butchery to be so ‘humane,’ why doesn’t she place herself amongst the tens of thousands of grey-coated harp seals that will be slaughtered within the next few weeks? She could then test the humane aspect of having her head blown off for herself.”

Shea responds to Morrissey, through a spokesperson, in the National Post, saying the seal hunt is humane, sustainable and well-regulated. “This is clearly just another case of a millionaire celebrity, desperate for a hobby, shamelessly regurgitating misinformation and myths that fringe animal-rights groups have been pushing for years,” she says. “In the future, I would urge Mr. Morrissey to consider the impact that his ignorant and inflammatory statements have on the livelihoods of thousands of hard-working men and women in rural communities.”

Moz fires back almost as quickly. “The vast financial benefits of the seal slaughter are not directly intended for those hard-working men and women in rural communities, who, in fact, are merely used by the Fisheries Minister to do the messy task of searing flesh,” he says. He puts it to Canadians to be the agent of change. “Murder is not debatable, and the people of Canada must speak up and stop this carnage in order to restore the global image of their country.” He’ll go on to gloat about Shea’s ousting the following year.

Alethea Arnaquq-Baril’s film Angry Inuk is released, which looks at the personal and financial toll that the highly publicized protests by figures like Bardot and Morrissey take on Inuit families. The documentary critiques the way animal welfare groups portray seal hunting as evil and greedy, and the way Inuit culture and people are often erased in the process. “The images and statements they put out don’t reflect the seal hunting I know,” Arnaquq-Baril says in the film’s introduction. “They don’t even mention Inuit.”

Morrissey announces the end of his Canadian boycott. Though his reasons for the decision can hardly be attributed to any kind of enlightenment, using plainly racist language (“savage and neanderthal”) in his announcement.

“My stance was ultimately of no use and helped no one. My voice was drowned out by the merciless swing of spiked axes crushing the heads of babies. On my return to Canada I feel that I can be of more use by making sizeable donations to animal protection groups in each city that I play,” his statement reads.

Morrissey announces the itinerary for his Canadian tour in support of his covers album, California Son, including performances in Toronto, Montreal, Vancouver, Calgary, Edmonton, Saskatoon and Winnipeg. The last five are postponed due to a medical emergency.

Ariel Engle (of Broken Social Scene and La Force) tells the Guardian that she wasn’t aware of Morrissey’s politics before agreeing to appear on California Sun, along with other artists including Grizzly Bear’s Ed Droste and Green Day’s Billie Joe Armstrong. “The inflammatory things he says are not my politics. I think he’s completely out of line.”

Morrissey pens an open letter on PETA’s website directed at Canadian clothing brand Canada Goose, urging them “to act more like its namesake (e.g., smart, brave and willing to fly off in a new direction) by making the bold ethical choice to remove coyote fur and down feathers from its parkas.” PETA will have a presence at all of the singer’s upcoming shows in order to collect signatures for a petition against the use of animal furs and feathers in Canada Goose products. “I’d be the first to celebrate a cruelty-free Canada Goose coat by wearing one proudly,” his letter states.