Inspired by the Canadian rock icon's 2014 album, the show is all about the female gaze and features artists working from a female gaze perspective 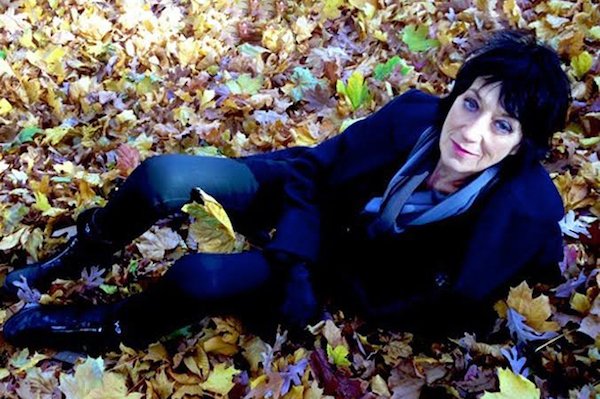 Trailblazing music icon Carole Pope’s edgy and provocative body of work and style have influenced artists like Peaches and Chastity Belt. She and her cohorts in Toronto new wave band Rough Trade had a hit in 1981 with High School Confidential, one of the first lesbian-themed songs to get into the Canadian top 40. On her latest album, 2014’s Music For Lesbians, she returned to her roots of sexual satire and heavy political punches.

“A pretty funny album, a little bit mocking being a lesbian,” chuckles Pope over the phone from her home in Los Angeles, “specifically the song Lesbians In The Forest,” which was inspired by the former Michigan Womyn’s Music Festival.

We spoke to Pope ahead of the launch of the concert series version of Music For Lesbians at the Phoenix, which she’s hoping will happen every few months.

How did the idea for the Music For Lesbians event happen?

Lisa Zbitnew [owner/operator of the Phoenix] suggested it. Actually, it was like a harmonic convergence of some sort because I had just decided that I’d love to curate some stuff featuring all lesbians – not necessarily all women, but women’s bands and trans performers – because there are all these amazing acts out there. We ended up using Music For Lesbians as the title, but it’s really for everybody.

What can fans expect from the shows?

They’ll be exposed to artists and performers they might not know about. For instance, Rae Spoon is a multi-talented singer/songwriter, programmer, and author with a refreshing perspective on traditional gender roles. I met DJ Betti Forde when she was in Stink Mitt, and I’m a fan of her remix work with Peaches. This is a win-win situation for all the artists involved, as we’ll be exposed to each other’s fan bases. The show is for the female gaze by artists who work from the female gaze perspective.

Explain why that’s so important.

Art for the most part is from a male point of view. I always say everything is too penis-y, because everything is. It’s all, like, dudes making shows about dudes. Maybe there’s a woman character in TV or film, [but her character is] not really developed. I wanted to get all these strong female performers and look at art through a woman’s perspective. And I’m not talking about macramé, you know.

In your song Lesbians In The Forest you mention a man-free zone. Are cis men and gay men welcome?

Of course! Absolutely! My band is all cis men. I love them to pieces – they are, like, the most evolved men ever. It’s not that I don’t like men – we’re not excluding anybody. I just want to present art from the female perspective. There’s not enough of that.

Who do you hope to involve in future shows?

I love the Pack A.D. They’re from Vancouver, just two women – a drummer and a guitar player. They play grunge rock, and it’s amazing. I have another friend, Kate Rigg, who’s half Canadian and has a band called Slanty Eyed Mama. Very political but funny – beats and hip-hop. I have some friends called Sapphic Musk who play lesbian Viking rock. And certainly, I love Vag Halen in Toronto.

Since the 70s you’ve sung about sexual parody and politics. Do you feel the audience gets it today more than ever?

I think people get it. My fan base, they get it. There’s always a couple of freaky stalkers. I don’t know what the hell they want. [In 1980, Rough Trade] wrote this song called What’s The Furor About The Führer? It’s still very relevant right now.

How important is a music series like this at this time?

Very important! No matter what’s going on, I think this is a great time to be a woman and have your voice heard.