Musicians across Ontario team up for tenants rights 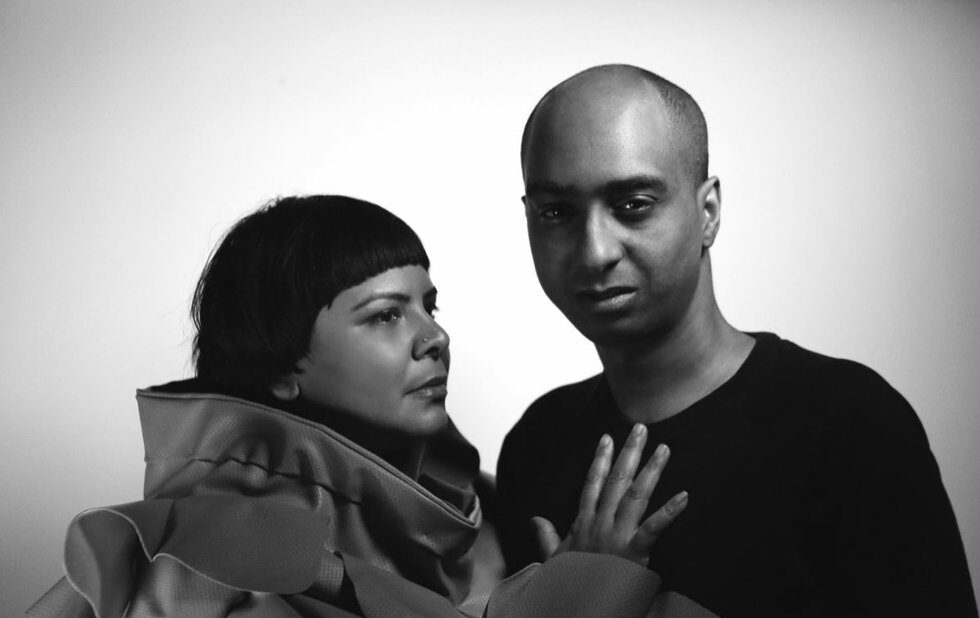 When Rosina Kazi co-opened the DIY venue Unit 2 on Sterling Road nearly a decade ago, the area was a hub for artists who could find affordable live-work studios in its post-industrial warehouses. In addition to hosting concerts and events, Unit 2 is where Kazi lives with her partner and bandmate, Nicholas Murray, and is the rehearsal space for her electronic collective, LAL.

In recent years, however, the rest of the city including developers, tech companies and major cultural institutions like the MOCA have caught onto the artistic cachet and cheap rents of Sterling and moved into the neighbourhood.

We first moved here because it was very nondescript, says Kazi. As this area changes, a lot of artists have been pushed out. There are a bunch of artists up the street fighting with their landlord.

If we ever have to leave this space, we would probably leave Toronto because we couldnt afford to live here.

LAL is one of three acts playing the Tenant Turn Up Mini-Tour. Organized by Hamilton rapper Lee Reed, the goal of the three-show tour is to connect activist groups and raise money for organizations supporting renters in Parkdale, Hamiltons Stoney Creek Towers and Ottawas Heron Gate three communities that have staged protests in the past year to fight unfair rent increases and evictions. The shows in Toronto, Hamilton and Ottawa are meant to call attention to the housing crisis across the province.

Reed works with the Hamilton Tenants Solidarity Network, a group that supports tenants in Hamilton to prevent the displacement of low-income and working-class residents.

In Hamilton, we get swallowed up by the Toronto housing bubble, he says. We used to be a very cheap place to live and all of a sudden were basically the west end of Toronto. Rents are almost comparable.

He says the rising rents have affected nearly every facet of Hamiltons music scene. While musicians could once afford to rent full houses that doubled as jam spaces, its now common for landlords to renovict tenants and partition houses into several smaller units. Like in Toronto, long-running venues have shuttered and new condo dwellers have petitioned for nearby clubs to close due to noise. Many tenants spend upward of 50 per cent of their paycheques on rent, leaving little disposable income for going out to shows.

The problem for artists isnt as pronounced as it for most working-class folks, but it is very serious. [Developers] sell a lot of downtown real estate around art and music, yet Hamilton is becoming a worse place to make music, says Reed. Artists can no longer afford to live downtown.

Earlier this summer, Reed released The Steal City EP, a collection of songs about the new Hamilton and gentrification, with all the proceeds going to the organization supporting rent strikers at Stoney Creek Towers. Reed hopes the Tenant Turn Up tour, which also features Cheko Salaam, an Ottawa emcee who grew up in Heron Gate, will help musicians, artists and working-class renters share ideas about tenant organizing.

We want to a shine a light on organizing [like rent strikes], he says. Its fairly new in Canada and its very effective. More people should know about the work these folks have done and what theyre up against.

The door proceeds of all three shows will be split between the grassroots groups Parkdale Organize, The East Hamilton Rent Strike Defense Fund and Herongate Tenant Coalition. Members of these organizations will also be at the shows to speak about their work.

The Toronto stop will be at Unit 2, which strives to provide affordable rental rates for shows, exhibitions and parties, while offering a sliding scale and bartering opportunities for marginalized communities. For the most part, Kazi has been able to evade the gentrification of Sterling. She lives, works and practises with LAL at Unit 2, and her landlord has never increased their rent. But shes seen how the housing crisis has affected her friends and neighbours.

Weve been making music in this city for 20 years and 20 years ago this was a fantastic city to be an artist in, she says. Everything was semi-affordable and now its tripled. A lot of my friends are struggling. Every day I see a post about someone looking for housing.

She hopes the tour will bring attention to these issues.

We need to start fighting hard. I hope music lovers, musicians and people from different communities come out to the show because these [affordability] issues arent just going to impact the folks in these communities specifically theyre going to impact so much more.