Where Toronto’s nerds are making noise 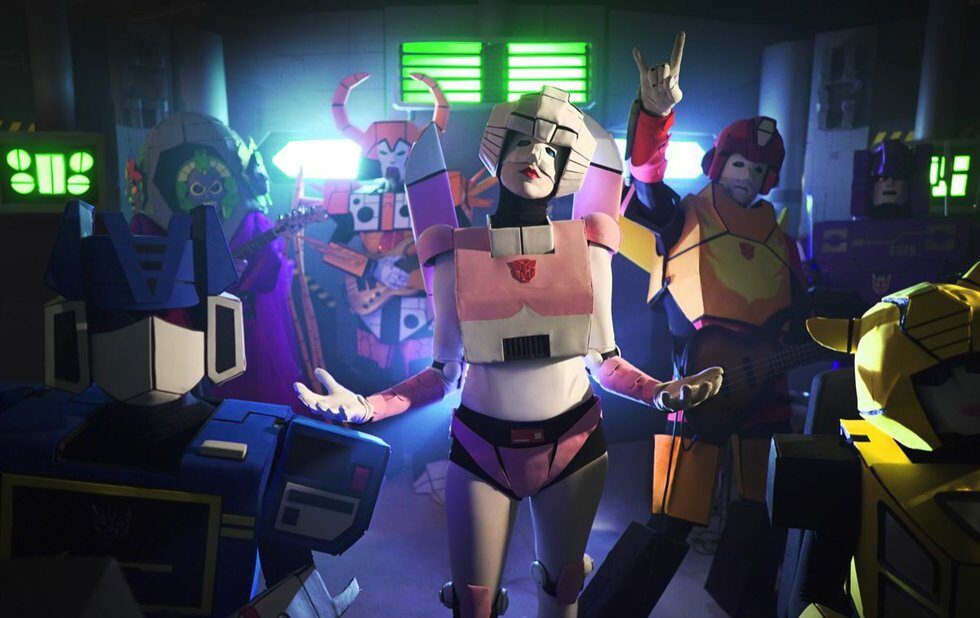 The Cybertronic Spree bring all the volume, screaming guitars, banging drums and heavy bass audiences could want in a crowd-pleasing rock band – and they’re Transformers.

The Toronto-based band debuted at a Nerd Noise Night in 2013, playing songs from the Transformers movie. They’ve since expanded their set list to include robot-themed 80s and 90s rock covers, and released their first original song, Cybertronic Warrior, in 2017 with a video by horror movie director Steven Kostanski.

“These shows are the fuel to our tanks, if you get my meaning,” says Hotrod, the band’s bassist, during a rehearsal break.

Although the lineup fluctuates, the band also includes lead singer Arcee, Rumble on drums, lead guitarist Unicron, plus two hype bots, Bumblebee and Soundwave, who rally crowds to dance at shows. (During our conversation, Hotrod and Arcee never break character.)

“Our story is we cast aside our warring factions for the sake of rock and roll,” says Hotrod.

With a mix of genders and robot identities, the band is as diverse as the nerd music scene in Toronto itself.

Nerd music is a mélange of bands and musicians working in different genres but united around their love for nerd culture, including everything from Star Wars and Dungeons and Dragons to My Little Pony.

“I wanted to put on an event to show off the cool bands I knew that people might not have heard of,” Hatton says by phone from the soundcheck for a Cineplex World Gaming tournament he’s hosting.

The first Nerd Noise Night was at the Rivoli, featured hip-hop artists, including Wordburglar (who also plays on Saturday) and was billed as an unofficial Fan Expo after-party. Hatton wanted to catch some of the people who had come to town for the conference, so he brought tickets to the event and sold them within an hour.

Since then, Nerd Noise Night has established a loyal audience of local fans, as well as enthusiasm from those attending Fan Expo, Toronto ComiCon and other nerd events the shows are scheduled around. (This edition falls smack dab in the middle of ComiCon.) It almost always sells out. It’s popular because it’s fun, and its subcultural origins create a unique vibe.

“At a lot of shows in Toronto, you get a crowd that’s not animated or lively, but thankfully that doesn’t happen at Nerd Noise Night,” says Hatton. The “fandom crowd is not afraid to show when they love something. People get super-into it.”

“It’s no longer a white nerdy guy thing to like science fiction and comic books,” Hatton says. “I see that reflected in the Nerd Noise Night crowd. It’s very welcoming and accepting.”

As part of an ongoing effort to introduce new bands at Nerd Noise Night, Hatton recently put out a call for suggestions for bands fronted by women, those who identify as women, transgender performers and people of colour to boost diversity further.

“That’s what Toronto is and I want the show to reflect [that],” says Hatton. 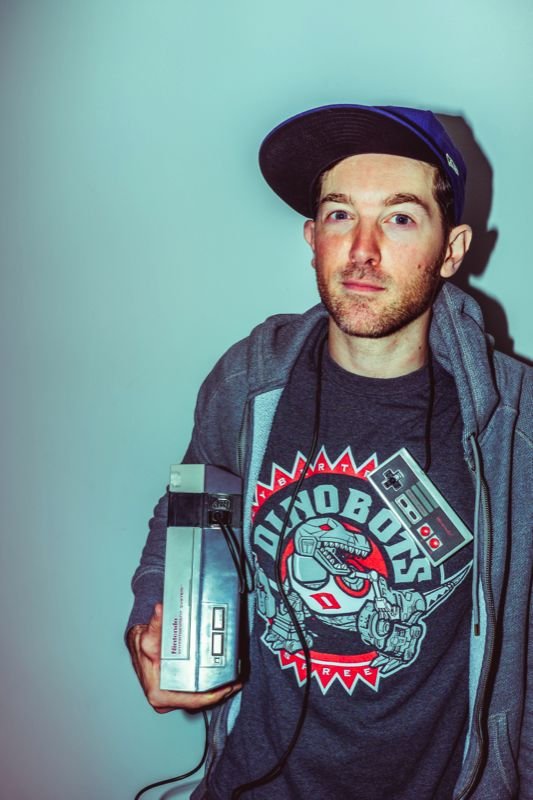 Nerd Noise Night, like nerd culture, encompasses many genres, so robots like the Cybertronic Spree regularly share stages with hip-hop artists like Wordburglar, aka Sean Jordan, a comic book creator, actor and comedian who’s been rapping about comic books, orcs, video games and sandwiches since he was a kid. He plans to release his sixth album, Rhyme Your Business, in the summer and tour in fall.

“I’ve always rapped about what I love,” Jordan says. “Being nerdy about comic books is the exact same thing as being nerdy about records. It’s really just about being an enthusiast and really committed to immersing yourself in things you love.”

That fits the mission of the Cybertronic Spree, too. “We’re a party band, and we have a message about the power of rock,” Arcee says.

Without hesitation Hotrod adds, “May the power of rock unite us all.”