NOW MagazineMusicFeaturesNew Order reflect on their long relationship with Toronto

New Order reflect on their long relationship with Toronto

The influential Manchester post-punk band have only played here a handful of times in their near-40-year career, but their history with the city runs deep 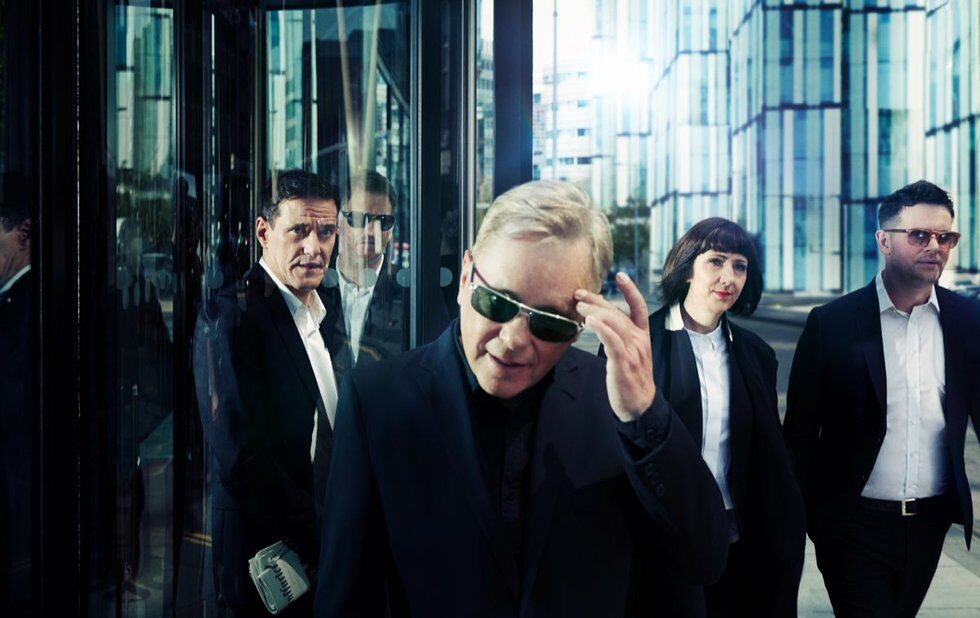 When New Order return to Toronto for the first time in six years this week, it will mark only the eighth show here for the influential Manchester band in their near-40-year career. Still, they have a long and storied history with the city, one that actually began before New Order even existed.

On May 25, 1980, the post-punk band known as Joy Division were set to make their Canadian debut at Toronto’s the Edge, a new wave and punk club located at Gerrard and Church.

Put on by local promoters the Garys, the show would join them in the ranks of up-and-coming acts the club had previously hosted, including the Police, the Cramps and XTC. Sadly, one week before the concert, front man Ian Curtis died by suicide.

“We were supposed to be going on tour in North America the day after Ian died, but it never happened,” explains Joy Division guitarist Bernard Sumner from his hotel in Minneapolis. “Whether [the tour] was a contributing factor to Ian doing what he did, we’ll never know. The pressure of going out on tour in America may have pushed him over the edge. But he never showed any of that pressure. He had said he was looking forward to it.”

The remaining members – Sumner, Peter Hook and Stephen Morris, along with new recruit Gillian Gilbert – went on to form another band, New Order, and in almost no time they began revolutionizing music with their innovative use of synthesizers, samplers and drum machines. New Order would eventually make it to Toronto in November of 1981, just two days after the release of their debut album, Movement.

“We played the Masonic Temple and just about every single piece of equipment broke down and it was the gig from hell, really. I’ll never forget it,” recalls Sumner. “One by one we eliminated the songs in the set list that we weren’t able to play because of the technical problems we were having. I think we had five songs remaining in our repertoire. Do you know what though? It was still a great gig. We got to the point where we just had to either laugh or cry at what was going on.”

Since then, New Order have performed only a half-dozen times in Toronto: at the International Centre in 1985 with A Certain Ratio two shows at Massey Hall in 1986 at the CNE Grandstand in 1987 with Echo & the Bunnymen and Gene Loves Jezebel and again in 1989 with the Sugarcubes and Public Image Ltd Kingswood Music Theatre at Canada’s Wonderland in 1993 with Sunscreem and 808 State and most recently the Sony Centre in 2012.

“I was taking a lot of drugs back then, so I’m afraid I don’t remember all of them,” admits Sumner.

One thing he can still remember is our city’s 80s club scene. Whenever they visited Toronto, they had a first-rate chaperone taking them around to the dance clubs where their 12-inches were staples.

“We used to go out with our friend Chris Sheppard, who was a DJ and one of the first guys to start playing house music in Toronto, or even maybe Canada.”

New Order have had their share of obstacles to overcome over the past few decades. There was the death of long-time manager Rob Gretton, the bankruptcy of their label, Factory Records, and multiple hiatuses, which spawned various side projects like Electronic and the Other Two. Then there was the acrimonious and highly publicized departure of co-founder/bassist Peter Hook a decade ago, which resulted in a lawsuit over usage of the band’s name. (They reached a settlement last year. Hook now performs both Joy Division and New Order albums with his band, The Light).

Although New Order perform regularly, Sumner isn’t sure why Toronto was left off the tour docket entirely between 2001 and 2012. But we are the only Canadian date on New Order’s current North American tour in support of 2015’s Music Complete and 2017’s live NOMC15. And Sumner is looking forward to it.

“We’ve always thought of it as a really chilled-out New York,” he says. “That’s a good thing, because we usually need [some relaxing] by the time we get to Toronto.”