From a time-machine look at Toronto's queer history to an exploration of Scarborough's influence in hip-hop, there's lots of art to take in with your ears 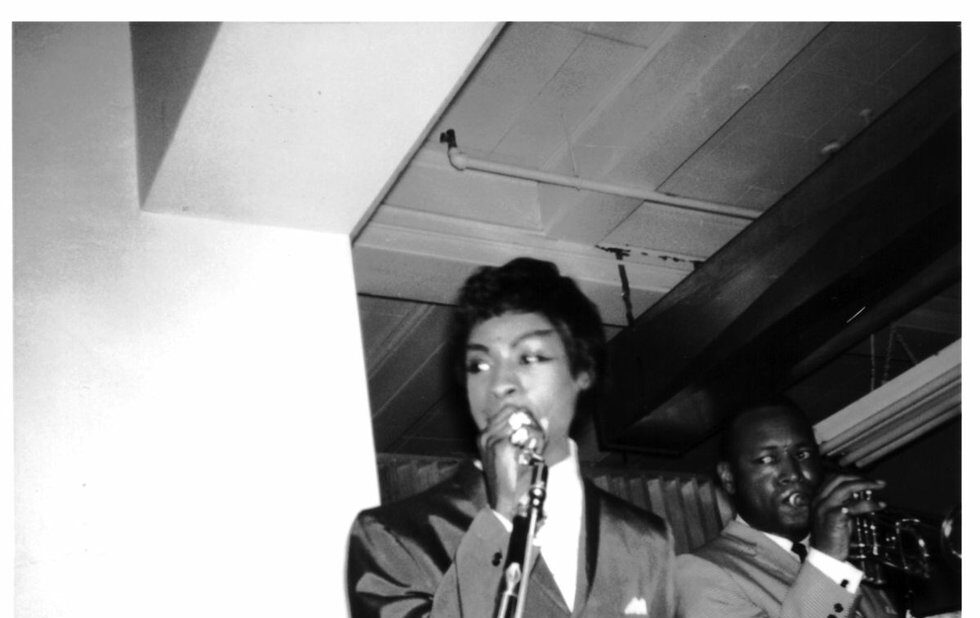 There’s a diversity of artistic expression on display at Nuit Blanche, and this year’s expansion to Scarborough means there’s also a diversity of expression within one of its disciplines: music. From a resurrection of the iconic Toronto club the Twilight Zone to a discussion of suburban hip-hop, plus audio-visual performances, sound art installations and more DJs than you can count on two hands, there’s lots for you to take in with your ears. Here are the highlights.

Down At The Twilight Zone

For one night only, T.O.’s famed Twilight Zone club is back, thanks to the Dream Time exhibition. Down At The Twilight Zone imagines a living archive by celebrating the city’s long-standing queer history with an interactive installation celebrating LGBTQ2S+ buildings from the past and present. Dressed in homage to the legendary Jackie Shane, curator Harold Offeh will act as a guide, helping weave together the installation’s many interviews, stories, playlists, short documentaries, fashions and vintage dance moves. DJs and performers include Olivia Nuamah (Director of Pride Toronto), the Assoon Brothers, the Toronto Sisters of JOY, DJ Nik Red (Blockorama), plus Jaime Sin, NOW’s Kevin Ritchie (Love Saves The Day) and many more.

The Aga Khan Museum will once again be a major site for music and culture this year, hosting more than 80 artists and featuring 30 performances. Highlighting both the city and museum’s place as sites of “arrivals and encounters between people from all over the world” the exhibition will bring together a similarly disparate and diverse group of performers, including soft-pop outfit Bernice, producers Ziibiwan and Obuxum and Pantayo.

This program of talks, workshops and live demonstrations, part of Nuit Blanche’s STYLL exhibition curated by Alyssa Fearon, celebrates the creativity that comes from Scarborough’s marginalized communities. The showcase gives those artists and cultural innovators a platform to discuss and unpack their ideas. The night opens with a discussion on Scarborough’s influence on Toronto’s hip-hop scene featuring a presentation from Dr. Mark V. Campbell, known for his work curating the Northside Hip Hop Archive. There will also be conversations with pillars of the hip-hop scene like Saukrates and Director X.

Also part of STYLL, The Filibuster will find Black and Indigenous artists holding space in the borough’s former city hall and riffing on the political maneuver of filibustering – wherein a politician deliberately prolongs a speech or debate to delay the passing of a piece of legislation. The lengthy nature of Nuit Blanche sets the perfect scene for this group of musicians, dancers, poets and spoken word artists – singer Aqua Nibii Waawaaskone, spoken word artist David Delisca, dancer Diana “Fly Lady Di” Reyes and others – to hold court in a political space and call into question why music and art in general feel so disruptive to the status quo.

These days it’s not uncommon for someone to pull out a phone or portable speaker to liven up an otherwise dreary ride on public transit, though it’s not always appreciated by every rider. This collaboration between Universal Music and the TTC’s Tracks On Tracks for STYLL asks: how will the music affect or inform people’s experience of their journey? How will people who aren’t there for the installation but just taking the RT (which is free during Nuit Blanche) to get around respond?

Inspired by the bpNichol poem of the same name, Lament is a sound and video installation that finally realizes the poet’s wish to have the work played over a loudspeaker at City Hall. It’s a collaboration between video artist Tal Rosner and Toronto-based composer Christopher Mayo that incorporates music, spoken word and video projections to help bring bpNichol’s vision to life.

As part of Dream Time, an eight-exhibit meditation on former Toronto neighbourhood the Ward, the Church of the Holy Trinity will be a site reflecting the area’s shifting nature from its days as a bustling hub for new immigrants. UK-based interdisciplinary artist group Dubmorphology will mix archival media with new photography, video and field recordings along with live performances including storytelling, wind and brass performance as well as choral arrangements. A 12-hour live soundscape.

Part of another exhibition that ruminates on the history of the Ward, On Flashing Lights is a light and sound installation by Canadian artist Brendan Fernandes that pits the flashing lights of a barricade of police vehicles against a central stage where DJs from Toronto’s queer, immigrant and racialized communities will perform. By blurring the lines between raid and rave, it highlights the often tense relationship between these communities and the police. DJs playing from 7 pm to midnight include Bambii, Maneesh Bidaye, Nino Brown and Karsten Sollors.