Charlotte Day Wilson, Sean Leon, Fiver and Daniel Lanois are among the musicians performing or contributing to works at this year's free all-night art festival 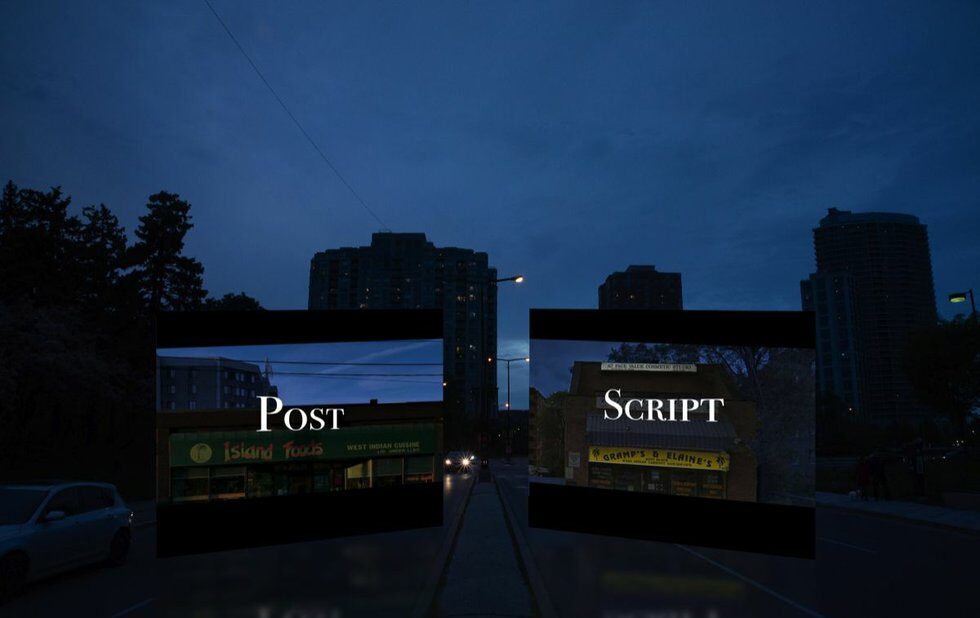 This piece pairs rising Toronto rapper Sean Leon with his artistic partner Noor Khan to tell the story of both Parkdale and Scarborough – in both neighbourhoods. Each location will mount two screens, each with film footage from each neighbourhood and a Leon score that intentionally doesn’t quite sync. They’ll critique gentrification, policy-driven marginalization and even Nuit Blanche itself, reminding you what usually happens on the streets you’re traipsing through on your art safari.

For those looking for a quieter arts experience away from the hordes of revellers, the Aga Khan Museum is hosting multiple music and art installations in intimate settings including Mongolian yurt sand a First Nations teepee. Named after the Arabic word for “listening,” Sama is a cross-cultural experiment in music, visual art and dance, and will feature Judeo-Spanish folk, sitar, Afro-jazz, Persian Sufi music, including performances by Fiver, Joseph Shabason and Darbazi, the Toronto-based ensemble who performs traditional polyphonic music from Georgia. Find the full list of performances here.

Charlotte Day Wilson has made a soundscape to accompany one of the higher-profile pieces of Nuit Blanche. It’s a surreal take on a Zen garden, complete with a 30-foot moon orb. The intended effect is an eerie but relaxing timelessness – and the local soul singer’s moody sensibility should suit that just fine. If the crowds aren’t too rowdy, that is. On display to October 14. 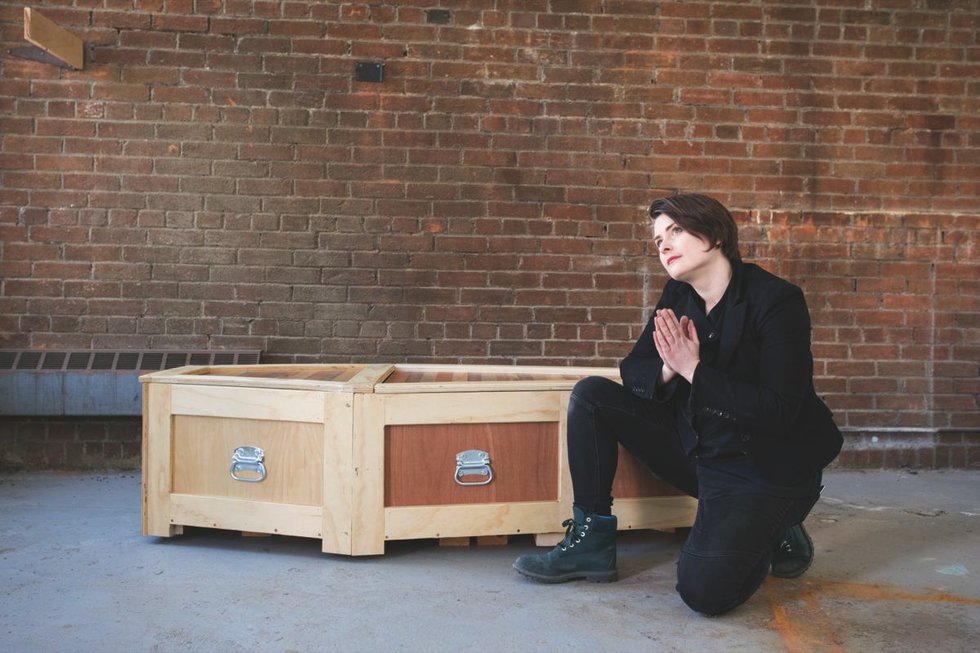 Vanessa B. Rieger at the funeral for the Coffin Factory this past March.

This past spring, musicians, dozens of designers, filmmakers and other artists were evicted from the Coffin Factory studio lofts to make way for – you guessed it – another condo development. For Nuit Blanche, the artist collective Lake Effect Projects is organizing a ceremonial exhibition featuring 24 caskets adorned by 24 former tenants, including illustrator and DJ Julia Dickens, mural artist Tisha D. Myles and multi-disciplinary artist Vanessa B. Rieger. The caskets will be on display in a row along the south side of Niagara.

Legendary Canadian musician and record producer Daniel Lanois has composed a soundscape for this installation, which is described as a rallying cry for our planet. The event, which also features contributions from Margaret Atwood, leads you through a projection-mapped and touch-sensitive LED light-panelled environment meant to re-examine your relationship with single-use plastics and consider the effect of rising temperatures.

6. Non-Dance Dance Club (No One Can Ever Dance In The Same Club Twice) – Call Again

Like Yoko Ono, this project has some love for the bad dancers – the awkward first-timers, the uncoordinated and the ones with their own rhythms. On a makeshift dance floor in the Bata Shoe Museum, you’re invited to dance to the beat of a video installation that mixes pop-culture footage, choreography and an instructional video. It aims to bust the norms of what dancing is, letting the crowd’s flux dictate the form. 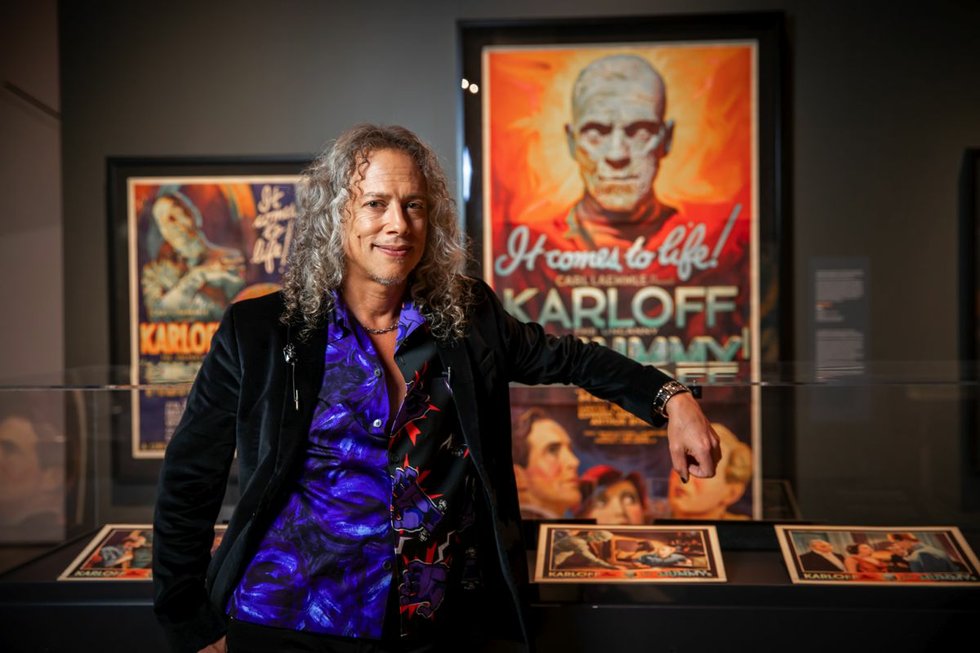 Metallica’s Kirk Hammett with some of his rare horror posters.

A moonlit Nuit Blanche stroll is the perfect time to enter the ROM for a free glimpse at Kirk Hammett’s exhibition of creepy-crawly memorabilia. The Metallica guitar hero has a thing for vintage horror posters – Lovecraft, Caligari, Metropolis, Frankenstein. He also created a new original instrumental song and is showing off his one-of-a-kind guitars.

What does Toronto sound like to you? Incessant honking, screeching streetcars, conversations on ear pods? Rather than the people and things that make up the backing track of city life, this project challenges visitors to listen to the built environment itself. The ambient noise and projections of familiar Toronto sites are activated as participants engage with the space. Electronic musician and producer Mønochef will perform at 9:30 and 11 pm. 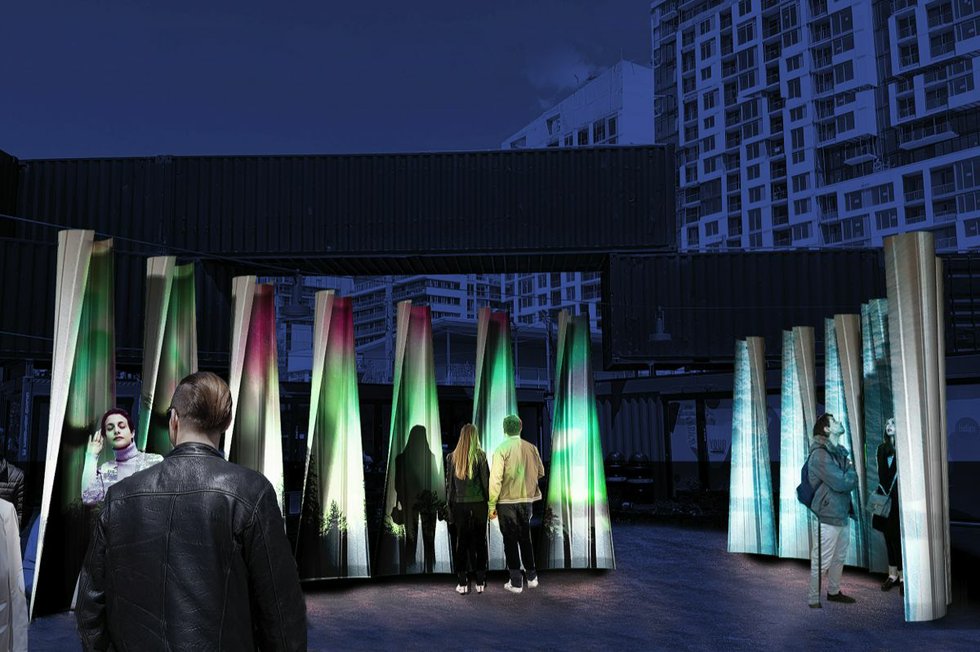 Stackt is becoming a full soundscape. Inside the courtyard of the new(ish) shipping-container market in Fort York, architecturally trained artists Jonathan Tyrrell and Duncan Patterson are building an installation using everyday building materials, projected videos and soundscapes combining archival audio, fielding recordings and spoken word. These sounds all relate to the history of the site, which is the former mouth of the now-buried Garrison Creek.

In this sound installation, Halifax artist Lou Sheppard explores the loss of birdsongs in our urban environments due to species extinction, climate change and pollutants. The two compositions were based on spectrograms of birds at Fool’s Paradise, the home of Canadian landscape artist and writer Doris McCarthy, located in the Scarborough Bluffs overlooking Lake Ontario. Last summer Sheppard translated the spectrograms, which are visual representations of spectrum frequencies, into musical notations that will be played during Nuit Blanche. The entire length of the two compositions runs 14 hours.