NOW MagazineMusicFeaturesNXNE 2018: 10 musicians to catch at this year’s festival

With a return to club-hopping and free outdoor shows, the opportunity for music discovery is back too. Here's how to get the most out of your wristband 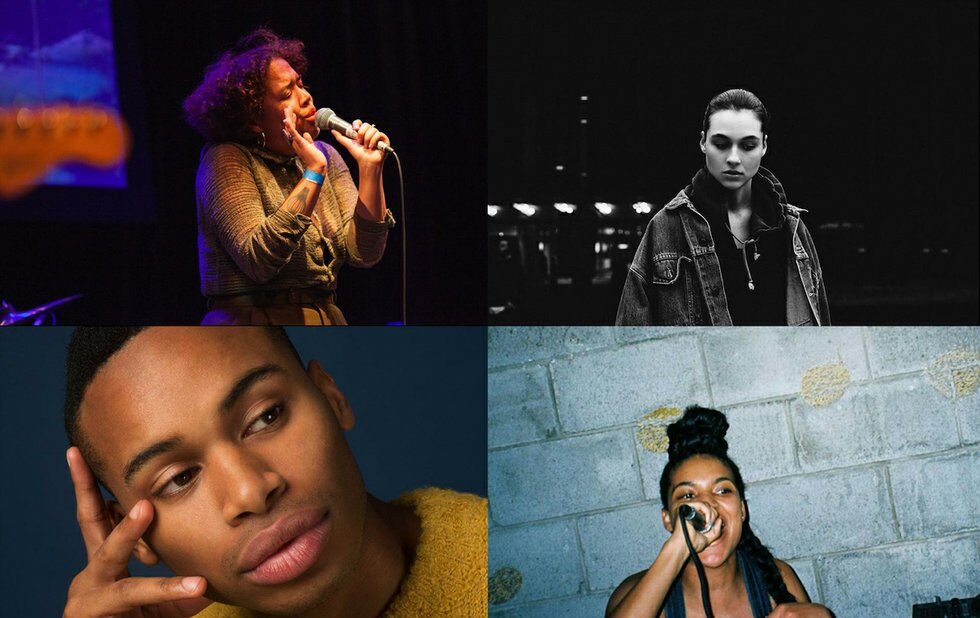 NXNE is back to its old self this year after a couple of years as a destination festival at the Port Lands, refocusing around its Festival Village at Yonge-Dundas Square and its good old-fashioned club hopping. A $29 wristband will get you into all the Club Land shows, and it’ll let you discover some good stuff if you go in blindly or let the curators exert their influence. Or you can take our recommendations for hidden gems below.

We could tell you to see the free Festival Village headliners like Azealia Banks, Chvrches, Big Freedia and U.S. Girls (and we will), but this guide will focus on the smaller-font names that will make you say, “Wow, I’m glad I went to that,” and then kiss the filthy wristband you’ve been wearing for a week straight.

NXNE takes place June 8-17 at venues throughout the city. $29 for a Club Land wristband at nxne.com. Festival Village shows happen at Yonge-Dundas Square (1 Dundas East) from June 15-17 and are free.

A performer who floats gracefully between hip-hop, electronic and indie and queer scenes, Myst Milano describes herself as “Blk riot grrrl rap.” She’s a true DIY artist who brings a punk spirit to hip-hop and DJ sets. She plays a packed 11-act bill curated by Toronto R&B singer TiKa that also includes Faiza, Aphrose, Tanisha, Saam and more. Then she plays again later in the festival at the same venue at Cadence Weapon’s Curator Series show.

“So lit I got a noise complaint,” goes Just John’s soulfully defiant Noise, and it feels like a good credo for the rising Toronto rapper. His hip-hop tends to draw in collaborations with some of the most exciting electronic artists making noise in the city’s underground scene, whose groove makes the most sense in a DIY warehouse show after hours (a self-sustained culture that’s getting harder to sustain). That vibe will be recreated at two different Club Land shows, as Just John plays a show curated by Weaves’ Jasmyn Burke, and then again in collaboration with local producer Dom Dias as part of Jayemkayem’s dance party at the brand new venue Soso.

Kritty Uranowski continues to prove herself a champion of young women in the city’s rock scene with a showcase for her No Mean City Collective that includes Tange, Bookshop, Stones (the band she plays in with a seven-year-old rocker named Keira and Halifax noise rocker Craig Currie, who’s also on this bill). It also includes HEX, a trio that formed at Girls Rock Camp Toronto four years ago, which makes them wily veterans on the bill. And they sound like it with their soaring, howling vocals and riffs – the city’s own Sleater-Kinney.

One of our 2018 Ones To Watch, Teddy Fantum and G Milla released their debut album as a duo in April and immediately started making noise with their widescreen, atmospheric, slightly gothic hip-hop sound – makes sense considering their loose affiliation with the Weeknd’s XO crew. Playing this k-os curated show, Hard To Kill are the peanut butter and chocolate of Toronto hip-hop.

Christopher Soetan makes lo-fi-yet-smooth moody electronic compositions full of loneliness, angst, conviction and resolve – a buffet of emotions he ably conveys, mostly without lyrics. His latest tracks have felt like a leap forward from an already-promising 2016 EP, Animal, and this show feels like a good place to leap with the Toronto-based artist.

You might not know you know him, but if you’ve listened to U.S. Girls’ In A Poem Unlimited, you’ve heard James Baley. The local singer duets with Meg Remy on the infectious highlight Pearly Gates, and he’s been touring with the band, making crowds say “whoa, who’s that” every night. He’ll do double-duty at NXNE, likely playing with U.S. Girls on Friday (June 15) at Yonge-Dundas Square, but he’ll also get to show off his own lush, high-energy performance and luscious vocals in his own set at the Garrison as part of a showcase curated by July Talk’s Leah Fay.

The Montreal producer is just as adept at introspective pop songwriting as dark electronic soundscapes, and you’ll probably get a bit of both at her show as part of A.Side and Secret Songs’ team-up full of artists who can also skirt that line: swim good now, Harrison, Shagabond, Beat Sampras and Dre Ngozi. There’s also a special guest promised, which is a mystery that could probably be solved if you’re paying attention. But RYAN Playground is reason enough to hop into the Garrison.

There’s been an explosion of talent coming out of Brampton lately, from Roy Woods to Rupi Kaur, not to mention rising rappers Haviah Mighty, K. Forest and Derin Falana. The City of Brampton will aim to capitalize on that with a showcase at NXNE featuring Selena Dhillon, Phab, vaz and our pick, EverythingOShauN. If there’s a Brampton sound, the rapper exemplifies it, with a mix of sing-songy pop hooks, minimalist and downbeat trap production and lyrics that mix emotional vulnerability with songs about partying and the come-up. His latest project is called Almost Everything, and that’s really what he brings.

In addition to curating a showcase, Weaves’ Jasmyn Burke is also playing a 5 pm Festival Village show at Yonge-Dundas Square with her solo project, Strands. It’s a rare chance to see the side project, which performs rarely and doesn’t have any music online. Strands refocuses Burke’s idiosyncratic hooks and strange energy around looped vocals and percussion rather than the frenzied, buzzing guitars of Weaves. There are often projections, too, but hard to know how or if those will make it to the outdoor stage. 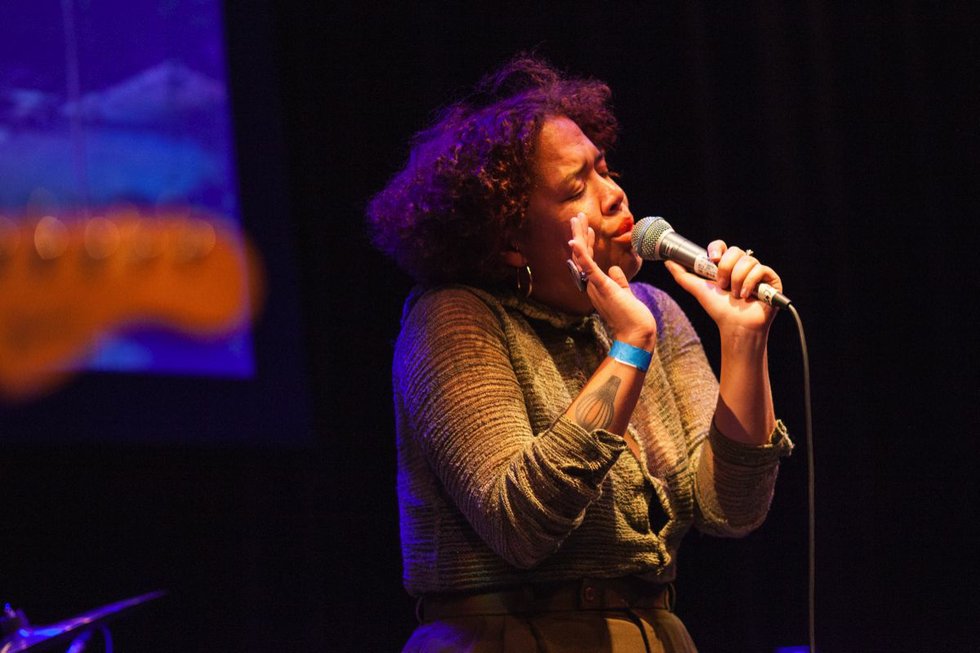 After making a splash at CMW, the Montreal rapper is already back for the city’s other club-hopping festival, though this time it’ll be for free at Yonge-Dundas Square at 3 pm. The Posterz-MC-gone-solo is on his own wave, with a personal aesthetic that mixes gritty rap tropes and off-kilter humour that become charismatic immediacy in once he hits the stage.

Don’t miss our interview with Chvrches, who play NXNE Festival Village on Saturday (June 16) at 9:15 pm.