Nyssa sings the untold stories of women in rock 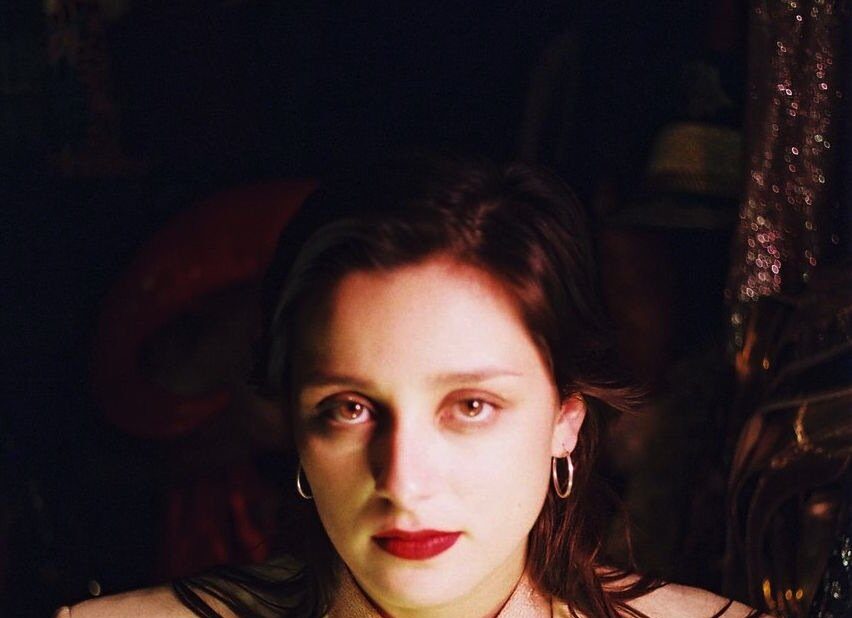 Nyssa knows how to make an entrance.

When we meet for coffee at the Theatre Centre café on Queen West, everyone looks up from their laptops and lattes as soon as she comes in, exuding the same fierce energy she brings to the stage. When she speaks she’s intense and succinct, much like her songs, which detail the untold stories of women in the masculine-driven rock world she grew up in.

“My songs are the songs I want to hear,” she says. “I listen to a lot of old rock and roll, and I’m still very much influenced by it, but when I’m writing I flip the perspective, to sing from my own standpoint, or from the standpoint of the women in the songs.”

She’s been on the Toronto scene long enough to know how things work and to connect with a community she says has her back. She got her start writing and playing music when she was 12, forming the new wave-infused rock band Modern Superstitions with friends at 15. The band spent seven years on the verge of blowing up before it dissolved, after which Nyssa slowly began to establish herself as a solo artist.

She says she likes the freedom and flexibility of playing on her own. It means she can wake up in the morning, practice all day at home and appear onstage without much technical fuss. Her set up is simple: just a vocal pedal and an iPad to play the tracks she wrote and produced, so she can focus on her singing and performance.

“Sometimes I’ll bike down to a venue because I’ll just have a duffel bag for my gear, which is nice,” she says. “I don’t rely on anything other than myself.”

Her synth-driven electro-pop recalls the reverb driven punk sounds of Siouxsie, the rawness of PJ Harvey, the glam-rock edge of T. Rex, the socio-political currency of the UK’s Nadine Shah and the solo DIY work ethic of Grimes.

She cites Bruce Springsteen and old country favourites Patsy Cline, Johnny Cash and Lucinda Williams as influences, but she also draws from movies and books. When she was writing the five songs for her new EP, Champion of Love (released independently on April 13) she says she was influenced by 80s crime drama movie River’s Edge and short stories by Lucia Berlin, an American author known for smart, sparse snapshots of everyday life.

“I think because I make pop, glam and rock and roll music it’s not expected to have much of a storytelling aspect, but there is a story experience,” she says.

But the songs are rooted in her experiences as well.

“The song Life Is Hard is from the perspective of a woman who feels judged and is embracing the messier aspects of her existence and going forward, eschewing judgment,” she says. In other words, the same “don’t fuck with me attitude” Nyssa says has so far protected her from the full brunt of misogyny she knows is present in the music industry.

Lately she’s been popping up everywhere in Toronto, playing a show every month or two with local bands in her immediate circle, including FRIGS, Ice Cream, Jaunt, Whimm, Vallens and Bueller. As she gains a following, she’s landing festivals and bigger shows, like Vag Halen’s Heavy Leather Parking Lot, on June 9 as part of Queer Pride at Buddies in Bad Times Theatre.

She might also serve you brunch if you go to the Federal, the tiny neighbourhood favourite near Dundas and Gladstone. Like many local musicians, that’s her day job – for the moment.

“[Concert promoter] Dan Burke came in one time to drop off a payment for a show and it was funny because he looked up and there were people from five different bands all working that day,” she says.

When I ask her what her ambitions are as a musician she sums it all up in one word: success.

I nudge her to elaborate, and she continues: “I don’t have a back-up plan. This is what I love doing. I would like to be performing shows and touring [for a living]. Maybe five years from now I’ll be able to just do that.”