On the Railpath with Anamai’s Anna Mayberry

The Toronto experimental folk musician discusses her just-released album, What Mountain, and her newfound desire for movement in all its forms 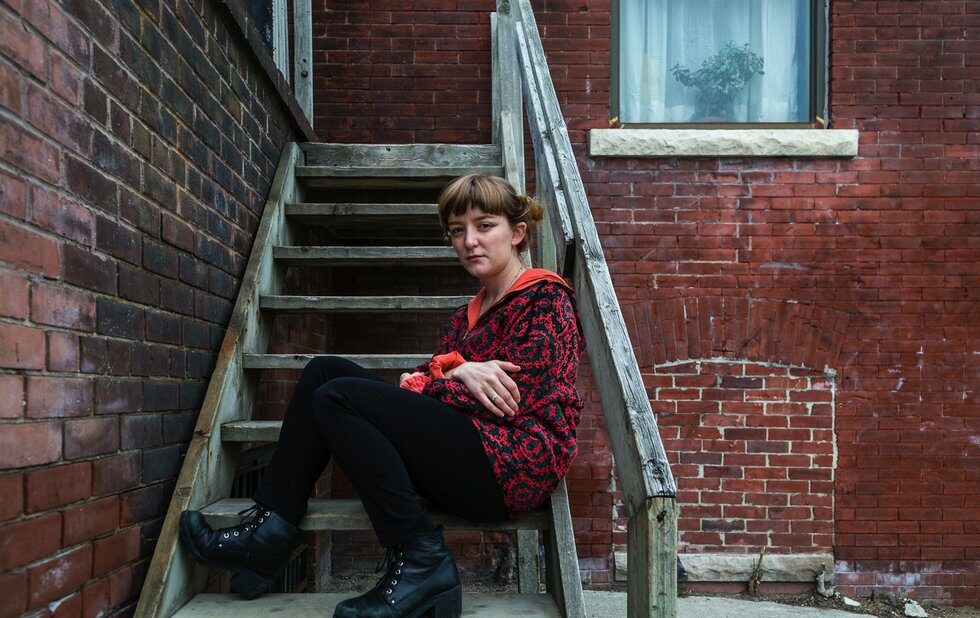 ANAMAI with CHRYSANTHEMUM WHITE ALDER and PISSBOWELKING at Smiling Buddha (961 College), Sunday (May 14), doors 9 pm. $8 at the door, $25 with LP. facebook.com/anamaimusic.

Anna Mayberry strolls northward along the West Toronto Railpath, pushing her road bike beside her. It’s a route she takes often, and she tells me she never walks the 2-kilometre path without writing lyrics for Anamai, her experimental folk project with David Psutka of Egyptrixx.

“There’s something about seeing a long pathway with nobody on it when you’re still basically downtown that feels really special,” says Mayberry. “It lets my mind settle somehow.”

On this sunny afternoon, the railpath is dotted with people pushing strollers and whizzing cyclists. As Mayberry poses for a couple of photos, she’s spotted by friends – twice. “You’re like the mayor of the Railpath!” one of them exclaims. She looks slightly embarrassed.

The decision to go on a walk for our interview is perhaps subconsciously linked to her newfound desire for movement in all its forms: musically, physically, existentially. In the two years between Anamai’s debut album, Sallows, and the recently released follow-up What Mountain (Halocline Trance), she co-founded a dance collective, worked in the Toronto harbour ferrying people to and from the island and toured with her other band, HSY.

During that time, she realized that movement doesn’t necessarily need to lead to progress movement is an act to be celebrated unto itself.

“If Sallows was like a valley where you could lie down and be in it, then What Mountain is like a more propulsive ideal,” she explains.

While writing the record, she learned a couple of songs by the folk-blues singer Karen Dalton, whose work left “lyrical ripples” across the album. Mayberry is as thoughtful as the music she makes, answering questions so patiently and softly that nearby clanging construction sites and thrumming trains sometimes drown her out.

“I had always written quite close to my actual truths and experiences,” says Mayberry. “These days, I’ve been approaching fiction a bit more.” 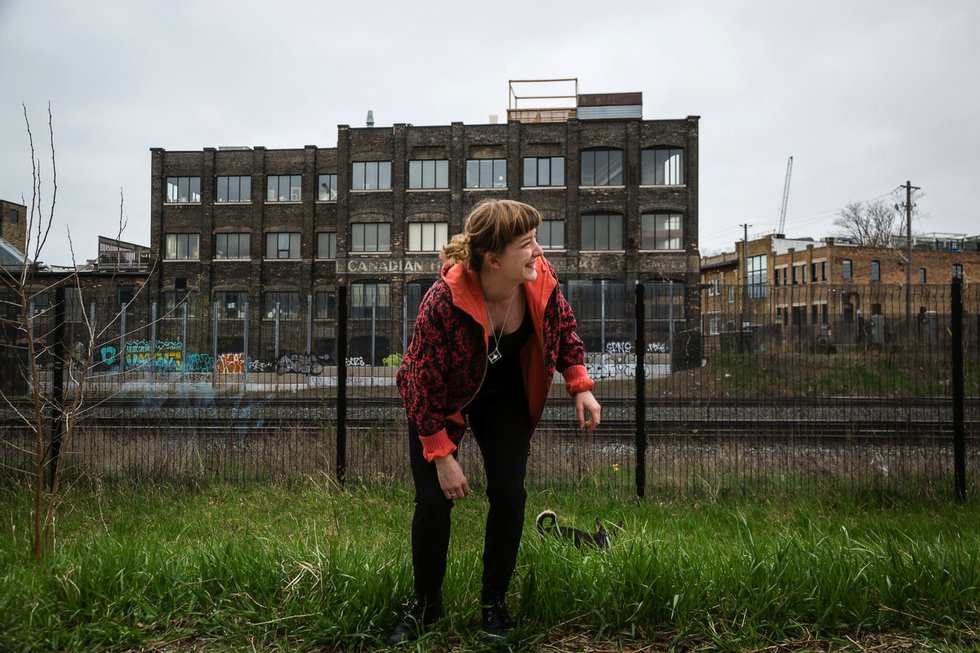 The 27-year-old based What Mountain on an imaginary mountain, envisioning herself as a climber scaling rocks, a spelunker in a cave, the mist floating through the highest peaks. The mountain became a place for Mayberry to explore universal yet specific feelings, like waiting for someone to change and knowing deep down they never will.

“[After Sallows was released] my most intense relationships at the time were unravelling… [and] the only way to sort through it was to lay it all out somewhere. There was nowhere in my tiny apartment to do this, nowhere in this city, nowhere in my sight. That’s the mountain – simply somewhere else.”

It was also the first time Mayberry worked with Psutka right from the beginning. Mayberry had written Sallows on her own – a collection of all the songs she’d ever written, some dating back to her late teens – whereas What Mountain was a full collaboration, most of which came out of recording at Psutka’s home studio in Etobicoke.

Opening up the writing process was nerve-wracking for Mayberry, a self-professed perfectionist who likes to be in control, but she knows it made the work stronger.

“I think to actually do something new or important in a larger context, it makes a lot of sense to work with someone who has really different ideas than you do,” she says.

She was also joined by close friends Allie Blumas and Emily Ekelund, whose cathartic vocals bring texture and warmth to the poetic phrasing and cool soundscapes. Mayberry has always been comfortable singing in harmony, thanks to growing up in a tight-knit folk community of immigrants from Ireland and England, with whom she sang traditional folk songs and danced in the living room.

What Mountain’s last song, Sun Saw, begins with her singular voice over brooding synthesizers, which then collides with Blumas’s and Ekelund’s voices. The three sing in perfect balance over just a few guitar strums: “We face the fiery dawn / and from within, a calm / the sun rose in my palm / we move to turn it on.” There’s a sense of resolve and excitement for the future.

“I think the search for some sort of resolution was what I was going through for the past couple years,” says Mayberry. “And to find it in a simple way of singing with friends and moving your body, that was the whole answer.”