The Toronto super-producer's Parkscapes album is available for sampling and licensing, with all proceeds going back to the funding-slashed youth music program 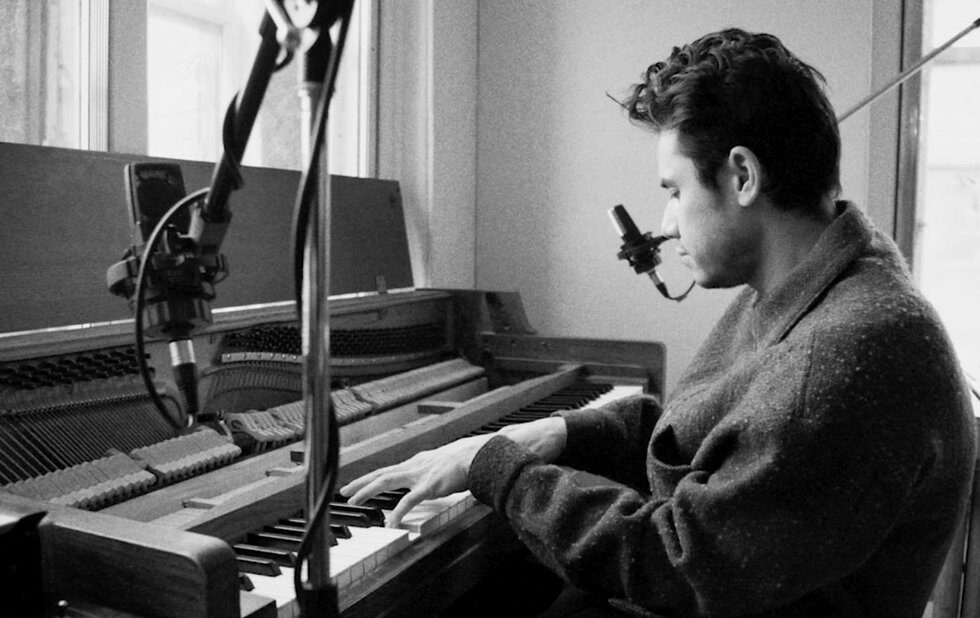 Eighteen-year-old Thomass Muir had no idea who Frank Dukes is. The student at Regent Park School of Music (RPSM) found out she’d be recording music with him in December and went to Google for answers.

“He’s way bigger than I originally imagined him to be,” says Muir about the Thornhill-raised producer who has worked with the Weeknd, Drake, Frank Ocean and now the kids at RPSM.

Dukes, whose real name is Adam King Feeney, is currently riding high on the charts with Post Malone’s Wow, which he produced with Louis Bell. He’s also enjoying the continued success of Camila Cabello’s Havana.

“(Havana) sounds like a really together and coherent record,” says Dukes over the phone from a retreat in Sedona, Arizona. “But it went through all these phases to get to the place where it just felt perfect.”

That track was declared the biggest song of 2018, justifying what Dukes describes as the most gruelling effort in his career. The song was slowly pieced together over five months with multiple rewrites.

Dukes’s collaboration with RPSM had a much tighter turn around. He spent three days in the studio with kids aged nine to 18, whose contributions on melodies with steel pans and xylophones make up the 11-track album Parkscapes.

Working alongside his friend and frequent collaborator Matty Tavares (formerly of BADBADNOTGOOD), Dukes composed original music, performed by the RPSM students, that can be sampled and chopped up into beats by other producers. Parkscapes will be added to his Kingsway Music Library, with all the proceeds from purchases and licensing going back to RPSM.

Though based in Regent Park, the not-for-profit school extends its reach to other priority neighbourhoods, providing heavily subsidized programming for kids in Jane and Finch and at the First Nations School of Toronto on the Danforth. According to Richard Marsella, RPSM’s executive director, some students who have been displaced due to the “revitalization” in Regent Park come to the school from Mississauga and Milton. The school doesn’t restrict access based on residence because it would rather remain a constant for kids who have been uprooted.

As with so many outreach programs in Ontario, Doug Ford’s government slashed funding to RPSM. For three years, the Ministry of Children and Youth Services supported an RPSM program for youths who have had brushes with the law. That funding has disappeared, but RPSM has kept the program going, relying on arts grants, private donations and now the Parkscapes album.

Parkscapes began as a conversation between RPSM instructor Jasper Gahunia, aka DJ Lil’ Jaz, and his friend Rana Chatterjee, a creative director at ad agency BBDO. Many will remember Chatterjee as Arcee, the host of Flow93.5’s now-defunct underground hip-hop show The Real Frequency.

Arcee became interested in Jaz’s work at the school and decided to figure out a way that his agency could help. An avid record collector alongside his friend Dukes, it was Arcee who approached the prolific producer to take part in some form of a “sample school.”

Dukes jumped on board and brought in Tavares, who collaborated with the producer on similar original sample compositions for Kingsway Music Library. With Tavares’s help, Dukes composed the music and delivered it to the kids, who worked alongside their instructor Wes Allen to make it their own. 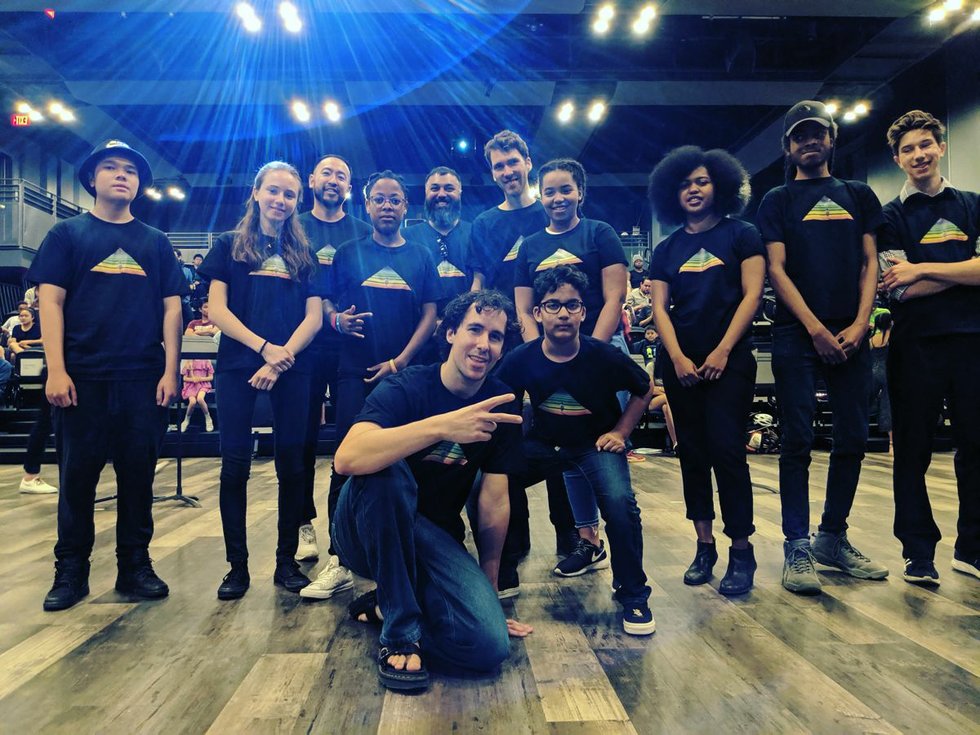 Matty Tavares with the students of Regent Park School of Music.

“Every musician has their own vibe,” said Tavares at RPSM’s recital last Saturday (June 22). “So just the kids interpreting the music, these kinds of riffs on their own instruments, it really comes alive in a completely different way that is just as amazing and sometimes even more amazing than if you got a ‘professional’ musician.

Dukes describes the experience as a bridge, using sample compositions as a way to connect what the kids do in classes, whether on drums or a xylophone, to the popular music they listen to. Like previous Kingsway compositions, their riffs could end up sampled on tracks like Drake’s 2014 hit 0 to 100.

The sessions took place at House of Balloons studio, which is where the Weeknd’s debut mixtape was produced. And it’s just a few minutes from Regent Park.

Dukes isn’t from Regent Park himself. What he understands about the neighbourhood generally comes from its native son Mustafa the Poet, the spoken word and hip-hop artist who graduated from RPSM. Mustafa titled all the tracks on Parkscapes and is currently collaborating with Dukes on new music.

“Being close to [Mustafa], I’ve seen first-hand a lot of the struggles that young people face growing up in an area like Regent Park,” says Dukes. “I can see that everybody has their own challenges that they are dealing with. But what’s so beautiful about music is that it brings people together, levels the playing field and opens people up.”

RPSM student Muir speaks excitedly about the whole process – being in a real-deal studio and seeing how the isolated bits and pieces she would play in a booth on a xylophone get produced into something bigger.

“They edited it on the spot and we were like, ‘Okay! Go off!’” she says. “Suddenly, there was music.” 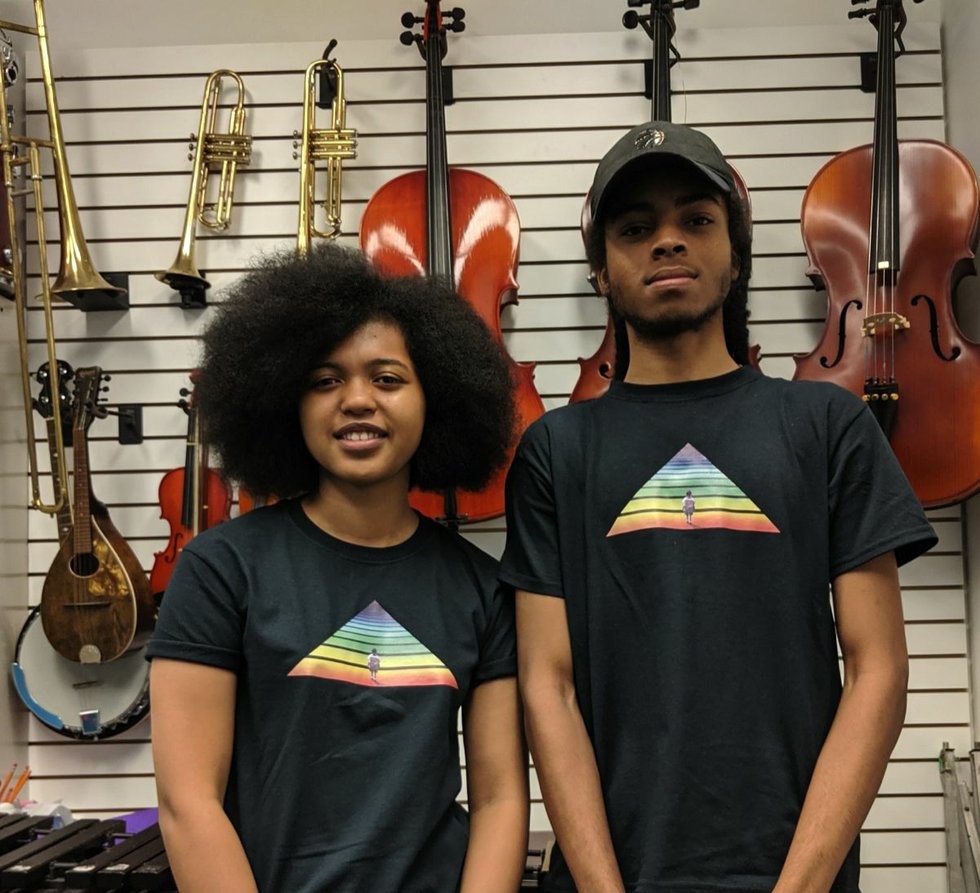