The musician and visual artist (also known as Alexandra Mackenzie) brings us to her old neighbourhood, reflecting on the period before she moved to Montreal 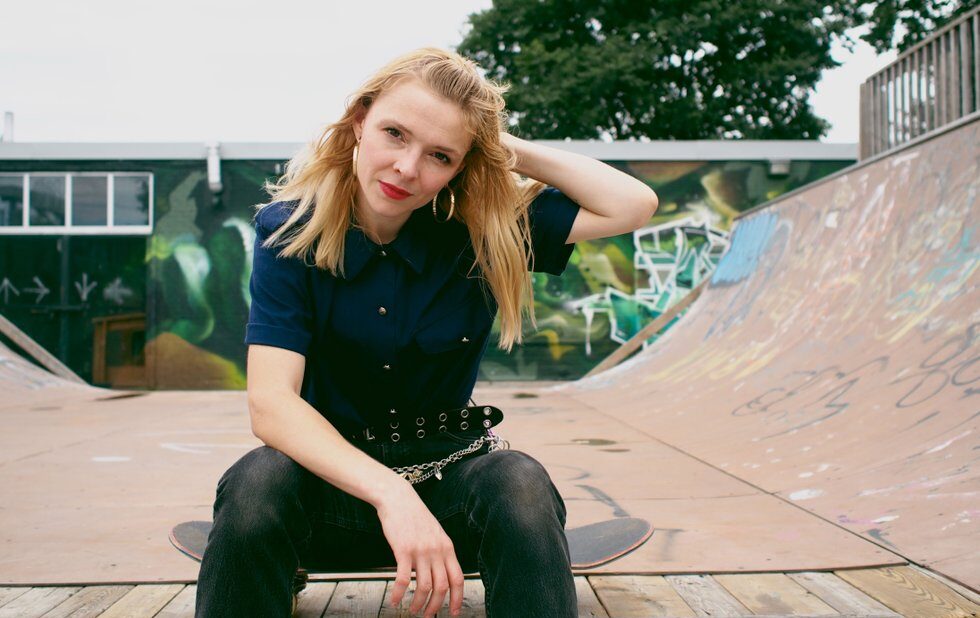 Petra Glynt has moved to Montreal, but the singer/songwriter/visual artist also known as Alexandra Mackenzie used to call Toronto home.

In town for Night Owl Festival this past September, Mackenzie grabs her skateboard and heads for Dunbat Park in Kensington Market. Passing the now-closed DIY venue Double Double Land, an old haunt of hers, she stops to reflect.

“You couldn’t live the way we used to live here,” she says, referring to the rising rents and lack of DIY venues. “I’ve grown up a bit, but I wouldn’t have that same lifestyle if I wanted.”

On November 27, Mackenzie plays a belated release party for her sophomore album, My Flag Is A Burning Rag Of Love (Pleasence), a self-produced gem with an experimental pop punch and head-turning percussion. It showcases her growth on all levels.

While she skates around Dunbat, we discuss how her move influenced her new album. 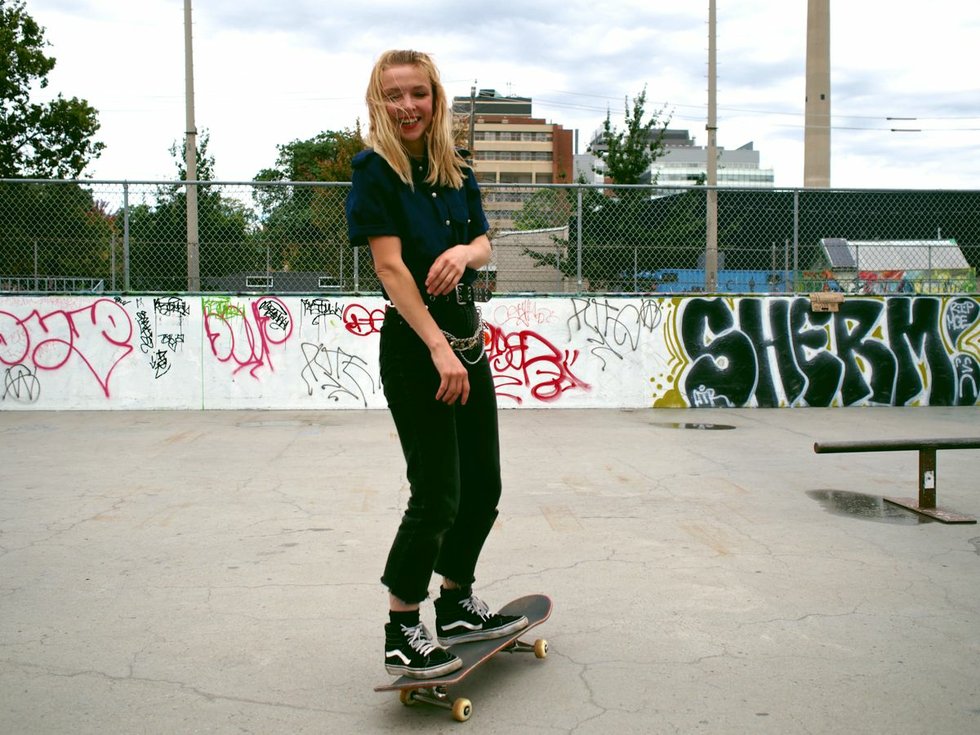 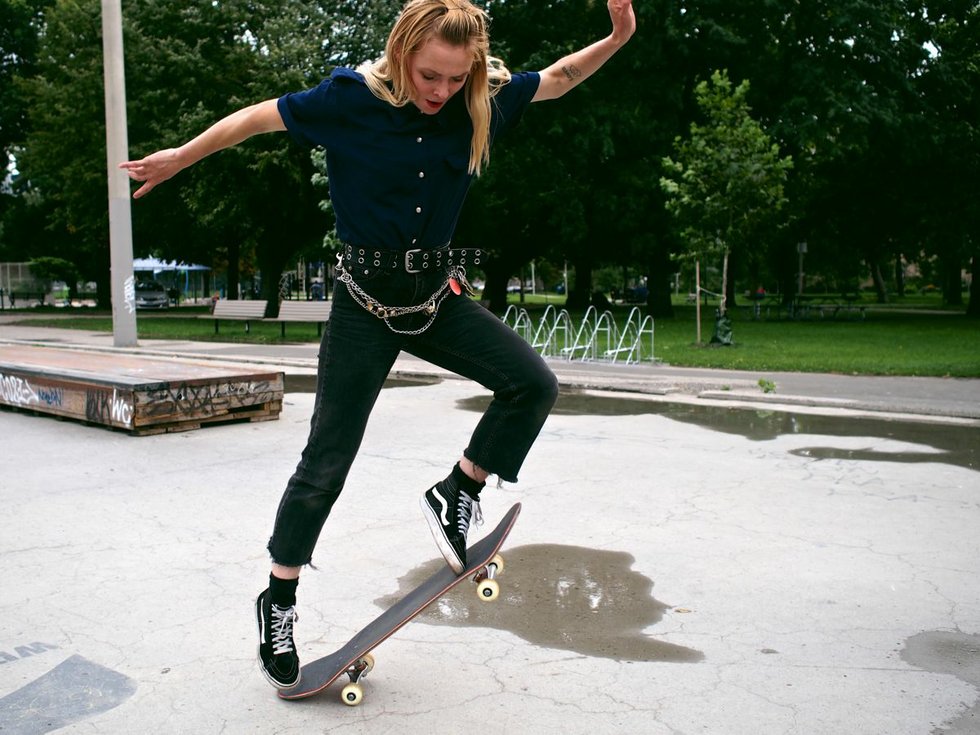 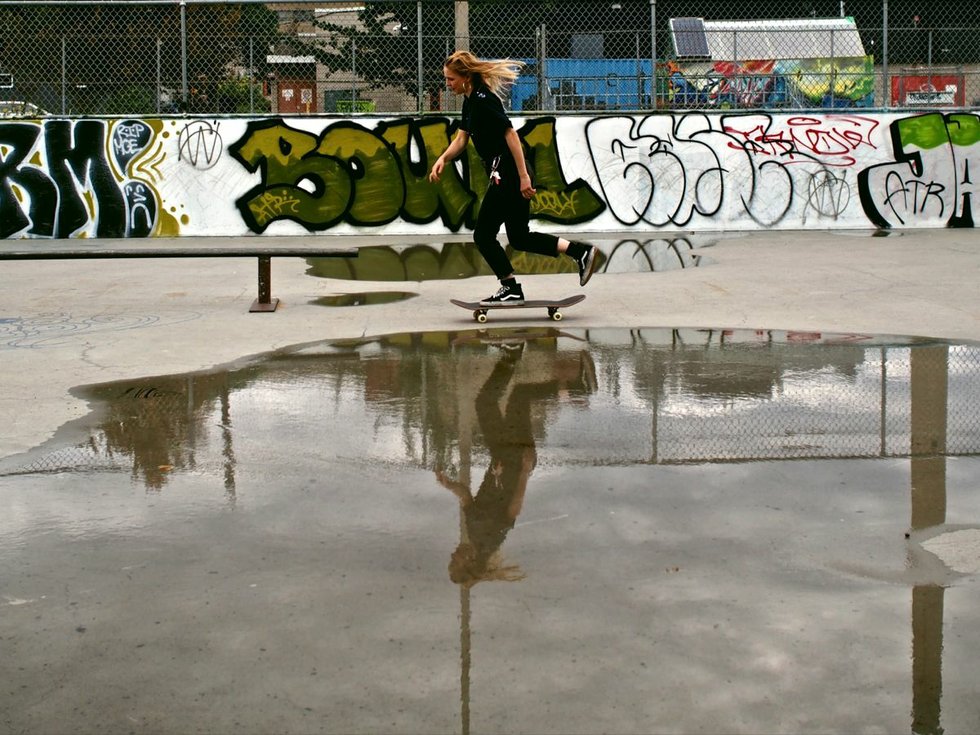 What do you remember about your days coming up in Toronto, after starting the Petra Glynt project in 2012?

It was a really exciting time. The venues were still intact. [By the end] it was just really busy. I kind of got burnt out. I didn’t know I was burnt out until I moved away [in 2016].

What advice would you give to other artists to avoid that same burnout?

[In those early days] I found it easy to say yes to show offers, DJ offers, things like that. I realized that I need to save a lot of that energy for myself and working on the music instead of constantly sharing it. Using some of that energy to create new work or focus on touring and sharing the music in other cities as well. Not to put all your eggs in one basket.

How has your move to Montreal affected you?

It has given me more time and space to focus on the music. When I was working on my last record, which came out last year [2017’s This Trip], it took me forever to put that thing out. It shouldn’t have, but it did. I ran into a lot of obstacles, with relationships, with cost of living, just being stuck in a cycle that didn’t allow for me to grow. Being in Montreal, I’ve been able to grow a little bit more as a person and as a musician.

Lots of DIY spaces have shut down since your move. What would you say to the politicians involved in Music City about the importance of those spaces?

[They’re] places where people can try stuff, experiment and grow from a very beginning stage. It builds a community that’s gonna support you and help bring you to the next stage in your career. Not having those spaces doesn’t give people a chance to start. Maybe the internet then becomes that place, but what the internet is lacking is that sense of physical community.

You’re a newer skater. Do you find it intimidating to introduce yourself into a culture dominated by so much masculine energy?

Things have changed. I think there’s different etiquette at skate parks now. There’s more diverse people there. I’m 31 now, so I also don’t give a shit anymore. I’m very okay with myself, very comfortable with myself. I also like how humbling skating is. So much of it is falling and fucking up and you just have to go for it.

The idea of play and being okay with failing are things that translate into your artistic practice as well. Is there a connection?

Yeah, you’re taking chances all the time. And when you land something or you do something right, it gives you such gratification. It’s like a shot of serotonin. It’s totally addictive. 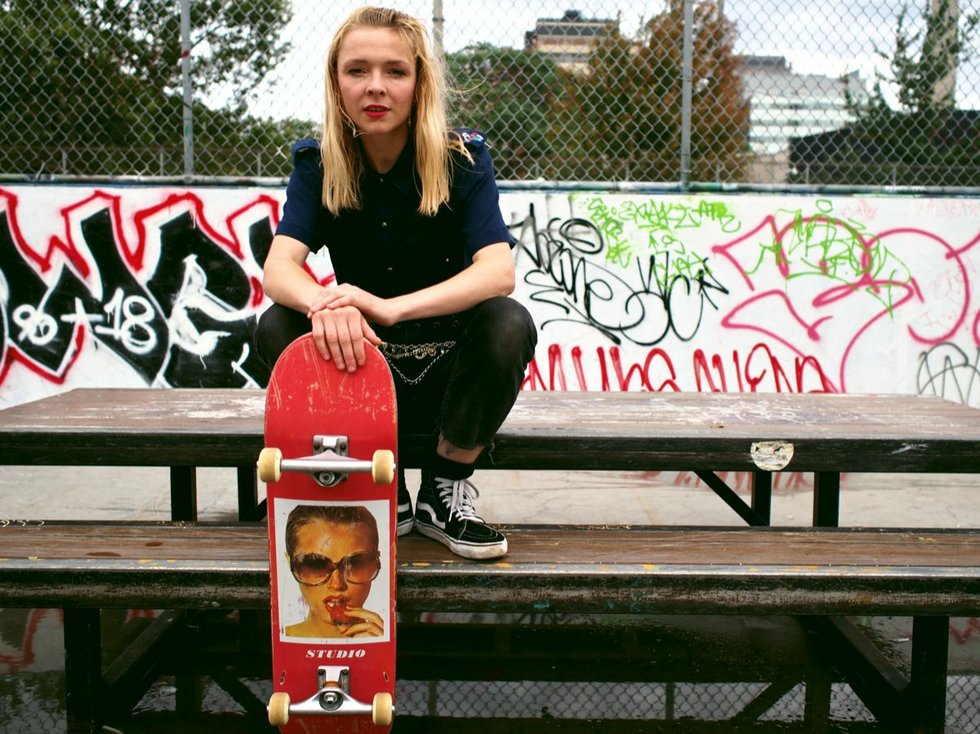