NOW MagazineMusicFeaturesQ&A with Poo Bear, the songwriter behind hits by Justin Bieber, Usher and 112

Q&A with Poo Bear, the songwriter behind hits by Justin Bieber, Usher and 112

The hit-maker talks being driven to school by celebrities, imposing radio silence and the wildly unfortunate name of one of his fledgling R&B groups 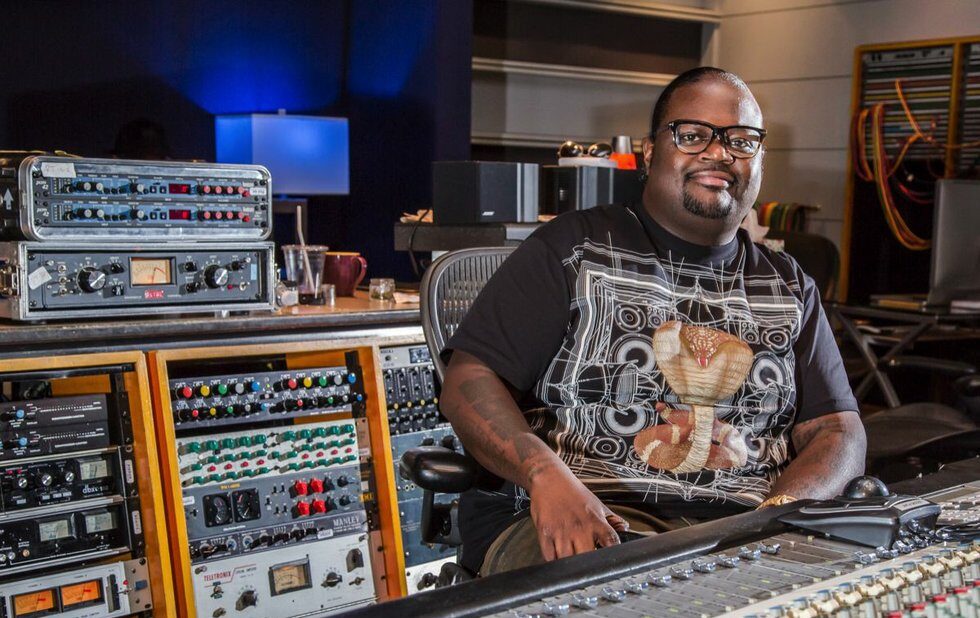 For over 20 years, songwriter Jason “Poo Bear” Boyd has been behind game-changing hits: 112’s Peaches & Cream, Usher’s Caught Up and Justin Bieber’s What Do You Mean? So why does he have six months to produce his next hit song or risk being forgotten?

Red Bull TV’s latest documentary, Poo Bear: Afraid Of Forever, explores the cutthroat industry where you’re only as good as your last hit and Poo Bear’s relentless drive to stay relevant in it. He talks to Now about being driven to school by celebrities, imposing radio silence and a wildly unfortunate band name.

How does the race to stay relevant compromise creative quality?

Often by the time writers and producers try to get a new hit song, the industry has already moved on. Whatever you’re creating might not be as hot as it would have been during the time of your first hit. It definitely compromises the creative process when the music is changing and evolving so fast. If you’re not on top of it, you will be forgotten.

So a songwriter would want to stay on top of current sounds. But you’ve been quoted as saying you don’t listen to popular music. Why?

I don’t listen to the radio. So it’s not a specific genre of music – I just don’t listen to music. You don’t depend on what’s going on. You depend on what’s worked from the beginning of time, which is melody and concepts that move your emotions. As long as I can do that over chords, then the sonics of the music built around the song can be anything. It can be what happens in 2020, it can be what happened in 2005.

You were 14 when you co-wrote your first hit, Anywhere, for 112. With success at such a young age, were you able to keep your head?

In my mind, it wasn’t a big deal. I never disclosed it to anybody, and it allowed me to just work and not have to worry.

So you were able to be a normal teenager?

Yes, nobody knew. Members of 112 used to pick me up from high school, and people started seeing that, but I never bragged.

You were also in a few R&B groups. One was called Frix-Shun, complete with the 90s spelling! What was the origin behind that name?

Frix-Shun was “Four real individuals X’ed out. Searching, hoping, understanding is near.” It was, like, the dumbest thing ever, and I’m a little embarrassed because I thought of it. It was “X’ed out,” meaning we were born in Generation X. It was to make our name deeper than “friction” as a science word. I’m sorry you guys had to hear about that.

It’s a blessing to be able to work with Justin [Bieber] and travel around the world with him and spend that time [together]. In reality, this is not normal. Ideally, it would be cool to actually get to know artists enough to know what their feelings are, what they believe in, what they want people to get from them, what they represent. Lyrically, it narrows it down so much more than creating a song and hoping when you send it that the artist can connect to it.

You’ve spent some time in Toronto?

Toronto is my favourite city in the world. I have Nexus – I scan my eyes when I come to Toronto I don’t go through regular customs. That’s how much I love it.