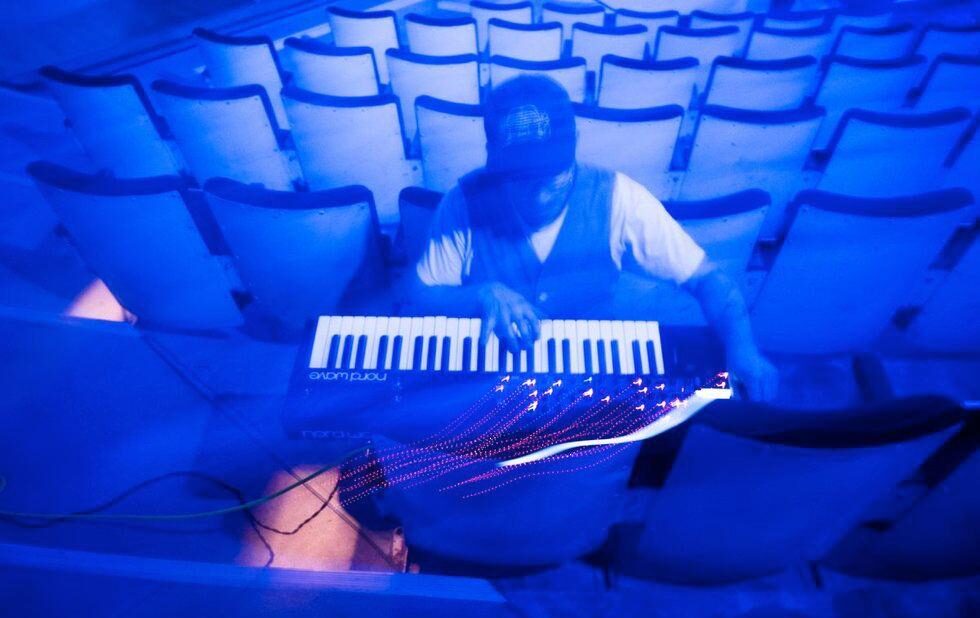 “Is the collective process of music making – of listening – a political act?”

That’s the question Toronto art collective Public Recordings asks as they put on a performance within city hall’s council chambers this Sunday.

Electronic composer Pauline Oliveros wrote her groundbreaking 1970 experimental score To Valerie Solanas And Marilyn Monroe In Recognition Of Their Desperation for musical groups of any size, instrument or skill level.

To revisit that historic, hierarchy-dismantling work, Public Recordings have assembled 18 musicians and non-musicians from a variety of disciplines to learn the score in a series of open rehearsals that conclude with the city hall performance.

Oliveros’s score comes from a backdrop of earth-shaking unease. According to interviews she gave at the time, events of 1968 such as the Vietnam War’s expansion into Laos and the murder of Martin Luther King Jr. caused her to retreat from public performances after experiencing a series of panic attacks. Yet the global spark lit by the women’s movement and Solanas’s radical feminist text the SCUM Manifesto would inspire her to rally against injustices through new ways of thinking about music and art.

With interpretive instructions to adapt to the actions of your collaborators signalled by changes in coloured light, To Valerie Solanas And Marilyn Monroe marked the start of the compositional and philosophical practice she would later name Deep Listening. The score also aimed to erase barriers between audiences and performers, as Oliveros imagined a “continuous circulation of power” throughout everyone present.

At Public Recordings’ February 12 rehearsal at the Tranzac, organ, synths, trombone, flute, harmonica, electrified timpani, cymbals and strings swelled into beautifully haunting spectres of sound. Throughout the score’s 30-minute “chamber version”, players stood, sat in chairs or lay on the floor as they ebbed and flowed with its three movements guided by gel lights bathing the ballroom in red, yellow and blue.

“We were really interested in revisiting this piece because we’ve been thinking about our predecessors and feeling like we need the past in a moment that can seem quite hopeless sometimes,” explains Public Recordings associate artist Christopher Willes. “By revisiting a practice that was radical in its moment, we can see how it resonates now.

“Is the avant-garde a tradition? Is it actually radical? Maybe not, but it’s worthwhile to revisit a piece created under similar conditions of uncertainty and hopelessness to see what it means to not just restage but re-practice it.” 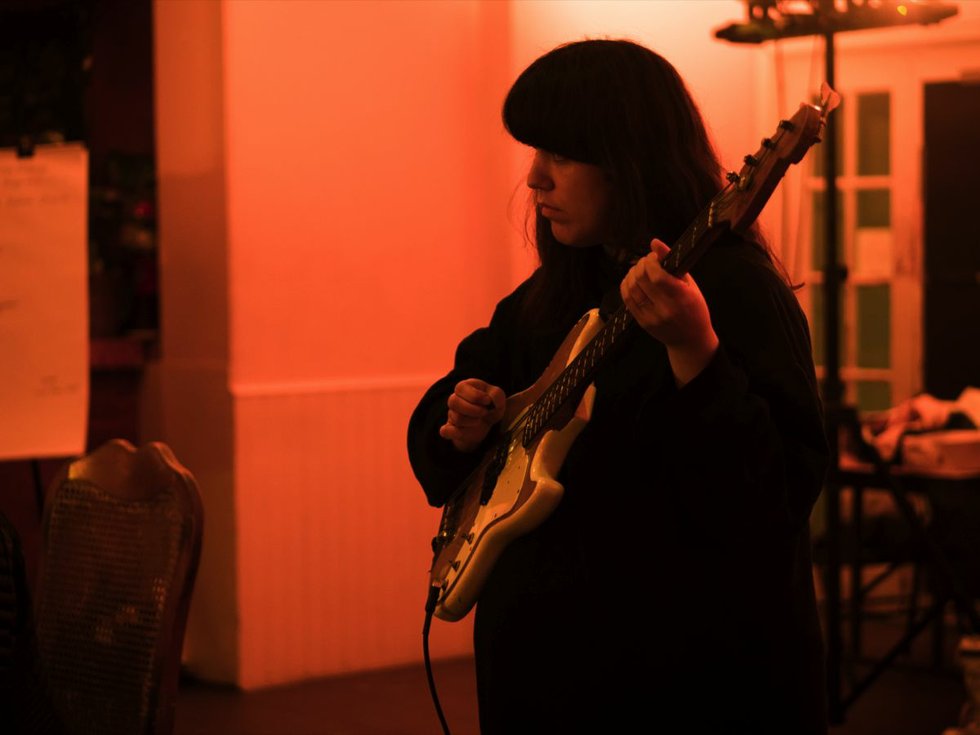 Anni Spadafora is a weaver, a singer in art-punk group New Fries and likely the only local rock musician with Pauline Oliveros’s name written on her guitar. Following her previous performance in Public Recordings’ staging of the score in 2017, she is excited to return for a second iteration. The ominous rumble of her bass played through a massive Traynor amp bursts out from the work’s hazy ambience, and she remains overjoyed by its improvisatory directions to create “very long tones.”

“What’s long? What’s a tone?” she laughs. “Is it continuous if you restart? Or is it the natural length of a tone after it’s struck? She’s so vague in her composition that it really makes room for you to decide for yourself, your instrument and how that will be based on what other people are doing. What a luxury to just think about those things for a week. It’s free.”

While performing inside city hall could be seen as a form of disruption, Willes does not consider it protest or activism, as he says, “that work has different stakes.” Instead, it’s about rehearsing and exhibiting the score in public, then bringing its experimentation to a location typically used for legislative purposes and seeing what kinds of possibilities arise.

“I’m really curious how it’s going to feel when we’re in [city hall],” he says. “It might be uncomfortable, and perhaps that will be disruptive, but another part of me thinks that being in the dark for a moment before we turn on our colourful lights and play this music could produce a different idea of what the space is like and who it’s for.”

Spadafora agrees: “I’m not sure we’re in a moment where this project is doing something politically. To me it’s in the spirit of Pauline Oliveros, who encouraged her students to find different types of places to play music.

“Our city is a mess right now, but I wouldn’t be so bold as to suggest that this is a radical gesture. What’s radical is bringing people together to work on their practice of listening, exploring and getting to know each other better. That’s enough.” 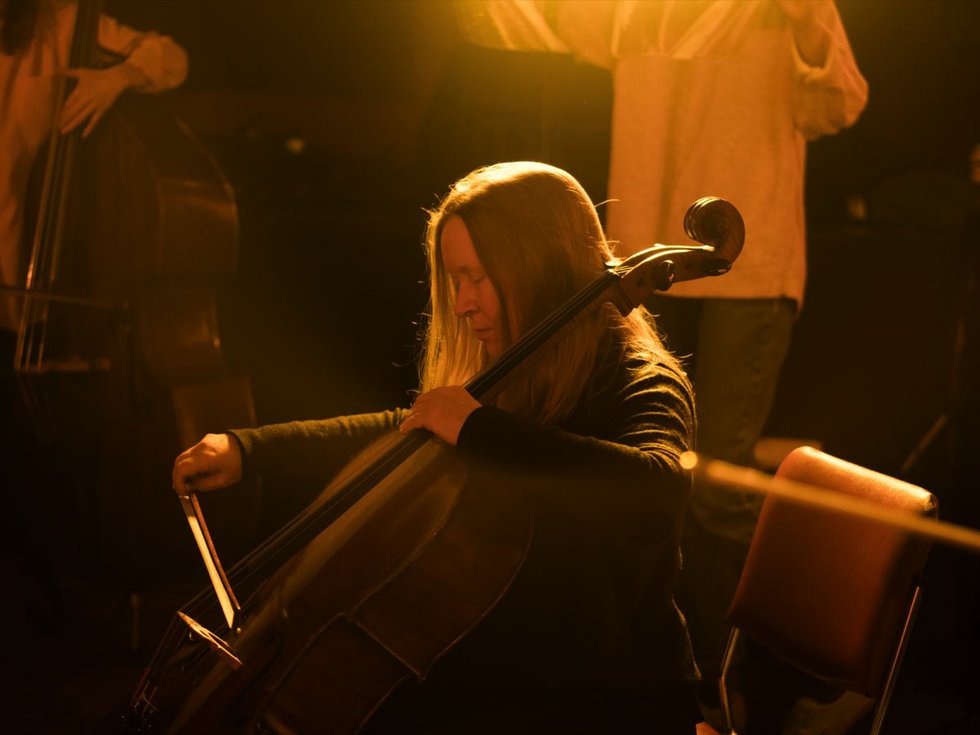