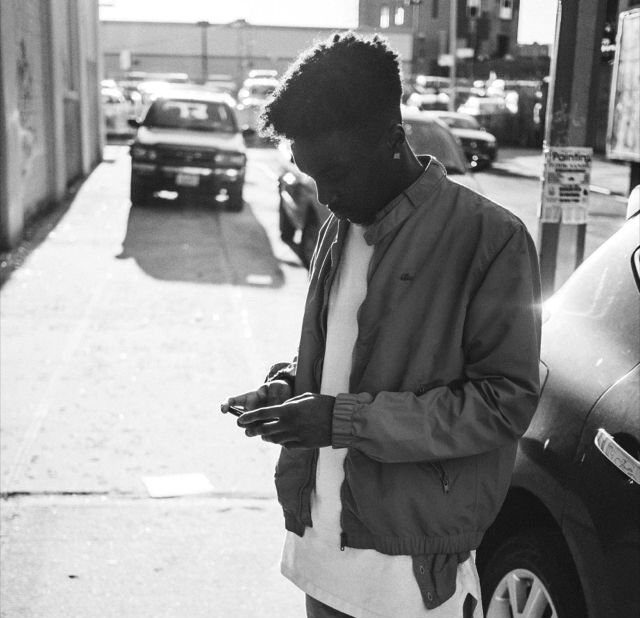 Minutes after I meet Derin Falana for coffee, conversation turns to his hometown of Brampton and he has an analogy at the ready.

“I always picture Narnia as some long-lost place in the corner of nowhere,” he says. “And when I tell people in the city I’m from Brampton,  they’re like, ‘Oh, that’s deep [out there].’”

If you’ve been following Falana’s releases on SoundCloud over the past year, you’ll know classic children’s literature is a source of inspiration for the rising MC. Last year’s mixtape, Live From Rocky Mountain, was loosely based on Maurice Sendak’s Where The Wild Things Are.

But when talking about his music career, he sounds like a focused realist. Suburban Brampton might seem distant to many city dwellers, but its sprawling communities are the ideal place to hide out and make music. That’s why so many of our top production talents – Boi-1da, T-Minus, PartyNextDoor, WondaGurl – and up-and-coming MCs hail from the 905.

“It’s quiet. There’s a lot less to do so it’s easier to put 10,000 hours into a skill or a craft,” he says. “You obviously have to work, but during high school or on summer days, you’re at home playing, and for me that play time was transformed into work.”

He calls Live From Rocky Mountain, produced in part by long-time friend Po, a “time stamp” of his life at the time. Its feel-good songs combine summertime bounce with melodic flows and soul samples, while the lyrics chronicle the post-high-school grind.

A three-month bout with laryngitis took him out of commission late last year, but he’s back in the studio and releasing a steady stream of singles on SoundCloud, working with New Jersey producer Illmind on his next project and, this week, playing his first two shows in nearly a year, the inaugural DIY event Summer’s Interlude and Manifesto’s marquee event.

On the recent singles, his songwriting is more ambitious. The punchline-oriented MC has been putting more emphasis on melodies and hooks, like on the languid These Days and the D’Angelo-sampling Think It Through.

Falana started rapping by accident in his last year of high school. Up to that point, he was a dancer and big fan of R&B acts like Chris Brown and T-Pain. His goal was to be a backup dancer for a pop star like Justin Bieber, but he picked up a mic on a whim at a Po’s house and took to it.

Initially his rap name was The Flan.

“The Flan sounds like a superhero, like I should be coming to your rescue,” he says. “It’s also a dessert. Somebody tweeted a picture of pudding and tagged me. I was like, ‘Man, it’s time to change my name.’”

His songs have since earned spins from taste-making U.S. broadcasters Sway and Ebro, and one was licensed for the OWN TV series Greenleaf. Along with Po, he’s part of a crew of friends from Sandalwood Heights Secondary School that includes his DJ, photographer and creatives who work on his music videos and shows. Last year they chronicled a trip to Miami in the video for Rocky Mountain single Vacation.

While many of his peers are content to riff on Drake’s moody minimalism, his music is brighter. And yet he hasn’t been able to avoid comparisons, something he shrugs off.

“My voice is unique regardless. When people listen to me more, that thought goes away,” he says. “You can hear every single word in a Drake verse. I don’t know another artist who enunciates every single word. Everything means something, and that’s what I try to do in my music.”