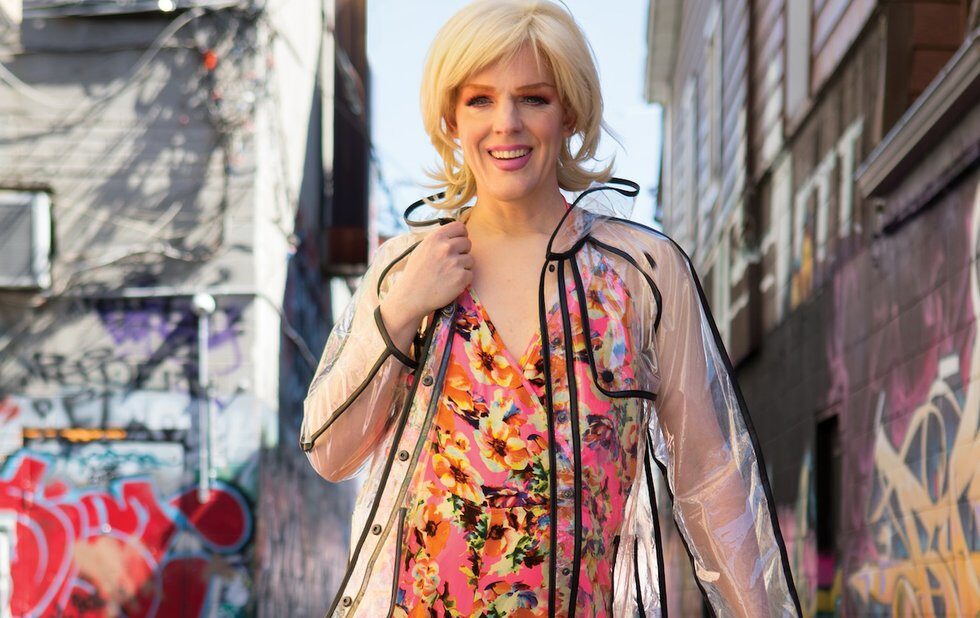 The cover model for our spring guide is Regina Gently, the drag queen songwriter and performer who has made music (and appeared on the cover of NOW) as Gentleman Reg. Regina is stepping into spring with her debut solo single, Good People, a house anthem produced by twin brother techno producers Matt and Mark Thibideau (aka Repair) that drops on April 19. A full-length album is due later in the year.

It’s a political anthem, which is interesting because I wrote the lyrics a couple years ago, but they really continue to be super-relevant. The chorus is “good people fucked over again” and that can be applied to so many different things. I had something specific in mind, but I’ll leave it open to interpretation. It’s an anthem for the underdogs and marginalized.

How does a drag queen dress for Toronto’s unpredictable spring weather?

It’s good to have layers, which is also good for the show because everyone likes a reveal. My style is simple – it’s very 70s- and 80s-inspired. Think Debbie Harry, Cyndi Lauper, the Go-Go’s or early Boy George. Those people became big pop stars but started out very much punk and DIY. There’s something romantic about that time.

Regina Gently opens for Rich Aucoin at the Drake Hotel on May 22.