NOW MagazineMusicFeaturesRethinking my rock fandom in the age of #MeToo

Rethinking my rock fandom in the age of #MeToo

As the movement shines a spotlight on the systemic misogyny of rock 'n' roll culture, I can't help but ask myself: do I have to throw out my record collection? 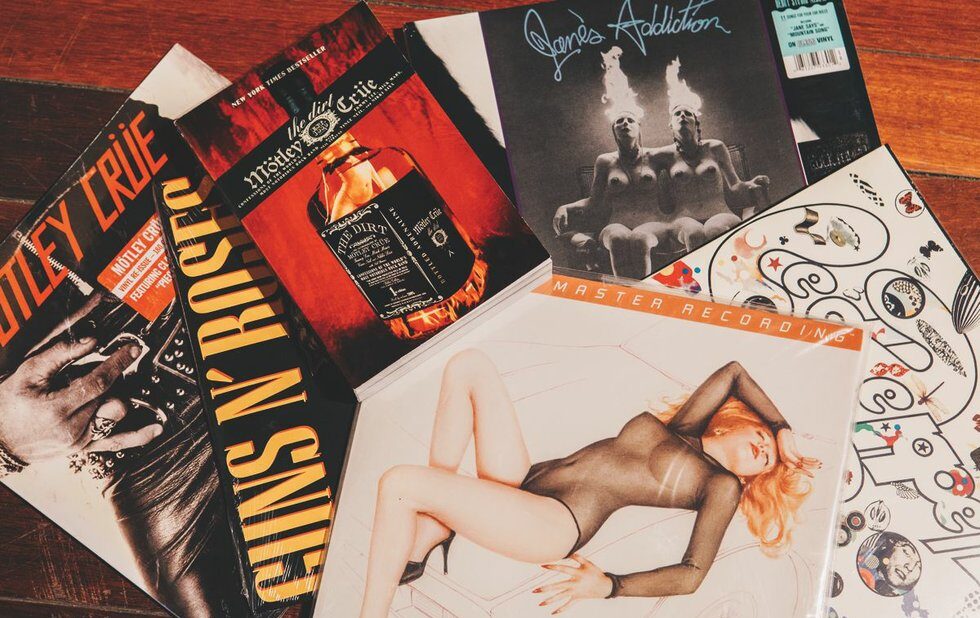 Often I have dreams in which I am super-buds with heavy metal musicians. In these dreams, we’re all standing around backstage after the show, making jokes and talking about the transcendent power of rock ’n’ roll and drinking beers and eating carrots from craft services. (What can I say? I have a wholesome mind.)

Often I’m in the band, too, or my own band has also played the show. I’ve had these dreams since I was a teenager, but lately, they’ve taken a turn.

The band at the centre of a recent dream was Iron Maiden. Again, I was backstage, stealing snacks and beers. But instead of shooting the shit about music, I was in an earnest discussion with all six members about the rules of consent. The NWOBHM legends listened to me with interest, asking intelligent clarifying questions without defensiveness and appearing moved by my words. (A girl can, quite literally, dream.)

I woke up. My familiar room enclosed me, full of early-morning shadows. Ah, bummer. Same old world. Another day where I’ll learn through Twitter or the back channels about some terrible behaviour of a dude I admire or know. Or had admired and thought I’d known. That’s the rub. Exactly what are we supposed to do with all of this new information?

That answer is, obviously, subjective, personal, likely case by case. I can’t answer it for anybody and would never try to. But for me, allegations of sexual, physical, psychological or emotional violence, or of racism, transphobia, ableism or homophobia, make me want to take some concrete action – and when I consider the history of popular music (and literature and cinema, etc.), that maybe means tossing out huge swaths of my record collection.

Because nowadays when I reach for my copy of Presence by Led Zeppelin, I can’t shake thoughts about Jimmy Page’s relationship with a 14-year-old. I can’t play Appetite For Destruction – an album that changed my life – without thinking about what a douche Axl Rose is. Raw Power? Iggy Pop immortalized his 13-year-old lover in the song Look Away, a girl who eventually ended up in an abusive relationship with Johnny Thunders when she was 16.

Mötley Crüe proudly outlined copious amounts of dirty deeds in their memoir The Dirt (subtitle: Confessions Of The World’s Most Notorious Rock Band), and we not only made it a bestseller when it came out in 2001, but the movie version is coming out later this year.

As others have noted, the sex, drugs and rock ’n’ roll antics of old-school rockers, especially those whose stars rose in the 70s and 80s (grunge, queercore and riot grrrl bands gave us some respite), are largely passed off as outlandish and entertaining – even admired and celebrated. Consent is assumed, if considered at all, and the men get a pass for being debauched, wasted “geniuses” doing the dangerous work of thrilling us. Who cares if Page was a child molester – get a load of that righteous Ramble On solo.

I get it. I love that solo, too. I am an eternal sucker for tough-dude rock ’n’ roll despite knowing that much of it has been born in a sea of toxic masculinity that has caused unfathomable damage. I envy the boldness of the music while also recognizing how gender socialization has kept that kind of confidence out of reach for me and half the world’s population.

And lately, especially in the face of #MeToo, the more I recognize rock ’n’ roll and its accompanying lifestyle expectations as a patriarchal construct that has given men continued permission to take, take, take, a new feeling sits alongside my love of the music: rage.

Because the repercussions of those old days and old ways are still playing out today. There’s no question. Bands – and musicians in genres way beyond rock and metal – still believe in the clichés, still perpetuate them, still aspire to them. Case in point: Hedley.

In response to a list of very recent sexual assault allegations against singer Jacob Hoggard, including rape, the band admitted to having “engaged in a lifestyle that incorporated certain rock ’n’ roll clichés,” acknowledging that the music industry “does not exactly have an enviable history of treating women with the respect they deserve.”

No, the industry absolutely doesn’t treat women well, and the perpetuation of these clichés is in part why women, LGBTQ+ and racialized musicians continue to have to fight for space and visibility, continue to face aggressions every step of the way, including in their own bands with men, continue to be ranked low on bills paid less than male bands left off of festival rosters and important lists and out of history not invited to things undermined and questioned by sound people and music equipment store clerks.

The repercussions are real, alive, pervasive, ongoing. If rock ’n’ roll truly is dead or dying, here’s hoping its clichés are going down with it.

In the meantime, I’ll probably continue spending my REM sleep providing emotional labour to rock stars, dreaming of a time when I’m seen as an equal.

P.S.: I have zero dirt on Iron Maiden.

“We’re talking about Ducktails and [Hedley], but what about fucking Led Zeppelin? What about Mötley Crüe?” asks Meg Remy of U.S. Girls. Read our cover story on the Toronto-based pop artist here.