The music is more influential and borderless than ever, but the term is outdated. So what do we call it? Global beats? The new Canadian Sound? 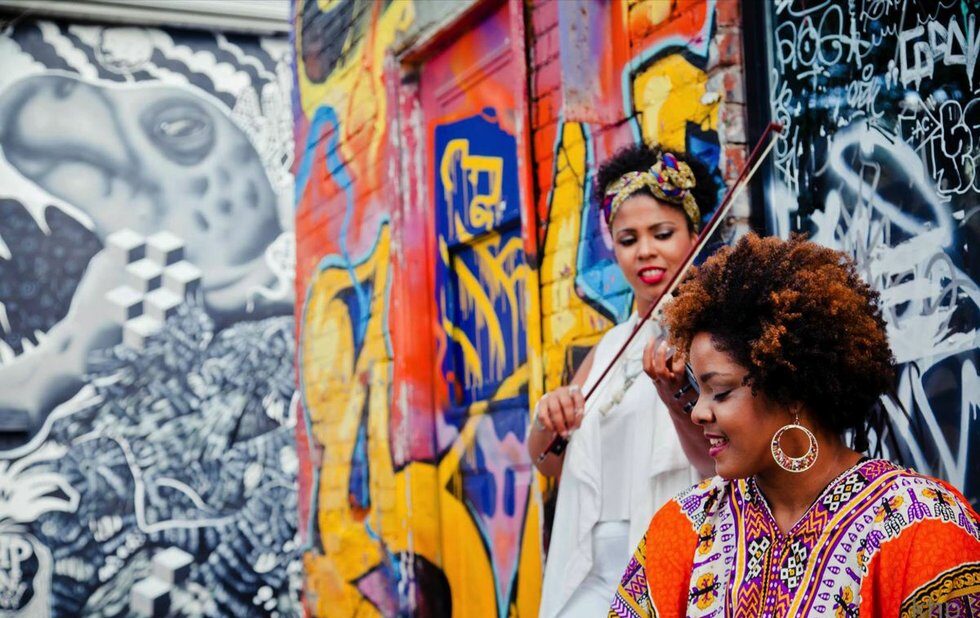 “’World music’ is a bit of a crunchy term,” says Lula Lounge co-founder/co-artistic director José Ortega ahead of Lulaworld Festival. “Like jazz, like salsa, it’s not a sufficient label because the music itself is far more complex. And the label is much smaller than the reality of it.”

World music has a huge global impact on everything from pop to hip-hop: from the “lelelelele” vocals in the Weeknd’s Pray For Me to Lido Pimienta’s 2016 Polaris-winning album, La Papessa, Montreal’s Pierre Kwenders, Ibeyi and even to the contentious DJ Diplo.

Yet over the last decade or so, the term has also been outright rejected by many artists whose music is categorized under it. Many are searching for a term or terms that fully reflect the music’s complexities.

But it’s a loaded term, problematic for its inherent racial assumptions and its “we can’t think of anything else to call it” backstory, as explained by Johan Hultqvist of Pinwheel Music, who represents Kobo Town and Kiran Ahluwalia and has worked with Mundial Montreal, a festival and summit with a focus on artists from around the world.

“It’s worth remembering that the term was the result of a marketing campaign back in 1987,” Hultqvist explains from Montreal. “Thirty-six people from a few different record labels in London got together to figure out how they could sell more records by artists who didn’t fit into any of the existing categories. ‘World music’ was the winning – and least bad – suggestion.”

The term opened doors once closed to global voices and sounds.

“The labels pooled £3,000 to print stickers that said ‘File under: world music’ to push record stores to create a section for artists from South Africa, Israel, Mali, Brazil – and like that, world music was born,” he continues.

“I don’t know that anyone loves the term. We just haven’t come up with a better one.”

Toronto-based Afro-Cuban outfit OKAN, who play the free Lulaworld Stage at Dundas West Fest on Saturday (June 2), would welcome a better one.

“We’re not very fond of it honestly,” says the band’s Elizabeth Rodriguez. “When you speak another language besides English, or the rhythm is not pop or rock, the industry quickly places you into world music. The industry needs to brand and categorize things, especially things that go beyond their radius of knowledge. For us, world music is all music. Music created on planet Earth.”

Canada is reflected in OKAN’s sound as much as their Cuban roots.

“Living in a multicultural city we can’t help to be influenced by it – still with a Cuban flavour.”

“It’s very interesting how the artists who fell into that [world music] category might not even qualify today,” says Sierra Leonean-American music producer/DJ/writer Boima Tucker over the phone from Los Angeles. “Some dancehall artists, even Bob Marley if he were alive and releasing a record in the 80s [after the term was invented], definitely would have been.”

However, Tucker explains that the advent of music blogs in the mid-2000s onwards opened a new generation to borderless music. No longer filtered through western collaborations and co-signs, a wider swath of music lovers began discovering international artists directly.

Today, there’s a sentiment from some people that, in the U.S., not only is the term dead, but the sounds as well. American publicist Devon Leger of Hearth Music says that there is “just not enough infrastructure, journalists or festivals to maintain the industry.”

He points to Drake’s use of global artists [like Wizkid and Burna Boy] and argues that it’s a choice driven by an untapped market rather than an attempt to introduce the artists to a western audience.

“What Drake and a lot of larger hip-hop artists are doing is sourcing talent from Africa, often from Nigeria. They’re treating it more as a business proposition.”

“With cell signals sometimes hard to come by, a lot of people use phones to store music and trade music easily by bumping with other phones,” he says. “The west treats digital music consumption as an online-only thing, whereas parts of Africa are more savvy about making this a person-to-person, and sometimes retail, opportunity.

“Africa chooses a lot of really interesting, different ways to connect with digital media that the west isn’t looking at in the same way,” he says, noting how technology like Auto-Tune has intersected with traditional sounds and created a “pretty fascinating wave of Afrofuturism” in African roots music.

Whatever the agenda behind the growing interest in global beats – a term some offer up as a replacement for world music – Ortega remains focused on supporting artists from the ground level so they reach a greater audience no matter the genre label.

Ortega co-founded Lula Lounge in 2002, and he looks at the “glory days” of world music as the support system that allows for everything that’s happening today.

“World music is now part of the fabric of what is,” he says. “Look at Despacito. Look at what Drake is doing and the rhythms that are in pop music now. All are influenced by world music from Africa, Latin America, the Middle East, the Caribbean and India.”

“World music took off and different artists all over the world heard these rhythms and got turned onto it. Then there was immigration, like what’s happening in Toronto. Then we have artists from Brazil, Cuba, Africa, India working together. There’s also the background of soul music and jazz that becomes a common language for everyone to take off from.”

The rest is history – or what some are calling the new Canadian Sound.

Ultimately Ortega is excited by what he hears.

“Music can’t die,” he concludes. “It evolves. It keeps going. It’s a living thing and the story just changes.”