NOW MagazineMusicFeaturesToronto band S.H.I.T. on how to stay punk in 2018

Stream both their new album What Do You Stand For? and their new compilation Complete S.H.I.T. here, and read our interview with guitarist Greg Benedetto 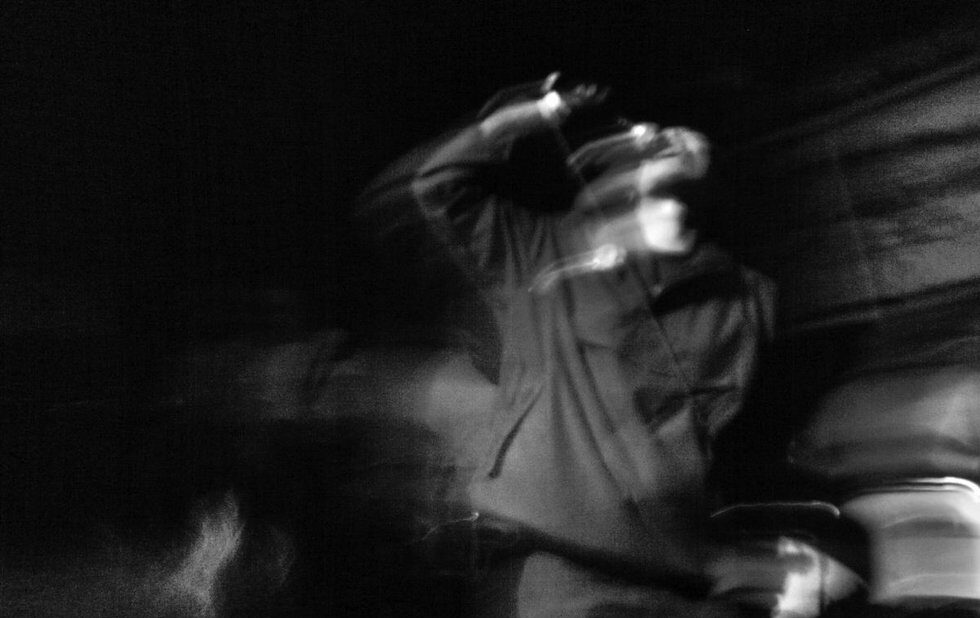 Toronto hardcore band S.H.I.T. are about to become a lot more prolific in a hurry. They’re putting out a new album, What Do You Stand For? (Iron Lung/La Vida Es Un Mus Discos Punk), on June 1 (pre-order it here), and dropping it alongside a compilation of all the other studio recordings they’ve done so far – Complete S.H.I.T., which includes material from a number of out-of-print records.

Listen to both below:

Before they head off on their first European tour, the five-piece will play a surprise show on Thursday (May 24) at Double Double Land. The show is PWYC and all-ages, and doors open at 10 pm.

It’s ethically fraught to be an anti-capitalist hardcore band in the 21st century, and the last-minute show/double-record drop is partially a way of keeping things under their own control.

That’s something S.H.I.T. – Ryan Tong, Greg Benedetto, Warren Calbeck, Brandon Demarco and Ivan Roberts-Davis – have been trying to do since they formed in 2012 – making their music accessible, affordable, open to all-ages crowds and free of unfair labour practices. At least as much as they can.

Read how in our full Q&A below:

Between the new album and the compilation, are you basically putting out everything S.H.I.T. has done?

Well there’s also a series of bootleg live tapes that we’ve done, like fucking Pearl Jam. But yeah, all the studio material is getting released. But even then, I think the compilation runs just over 30 minutes and then the new LP clocks in at about 16. So yeah, six years of work, 45 minutes of music.

You’ve always been a tough band to keep track of. Does this help take care of that?

It’s funny, we’ve been a band for six years, and six years ago not having a social media presence was more common. We don’t have a Facebook, we don’t have an Instagram, we don’t have a Twitter. There’s no real way you can interface with the band beyond the live shows or like going to Ryan’s shop [Faith/Void]. Maybe that just makes us mysterious, which I hate.

Whereas now, you know, I had this discussion with both the labels about Spotify. Because personally I’m not a fan and I never use it, and then there’s the whole business model aspect that I’m not crazy about. And you know, if I was 10 years younger I would talk to you about how fucking stupid I think it is and how it’s hurting artists. And the labels are like, no, if you don’t put it on Spotify, no one will listen to it.

Whatever anti-capitalist sentiment hardcore bands may have in this day and age, when you put out an album it becomes a commodity. You commodify yourself in doing that. That’s one thing we try to be mindful of: being a hardcore punk band in 2018 is a really loaded thing. One way or another, by doing it, you’re engaging in an exercise that ultimately failed at its outset.

Like if Ian MacKaye was screaming at a wall 35 years ago, it feels really fucking dumb to be screaming at the same wall. Or you at least need to acknowledge that.

Now you’re screaming at an algorithm.

Or you go out on the road and…

Go on the road and struggle? And things aren’t getting better. There’s a sort of futility in this practice of music, not to mention politics.

What keeps you going in the face of that futility?

The idea of anti-capitalist and political music has been around forever and been commodified the whole time. Yet we’re still making it. So how is it rebellion at this point? That, to me, is the focus.

There’s a degree of organizing that is part of the band, or at least that’s the motivator for me. It’s not just “I have this band and I want people to listen to our music.” It’s more like “the music is a symbol for what anyone can do.” Sure, I might not be able to solve anything by playing a guitar loudly and poorly, but some kid might hear our record or come to one of our shows or go to Ryan’s shop and get an idea out of this community that they can then translate into something meaningful in their lives and the lives of others.

Have you found that’s gotten more challenging over the years? The members of S.H.I.T. have all been in various punk and hardcore bands for a long time now.

There’s a lot that’s changed about DIY culture. When Nirvana was selling millions upon millions of records in the 90s, there was a counterpoint to it. There was a very strong DIY punk scene in the 90s, whereas now the lines are really blurred and you don’t know who stands where.

It’s almost more about what it means to exist now than just what it means to be a punk band. A lot of what we’ve discussed so far is around this sort of technological oppression. This hidden hand. It’s like what’s come out about Facebook, from the Edward Snowden revelations, to now this understanding of this technological gerrymandering where people are being manipulated into buying things, or into casting votes for people who are interested in the abuse of power. How can you escape this panopticon?

We’re all just data at this point. To someone else’s ends.

Is the idea not to try to escape that, but to try to exist within it as ethically as you can?

That’s almost a meme at this point, that there’s no ethical consumption under late capitalism. Personally, I’m fascinated with it. I still put on shows because I do genuinely believe that there’s power and opportunity in a 17-year-old seeing something that blows their mind and could lead them down a path creatively and politically. You know, like the people that are running the overdose prevention site in Moss Park right now are punks. They grew up in that kind of community. That is, to me, the best representation of what we hope to enable through playing or organizing. Suggesting that there’s an alternative to the systems that dominate our lives.

Does that play into this surprise release show too? S.H.I.T. ran the DIY venue S.H.I.B.G.B’s, which shut down, and Double Double Land seems to be one of the few left in the city.

Absolutely. As a promoter, I have a lot of respect for the other venues in the city, but it doesn’t make sense to me to go and sell out the Garrison or something like that and have it be 19-plus, or to do like a $5 show at the Velvet Underground and make a big deal of the record release and further commodify it. At least not in the same way it does to do a last-minute show and play in a space that we support politically. It’s more about that than making a lot of money, or trying to figure out what the right trajectory for the band should be. You go the normal venue route and you really are engaging in that music industry pursuit, which is fine, but I don’t think it really aligns with what our band is about.

It’s almost like it takes more work to not engage with that.

Yeah, and that ties into that whole idea of presenting an alternative. When you are performing you’re not just performing a song – you’re performing a practice of how you can create art for people to observe and engage with. And it’s important for us to perform in a capacity that presents an alternative to people as to how art and music can exist and be vital in the city.