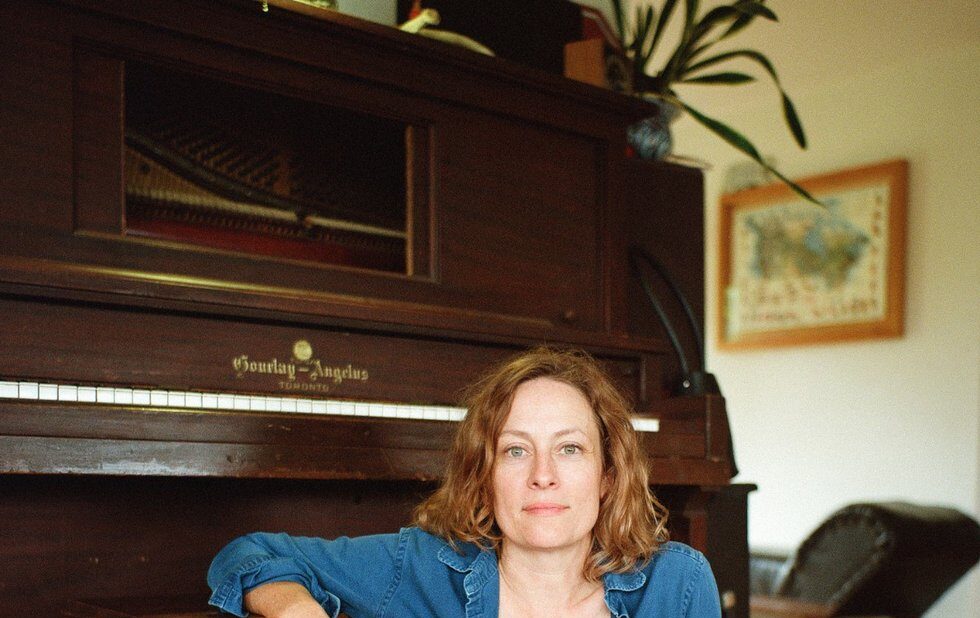 Over the past decade, fans of veteran Ontario singer/songwriter Sarah Harmer may have found themselves wondering where she’d disappeared to. She’d occasionally pop up to perform at the odd benefit show or festival lineup, but talk of a new album began to feel like an urban legend.

Twenty years after the release of her breakthrough solo album You Were Here, she’s finally back with the fittingly titled Are You Gone, a finely wrought collection of songs about love and loss that’s at once deeply personal and political.

But the COVID-19 pandemic has made her comeback a tentative one. Harmer had just begun to promote Are You Gone – her first new album since 2010’s Oh Little Fire – and had an extensive spring North American tour booked that would have brought her to the Danforth Music Hall for two shows next week, before the pandemic torpedoed events around the globe.

She’s hoping to reschedule the tour for later this year, but in the interim is joining many of her peers in taking the music online: she’ll be playing an intimate virtual show from her living room on Thursday, March 26 at 8 pm on Facebook and Instagram Live. She’ll take requests and heckles, she jokes, while coming together with fans during this “surreal and tender time.”

Over the line from her home near Burlington – fresh off an early stretch of U.S. tour dates in February just prior to everything shutting down – Harmer reflected on returning to music after several years out of the spotlight.

“I’m on the other side of it now. I was on the one side of it for so long, saying [an album] was gonna happen and talking about it and thinking that it was somehow going to come together and I was going to get it all tied up – and I’m glad to finally have something to show for all my talk,” she says with a laugh.

While fans may have to wait to see her on stage, Harmer’s new album is a reminder of how much her clarion voice and carefully crafted songwriting have been missed. Though 10 years between records may have seemed interminable for those eagerly awaiting new material, Harmer has been keeping busy. She’s been leading environmental activism efforts in her community since 2005, co-founding citizen’s organization Protecting Escarpment Rural Land (PERL) and leading the coalition’s efforts to prevent quarry development in the Niagara Escarpment – despite a 2012 Ontario Municipal Board ruling against Nelson Aggregate, the company recently announced it will try again with a revised proposal.

“There were a few striking moments when I would sit up in bed and think, ‘Why aren’t you singing? Why aren’t you doing what you have done for so long and worked to develop?’” Harmer admits. “It was nice that I had so much time to just be there for my family, and get deep into relationships and not always be at the mercy of a pre-planned schedule. But there were lots of times where I thought, ‘Alright, I have to corral my energy and just follow through and finish this [album] so I can share it and keep moving along.’”

After committing to longtime friend and manager Patrick Sambrook that she’d finally pull together the songs she’d written in recent years to finish the record, Harmer enlisted Montreal producer Marcus Paquin to help shape the overall sound of Are You Gone, writing three new songs (Little Frogs, Squeaking Voices and Cowbirds) over the past year during the recording process.

The record’s dozen songs deftly cover both sides of the Harmer canon, from her signature shimmering ballads (such as the poetic Just Get Here, originally written for the 2015 documentary Al Purdy Was Here) to the power-pop influence of her 90s indie rock band Weeping Tile on punchy tracks like New Low and Take Me Out. Harmer, who turns 50 this year, notes that while she doesn’t always write with specific themes in mind, loss proved a common thread (another quietly powerful tune, What I Was to You, references the late Gord Downie of the Tragically Hip, who was a longtime family friend and mentor).

“The longer you live – if you’re lucky, if you get to keep on living – you experience more loss. That’s just the way it is,” Harmer points out. “It was really hard to choose a title for the album. I didn’t know how to put a lasso around the whole thing and call it something. I settled on Are You Gone because I was thinking about people, but I was also thinking, ‘These parts of the past and these stories that I was attached to, have I let them leave the whirlwind of my mind? Have they let me go, or have I let them go?’”

Sinking her teeth into activism was a way of staving off loss of another sort – of the natural world around her that’s been a key part of Harmer’s life since growing up in the Escarpment area. In this era of climate change and political upheaval, Harmer’s environmental advocacy is perhaps just as vital as her music. She’s been working tirelessly, including a gruelling ongoing battle with Nelson Aggregate to save the rock quarry at Mount Nemo from mining.

“When we had our first real meeting with PERL, I was like, ‘Wow, okay, this isn’t always super-sexy. This isn’t just a great logo and a cool launch party in the city – this is going to a lot of really slow, boring municipal meetings and working with people I didn’t know who had spent 25 years at Monsanto.’ It was like ‘Oh, geez, these weren’t the people I was expecting to change the world with!’” she quips.

Harmer, who’s not shy about sharing her political opinions on social media, recognizes how easy it is to feel helpless when trying to effect change. Her advice for anyone wanting to make a difference is simple: just get involved in any way you can.

“It’s true, it’s overwhelming at times,” she says. “I don’t feel like I’m doing enough. I think everybody feels that way. Keep letting yourself off the hook, but just keep getting out there. Just participate in some way, and it’ll open up for you. You just have to show up. And then you get hooked on it.”

Returning to sharing her songs with eager listeners, including a handful of shows south of the border last month, has reminded Harmer of the power of music to act as a balm in these troubled and uncertain times.

“It’s a communal experience in so many ways, which is something we need right now.”

Arts & Crafts will ship CD and vinyl orders during this period of social distancing. You can order Are You Gone here and on Bandcamp.