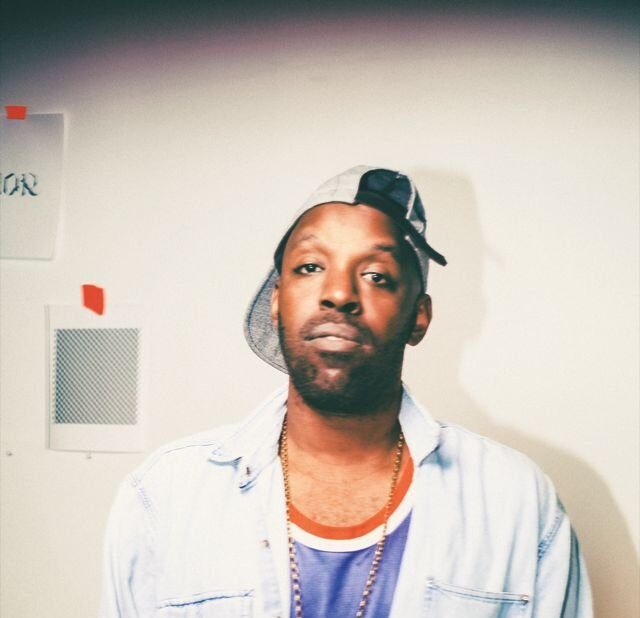 Sometimes separating artists from their persona can be a fool’s errand, but even a brief chat with local rapper Shad (aka Shadrach Kabango) reveals that he’s exactly what you might expect from listening to his records: thoughtful, warm, with a sly sense of humour cutting through it all.

Think back a decade ago to when he broke through with his light-hearted Fresh Prince homage, right through to Fam Jam, his heartfelt ode to the immigrant experience on 2013’s Polaris Prize-shortlisted Flying Colours.

Five years later, Shad’s back with the concept album A Short Story About A War – and it’s not just the monumental socio-political shifts in the world over that time that got him thinking, but the big changes in his own life as well.

Instead of riding the success of his last album, Shad found himself in a different kind of spotlight when he took over the hosting chair of CBC Radio’s flagship arts program q in 2015. (Full disclosure: I worked on the show as a producer in 2016.) Though he was replaced as host the following year, he says he sees his foray into broadcasting as a learning experience – one that dovetailed nicely with his role hosting and interviewing rap legends for the award-winning Netflix documentary series Hip-Hop Evolution, which recently released its second season.

He also surprised even diehard fans in 2016 by releasing an album of swoony R&B ballads under the side project guise Your Boy Tony Braxton. He got married that same summer and just had a baby daughter in October.

“Ever since Flying Colours, it’s been this almost exploratory time,” he says during a brief stop at home in between touring the new record. “I kind of feel with all my albums up until then, there was a thing I was trying to do – trying to bring my ideas and experiences to life. It just felt like a series of paintings or something. And then it was like, ‘Okay, I’m really happy with that – now what else?’”

The answer came to him in a recurring dream about a war seen through the lens of various characters, all with their own vantage point and perspective on the violence – perhaps his subconscious trying to make sense of the current state of the world, Shad admits with a chuckle.

While the resulting album features Shad’s characteristic mix of heavier beats, effervescent nods to pop and electro and collaborations with peers like Kaytranada, Lido Pimienta and Yukon Blonde, it’s a darker offering than fans might have expected. A musically and lyrically dense exploration of global conflict that touches on migration, hate, violence and greed, A Short Story About A War is an all too timely listen – but far from a didactic one.

“You can’t touch people any other way,” Shad notes. “To me, what I’m trying to get at with the album is the underlying sense of fear and anxiety we carry, and what it might take to overcome it. And I think what it might take is a radical shift.”

That might sound ominous, but the positivity that radiated through Shad’s prior anthems like Keep Shining and A Good Name aren’t far from the surface even as he tries to make sense of where we’re at today – and where we might be headed in the future.

Though he’s never shied away from referencing his faith, it’s clear spirituality weighs heavy on the new album. He drew on the album’s themes while delivering the annual Slater-Maguire Lecture at Saint Margaret’s Anglican Church in Winnipeg back in September.

“In the end, love can’t be overcome – and forgiveness is the highest wisdom,” Shad offers. “That’s where I get a lot of my sense of hope from. Also when I think about this album and the central question of ‘What does it take to see through the illusion of fear?’ to me, the answer is something spiritual – it’s not facts or figures. It’s a discipline – of finding hope and love, and maintaining it.”

The album features a cast of characters and themes that direct the narrative, from the Sniper looking down on the masses below, to the Stone Throwers trying to protect themselves, to the Fool who’s perhaps the only one who can truly parse the absurdity of the situation.

We asked Shad to introduce us to these key figures and how they fit into the larger concept behind the album.

Higher up the corporate ladder / The higher your social station

“This is where it starts. Maybe it’s because from that [elevated] vantage, you see things. It’s the most default understanding we all share: ‘This is how it works – get as high as you can.’ But there’s also a lot to that metaphor: the distance from the earth, the real fundamentals of life, also obviously the socio-economic stratification and feelings of alienation. I tried to put myself in that story a little bit, too, because I feel like people with immigrant experiences like I have, we especially get told, ‘Get up there. It’s not safe down here.’”

– The Stone Throwers (Gone In A Blink)

“I talk about all sorts of situations – some of them in our real world and some not, but to me [the Stone Throwers] basically describes people without power, people who use whatever power they have – and are often vilified as a result. But to me the song is also about hypocrisy, because these Stone Throwers do less harm with their stones than the people with more powerful, more sophisticated weapons. That song to me describes all those people’s experience.”

Wanna be free? Just answer one question / But answer honestly: What are you afraid of?

“So many of the things he says are not fashionable in our culture right now. That character says, ‘A human is not who the villain is / It’s fear, it’s greed, it’s pride / You see it inside.’ That’s not something we kind of talk about as much any more – the ‘other side’ not being the enemy, because actually they’re you. So there are things he says that in the current climate are kind of viewed as naïve. But I still wanted the song [The Fool Pt. 1] to feel like the character felt in my mind – just full of joy, and convinced of his perspective, even though there’s violence all around him.”