Sleaford Mods Jason Williamson on alienation, sobriety and the different hells we all inhabit 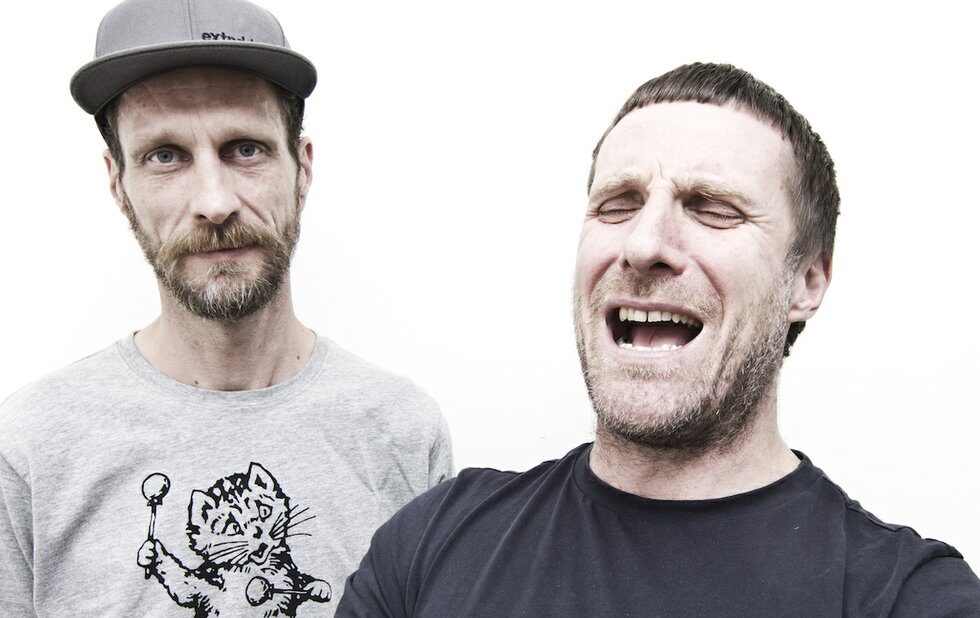 On the one hand, at 46, laying off booze helps him focus, sharpening his perspective and honing his lacerating observations on Britain, capitalism and what we calls the rot of the Western world.

But thats not to say hes pleased about it.

I cant drink, and I love alcohol. I cant take drugs, and I love drugs, he says, in advance of his groups first headlining North American tour.

In 1983, the British punk icon and frontman for Manchesters the Fall, Mark E. Smith, offered a six-point guide to writing during a radio interview. In it, he encouraged would-be social commentators to head down to that hoary centre of British social life: the pub. For Smith, the pub, in all its annoyances, was inspiration. This is where true penmanship stamina comes into its own, as by now guilt, drunkenness, the people in the pub and the fact youre one of them should combine to enable you to write out of sheer vexation.

Williamsons pub days are behind him. But hes got plenty in the way of sheer vexation. On the bands new record, English Tapas (Rough Trade), he takes aim at gym culture (Army Nights), hipsters (Moptop), imitators (Just Like We Do), boring-ass holidays (Drayton Manored) and the UK National Health Service (lead single B.H.S.).

It feels like an evolution from their breakout album, 2015s Key Markets, both in terms of the music courtesy the Mods other member, producer Andrew Fearn and lyrics. Musically, the dissonant minimalism of their earlier records has given way to melodies, even a few choruses. Lyrically, Williamson seems preoccupied with evergreen themes: posers, profiteers, getting older.

With the last album, we got accused of it not aging well, Williamson explains, because we mentioned certain politicians on it. But my argument is that while the names and the faces change, the identitys still the same. These people arent any different.

The thread that runs through Sleaford Mods music like a stark yellow Doc Martens lace is this sort of knowingly cynical alienation a total, helpless dissatisfaction with the modern world. On English Tapas, Williamson pisses on Englanders rubbing up to the crown and the flag and the notion of who we are and nostalgically pining for the good ole days, and even on that most sacred British music cows: the Beatles (Brexit loves that fucking Ringo, Williamson snarls on Dull).

As indebted to experimental rap and hip-hop as it is to Brit-punk groups like Half Man Half Biscuit and the Fall, Sleaford Mods make spooky, skeletal rave music for the apocalypse, shot through with Williamsons spirit of radical defeatism.

The golden days of this and the golden days of that are over, he says. Were just left with a flatline of consumerism. And not a lot of jobs. The elites are committing robbery in broad daylight not even hiding it! All these massive injustices are happening in front of our eyes, and were powerless to do anything about them.

I dont think it will be any different moving forward unless theres a massive overhaul: a condensed governance of reason. But I cant really see it. I cant really see anything like that happening for a long time. So we laugh and take advantage of it with the music. But socially, its terrifying really.

Williamson is wise and savvy enough to know that even his burnt-out alienation is, in its own way, a kind of entitlement.

I can certainly spread my legs a bit, he laughs. Im not mourning the loss of immediate family in Aleppo. Im not experiencing starvation like certain areas of Africa. Obviously youve got the mindless poverty of India as well. We are more privileged. Its different levels. But its all just different kinds of hellish atmospheres that everyone experiences in their own way.