Sled Island makes Calgary a Music City in all but name 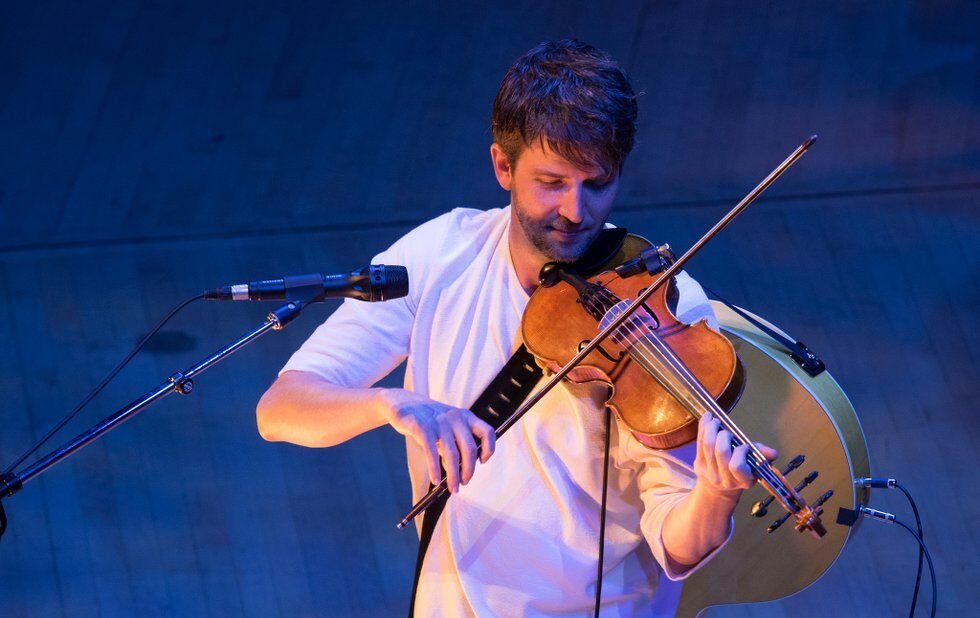 Toronto is one of the lucky few Canadian stops on most “North American” tours, and it’s easy to forget that the much of the rest of the country doesn’t get regular visits from international bands. Even though Calgary is Canada’s fourth-largest city, it can take some convincing for bands to make their way there.

That’s where Sled Island comes in. Now in its 12th year, the festival is a collective effort to make the city appealing to not only the citizens and musicians who live there, but to touring musicians as well.

June 2018’s edition of Sled Island served as a reminder to not take what Toronto gets for granted, and offered insights into how our own festivals can better foster our music community.

The whole city gets involved

There were small signs everywhere that the city had banded together to get behind Sled, from cab drivers talking up specific shows to restaurants offering meal discounts to people wearing wristbands.

In more overt ways, the festival took over parking lots, a church, a Royal Canadian Legion and an entire city block – unconventional places that don’t normally host the kinds of artists Sled Island attracts. Wye Oak’s set at Central United Church was an early festival highlight, the space allowing for the kind of reverence songs from their latest album, The Louder I Call, The Faster It Runs, and 2014’s Shriek command.

That reverence was also felt in buildings like the National Music Centre, which is its own kind of cathedral, built specifically for music, and where Grouper wowed an intimate crowd. Or the Jack Singer Concert Hall, where Owen Pallett stunned with songs both old and new (from his upcoming album, Island) backed by the Calgary Philharmonic Orchestra.

The Legion, meanwhile, acted as a festival hub throughout the five days, with performances on both floors. Guest curators Deerhoof played to a full room there, as did avant-hip-hop outfit Shabazz Palaces, attracting a lineup around the outside of the building.

The shows can be profitable for local businesses, which is incentive for them to get involved with Sled. Festival manager Shawn Petsche notes that “legions across Canada are in a weird position right now where they’re struggling to stay alive. Four days of jam-packed shows at night with people buying beer from them really helps out.” 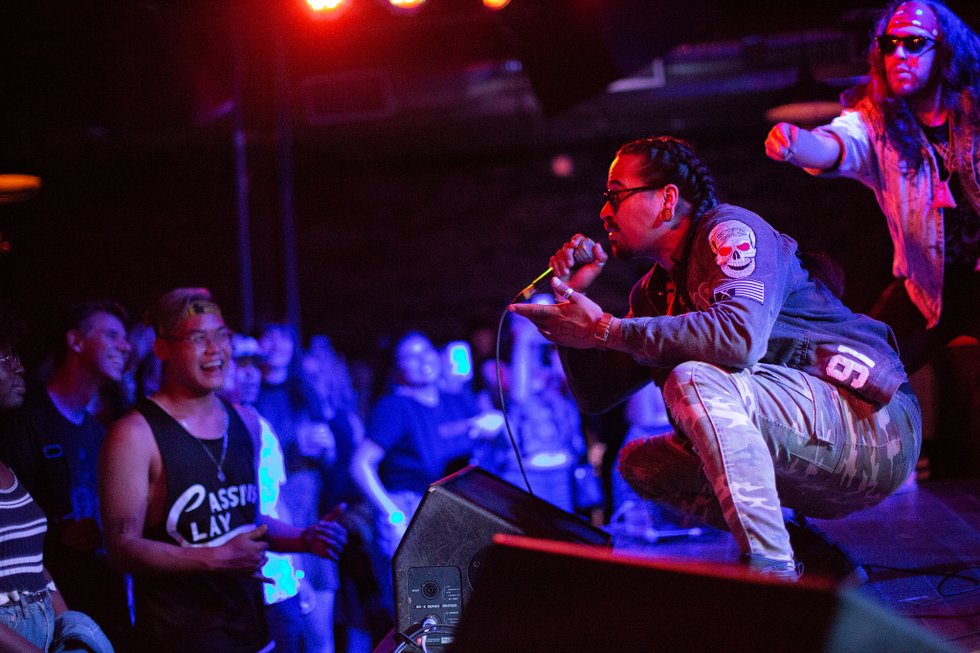 Though it uses some large-scale venues, the festival is supported by a network of smaller ones. It’s at those clubs where a lot of festival highlights took place. Nothing could quite compare to feeling The Body’s rumble in the muggy basement of the Palomino, the distorted guitar, guttural wails and hard-hitting drums reverberating off of everyone in the room. It made for the most physical performance of the week.

It was in these smaller sub-500-capacity venues that the festival’s role as a showcase for great Canadian talent really shone. Polaris Prize-winning artist Lido Pimienta was certainly the main draw on Thursday at Commonwealth, but Indigenous hip-hop artists Mob Bounce and Snotty Nose Rez Kids both held their own with vital sets that saw Mob Bounce rail against Kinder Morgan and Snotty Rez Kids tell the audience to let their locks out before diving into anthem Long Hair Don’t Care.

It was great seeing Toronto’s Eyeballs perform to a different crowd, and they showed that they have their noisy instrument-swap-meet style down to a science.

Petsche explains that the festival now has established a group of venues it likes to work with. That’s subject to change if a venue closes, like Local 510 did last year. But he and Sled see the venues they work with as part of a fragile ecosystem they help maintain.

“We’ve hit this magical sweet spot where the shows tend to be busy and we don’t have any more money to spend,” he says. “We know that if we grow and start adding more venues to the mix, it’ll have an impact on the ones we’re currently working with.”

Though there’s pressure from granting bodies and the city to be “bigger and better” next year, Petsche says his go-to response to such pressure is always “it was pretty magical this year. We’re going to try and do the same [next year] but make it more magical without outgrowing our appropriate size.

“We book really amazing bands,” he continues. “You don’t really need anything else.” 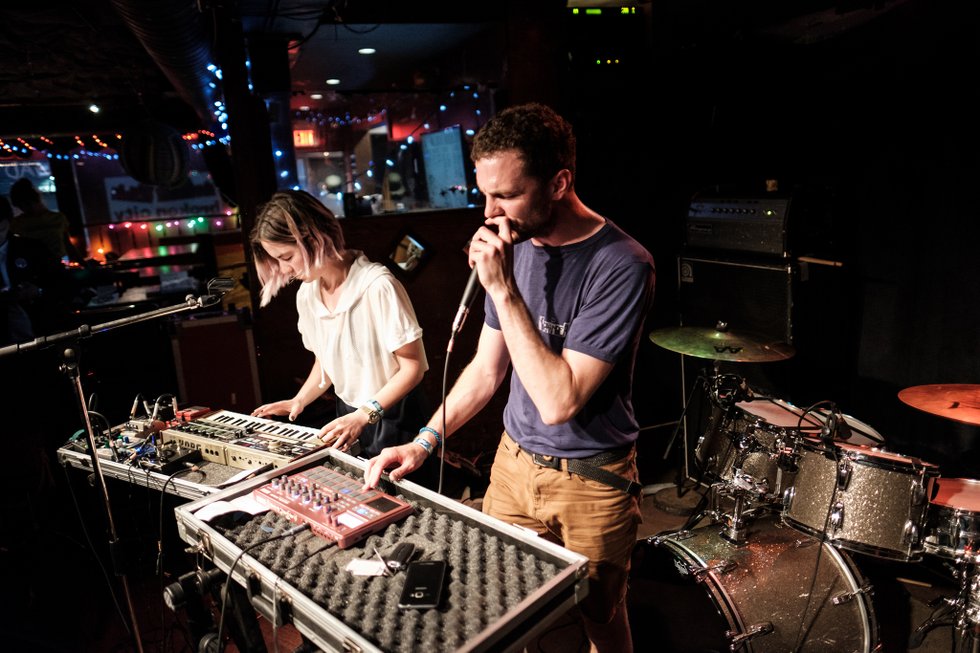 Fundamentally what makes Sled Island stand out is how it puts music above everything else. Handing some of the programming reins over to a guest curator each year, like Deerhoof, ensures that every festival will be unique, that the music being booked is done by people genuinely excited to hear it. It’s a sign of trust between the organizers and artistic community that then serves as a beacon to other artists that this is a festival where their craft will be taken seriously.

That approach informs Sled’s mentality around music venues, not going to great lengths to find new and Instagrammable places for artists to play each year but rather focusing on maintaining relationships with spaces that help foster the music community year-round, foregrounding great performances first and foremost.

It’s that kind of trust in the music community that makes Sled Island, and by extension Calgary, such an important place for bands to play, and a reason why other cities should take note.