Drake, Jazz Cartier, Killy, Wondagurl and Mustafa The Poet have posted remembrances of the young Toronto rapper on social media 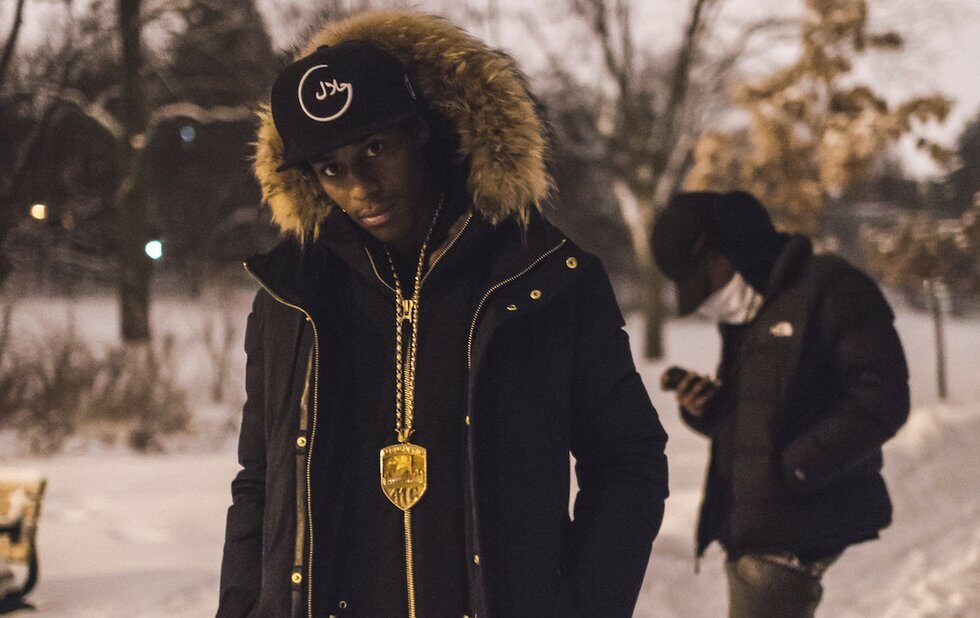 Update (July 1): This story has been updated as new details have become available.

CP24 reports that witnesses heard multiple gun shots ring out near Cube Nightclub on a busy strip in the Entertainment District shortly before 8 pm. Two male victims and one female victim were rushed to hospital and the two the male victims succumbed to injuries, police said. The 37-year-old female victim is expected to recover.

On Sunday, police identified the victims as 21-year-old Jahvante Smart, aka Smoke Dawg, and 28-year-old Ernest “Kosi” Modekwe, aka Koba Prime, a member of the hip-hop collective Prime. The pair have worked together as part of the rap group Full Circle.

“Jahvante touched the lives of many fans not only in Toronto, but around the world. Music was able to let him travel the world and chase his dream of becoming a superstar. He leaves behind a one-year-old daughter, his parents, 13 siblings, friends and all of the fans his music touched.

“As a young man from Regent Park, he overcame poverty and grew into a responsible, caring grown man who took care of his friends and family. He helped people wherever he could and will be remembered for his huge smile and glowing personality.”

A candlelight vigil will be held for Smart on Monday, July 2 at the Metropolitan United Church park (Queen East and Church) at 8:30 pm. Mourners are encouraged to bring flowers, candles and posters. Everyone is welcome. Smart’s sister has also started a GoFundMe page to help the family cover funeral costs.

Before police identified the deceased, Smart’s friend Mustafa The Poet confirmed on social media that the rising MC had died. “The worst day of my life, I somehow keep finding a new worst,” he wrote on Twitter. “Smokey is gone, may our prayers follow him to heaven.”

Fellow rapper and collaborator Puffy L’z took to social media to pay tribute, as did other rappers and producers including Jazz Cartier and Drake, who posted a few words on Instagram along with a photo of himself performing with Smoke Dawg on stage.

“All these gifts and blessed souls and inner lights being extinguished lately is devastating,” the hip-hop star wrote in an Instagram Story post. “I wish peace would wash over our city. So much talent and so many stories we never get to see play out. Rest up Smoke.”

Local news outlets are reporting that the suspects may have fled the scene in a black SUV or white car. Homicide detectives have taken over the investigation.

A graphic Snapchat video of a victim lying on the pavement surrounded by bystanders was also making the rounds on social media. The video’s caption reads “Smoke Dawg” and friends and fans are asking people not to share it.

Along with Puffy L’z and Safe, Smoke Dawg was part of a rising group of rappers from the downtown neighbourhood Regent Park called Halal Gang. He scored a viral hit three years ago with the song Still and later collaborated with French Montana and Skepta. Smoke Dawg started generating international buzz when he brought out Drake and Skepta during a concert in London, England in February 2017. He went on to open on Drake’s Boy Meets World European tour. Just prior to that, NOW named him one of our hip-hop artists to watch.

Earlier this week, Smoke Dawg released the song Fountain Freestyle and was preparing to put out his debut full-length project, Struggle Before Glory, later in the year.

A GoFundMe page has also been set up to cover funeral costs for Modekwe, who worked as a music brand manager for Prime, the group that includes rapper Jimmy Prime (who coined the term “the 6ix”).

“He was a loving son, big brother, boyfriend, friend, employee and more,” the page reads. “His infectious smile lit up any room he entered and he was instantly friends with anyone he met. After graduating with Honours from the University of Toronto, Kosi Modekwe worked hard to help his single mom and provide for his two siblings.”

A memorial was held in an Etobicoke park for Modekwe on Sunday evening.

Meanwhile, the city’s hip-hop community, including rapper Killy and producers Rich Kidd, Wondagurl, Murda Beatz, Boi-1da and Nineteen85 of DVSN, is continuing to react to the news on social media.