NOW MagazineMusicFeaturesWith Con Calma, Snow’s Informer is back and so are some nagging questions

With Con Calma, Snow’s Informer is back and so are some nagging questions

Come with a nice young lady, we would sing, jumping on to the easiest and most coherent bit from Informer,. 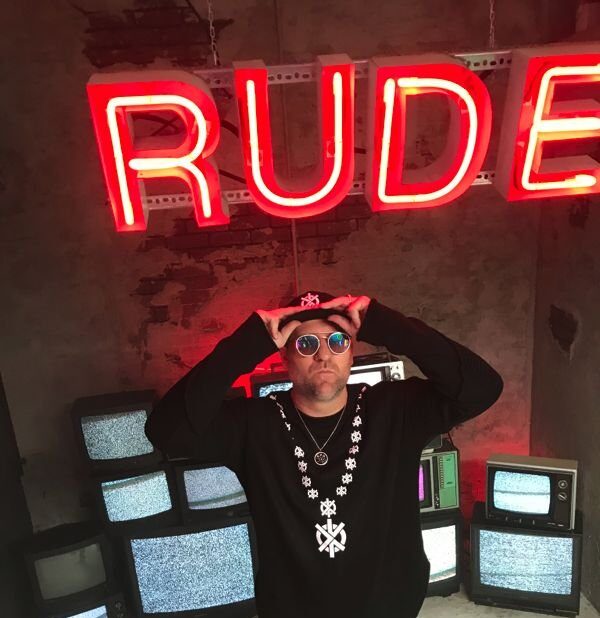 Come with a nice young lady, we would sing, jumping on to the easiest and most coherent bit from Informer, which has now been dusted off for the viral Daddy Yankee hit Con Calma.

The Canadian artist (of Irish descent), born Darrin OBrien, spent seven weeks at number one on the Billboard charts with that global hit, which made its way into the Guinness Book Of World Records as the top-selling reggae song in U.S. history.

I cant help but think about cultural appropriation and ask the same question thats followed him since 1992: how much of the songs success can be attributed to Snows white privilege?

He doesnt have much of an ear for what woke culture has to say.

Were back in this conversation today because of Con Calma, Snows recent collaboration with Puerto Rican Reggaeton legend Daddy Yankee (of Gasolina, Rompe and Despacito fame), which features the Informer singer laying down his most digestible verse from his classic hit.

The song has ignited the latest dance craze, the Con Calma challenge, inspired by the moves choreographed by Chapkis Dance Family in its banging video, which to date has reached half a billion views.

Daddy Yankee has spoken about how much he loved Informer growing up, and the new fusion between Snow and the King of Reggaeton is a nice little bridge between artists circling Jamaicas sounds. Yet its hard to ignore how few artists from Jamaica ever soar to these heights.

Snow doesnt outright dismiss what Im trying to address, but his responses certainly arent the kind that would come from anyone who gives these issues much thought.

Its like everything is a problem, he says. Chill the fuck out and toughen up. Theres no toughness no more. You cant say nothing without people fucking crying.

If those words sound harsh in writing, they dont sound it coming from Snow. Hes just frank and constantly willing to be exposed. Talking to him at the boardroom of NOWs downtown office makes me feel like Im right back in Scarborough with people who are frustratingly ignorant of bigger issues but also eager to do right by their peers and community. (See here for our discussion on former Toronto mayor Rob Ford, whose office Snow visited in 2014.)

Snow is nothing if not genuine, and thats exactly why the most important audience in this scenario embraces him. Jamaicans, reggae and dancehall fans love Snow. The cultural appropriation conversation seems a moot point to those who actually listen to his music.

They know I love it, he says. I feel it. Its in my heart. Thats how Jamaicans are, though. If you have it in your heart, you could sound the worst, and theyll big you up because they know you love it.

And for dancehall fans, Snow is anything but the one-hit wonder a 2015 Noisey article labelled him, as if we hadnt all been singing along to Lady With The Red Dress when it came on the radio as if Anything For You isnt on every 90s dancehall mix.

Oh, no. If Im going to Jamaica, Im not touching Informer on the mic, he says, before breaking into that reverberating 1995 duet with Nadine Sutherland. Im like, I will doooo, any, anything just for you.

Anything For Yous All-Star Remix, which features Buju Banton, Beenie Man, Terror Fabulous, Louis Culture and Kulture Knox not Informer remains Snows biggest hit in Jamaica: it reached number one there and became the countrys best-selling single of 95. The song, and the blessings from the collaborative artists on it, cemented Snow as the genuine article.

However, the affection Snow received from the community began long before that. When he was just Darrin OBrien (who some folks called Kid Maze), he was singing his love for the music at local gatherings and parties.

Everybody knows me from jail or from Scarborough basement dances, he says. I ran the whole East Detention. (As a singer, he clarifies.) You meet some people from Tuxedo [Court area in Scarborough], theyll be like, Yo, I was in with him.

Im in there with my family and a bunch of Jamaicans, too. My brother, father, my uncles Paddy and Terry are in my cell. We go down to the yard together. And I just sing to the Jamaicans. Thats where I got the confidence. I was like, if I could rock this jail, I could rock everywhere.

Informer was written during that 1989 stint, while he was waiting on trial for an attempted murder charge that wouldnt stick. The song is about the people who identified him in a stabbing during a drunken parking lot fight at the old Ramada Inn (now the Edward Hotel) near Don Valley and the 401. The fight was instigated after Snow was singing for the crowd.

I didnt do it. It was my best friend who did it, he says, insisting his involvement was limited to just the fighting. But I got to thank [my accusers] now. They made me write the number-one song.

With the success of Con Calma, Snows back in the booth, working on new music, with some tracks already laid out. I listened to rough versions of three: a sweet duet with Kent Jones, a classic rock song tricked out on a dance track with a verse from Fat Joe, and yet another catchy reggaeton collaboration with Cuban artist El Micha.

If and when he releases them is anyones guess. The guy isnt rushing back into the spotlight, sincerely coming across as someone whos making music because he loves to.

Maybe Ill go back home and go on my hammock for another 20 years, he says.

[Ill] wait for that kid who hasnt been born yet to say, Oh. You sang Con Calma! I wanna do that one over. Ill be like, Alright, here we go.