She might be taking off now, but the Nashville singer/songwriter has been making music – and navigating its politics – since she was five 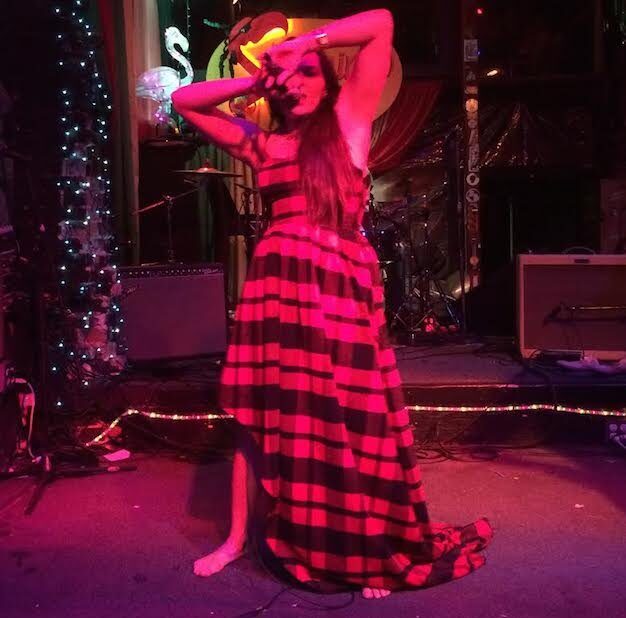 The first song Sophie Allison ever wrote was a guitar ditty called What The Heck Is A Cowgirl?

“I didn’t know how to play any chords and I think the only lyric was ‘What the heck is a cowgirl? What could it be?’” says Allison over the phone from her parents’ house in Nashville. “It was garbage. Not a lot of depth.”

Musicians can be critical about their early work, but Allison is definitely being too hard on herself. After all, she was only five when she wrote and recorded the song.

Later in our conversation, she concedes that those “silly little songs” of her youth were actually “good practice for growing into a real songwriter.”

All that practice has paid off. Last month, under the moniker Soccer Mommy, she released Clean (Fat Possum), a collection of indie rock songs in which Allison vacillates between wistfully singing about unrequited love to channelling Liz Phair channeling the Stooges as she declares, “’Cause I don’t want to be your fucking dog that you drag around.”

The reviews have been across-the-board positive.

Although she’s only 20, she’s no rookie. She’s been consistently making music ever since that first song. In high school, she orbited Nashville’s punk/garage rock scene, going to all the cool house shows, but she never felt like she truly fit in. For good reason. Most of the bands were all-male.

“It definitely felt like something I couldn’t do,” says Allison. “There were women in older bands, but the lack of women doing really well in bands my age was discouraging.”

Despite this, as she was finishing high school in 2015, Allison released her first albums on Bandcamp, aptly titled Songs For The Recently Sad and Songs From My Bedroom.

She left Nashville for NYU, where she continued to write.

“Moving gave me confidence. I was really reclusive when I first moved. I stayed home a lot or went to shows alone. But by the second semester of my freshman year I started making friends.”

Emboldened, she sent her Bandcamp link to Warren Hildebrand, the ex-Torontonian who records as Foxes in Fiction and runs the New York-based lo-fi cassette label Orchid Tapes. She released the tape For Young Hearts on his label, catching the attention of venerable indie label Fat Possum. Last year, Allison dropped out of NYU, where she majored in music business, to pursue Soccer Mommy full-time.

For now, she’s happy to put school on hold. As she explains, she’s learned more about the music industry by being immersed in it than she would in a classroom.

“[School] did teach me some helpful things, like how much a manager should get paid and how to look at contracts to see if I’m going to be screwed over,” Allison says. “But I already knew a lot of stuff from booking my own shows and talking with lawyers and record labels with Soccer Mommy.”

She contends that the best business advice for musicians is also the most clichéd: just be yourself.