Independent again, Toronto's most self-sufficient rapper is looking to rule the game 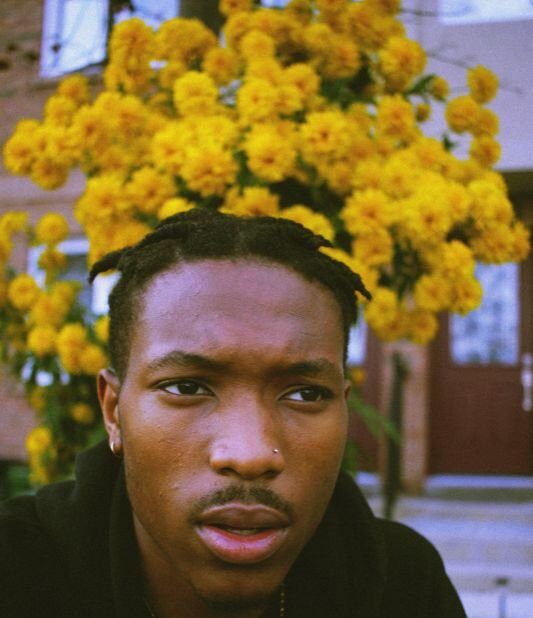 Clairmont The Second might be Toronto’s most self-sufficient rapper. Since the start of his career in 2013, the 19-year-old has earned a reputation as a quintessential one-man musical army, writing, producing, performing, mixing and mastering all of his own music, and directing nearly all of his own videos to boot.

Clairmont has also garnered acclaim for his for sonic adaptability – he sounds equally at home recounting the dissolution of a relationship over downtempo dream-pop (Harrison’s It’s Okay, I Promise), surviving a near-fatal car crash backed by 808s (44 Me), or rapping about the power of music to trippy, jazz-based psychedelia (Del Bel’s Do What The Bass Says).

The rapper’s newest album, Lil Mont From The Ave, dropped at midnight on Friday, September 29. It fits his return to DIY after a brief stint with Black Box Music. Recorded in just over a month in his basement, Clairmont produced, rapped, sang, mixed and mastered nearly every word on the album (the lone exception being a feature from long-time collaborator and friend Hezi).

The album is an inviting showcase for Clairmont’s multi-faceted talents: it’s precocious, analytical, funny and fierce. Subjects include money in relationships, his Weston neighbourhood, the triumph of independence, wealth disparity in Toronto real estate and religion – all behind production that incorporates elements of jazz, gospel, soul and the familiar 808s that are the lingua franca of rap in 2017.

NOW called Clairmont to break down Lil Mont From The Ave, which you can listen to below.

Your last release was with a label. This one you did all on your own. What’s it like for you being an independent artist again?

Man, it’s great, actually. I’ve grown a lot. I started letting the music be about the music, and be about the people. As soon as you put too many hands in the pot, people think that they get a say and they kind of corrupt the vision. And even if you’re an artist who’s very passionate about what you want and don’t let them ruin the vision, it still causes stress. And that stress does damage. It stays with you.

Getting the people on my side is priority. I can rule the game with that. People have been very supportive – I’ve had the most interactions I’ve ever seen on my Twitter and Instagram. I have no expectations. I’m just letting the music do its thing.

Wezide is an ode to the neighbourhood you grew up in. How did growing up on and around Weston Road affect your music and world view?

It’s different from a lot of music from Toronto that’s in the forefront right now, which has an east end mentality. Growing up [on Weston Road] with the family that I grew up with had a huge influence on how I make my music with [diverse] genres, from gospel music to jazz. That really affects my sound.

What’s your reputation in your neighbourhood?

Man, it’s crazy. There’s this balance. A lot of people don’t know who I am, so I just walk around [anonymously], which is cool, and at the same time people tell me, ‘Yo, Weston is proud of you. Everybody knows what you’re doing and everybody sees what you’re doing. You’re a Weston legend.’

The video you directed for The Ave In You is very funny. How did the concept come together? And what was it like when you shot it?

The idea for the song came when I was making the beat and I was on the phone with my lady. I thought it was funny that people don’t really say “Chillin’ with my girl.” It’s always about, “I’m smashing your girl,” or something like that. So I was like, “Chillin’ with my girl, she love me and she don’t love you,” and we thought it was funny, so I wrote it down immediately. The whole thing stems from that.

I was seeing [scenes for the video] as I was listening to and writing the song. I made a timeline for myself in a sketchbook about what I wanted to show at certain points. Once we got everything that we needed, we shot a bunch of excess stuff that fit well for the song and video. I like directing videos. I used that video as an opportunity to really take it to the next level.

Talk to me about 2 Rich 4 Me. Is the song’s concept based on real experience?

You know how songs from the 80s had a chorus, then a bridge, then they would repeat the chorus or repeat the first verse again? I wanted to do a song like that. I don’t have a drum set yet – I really want one – but I had a drum loop. I played the keys, played the bass, arranged the vocals, sang the vocals. So everything was pretty much me and a laptop.

And yeah, the idea is definitely based on a relationship I had before. People always say “opposites attract,” but that was always weird to me because I want a girl who’s like me – we think the same, we like the same things – there was this one girl [I dated] and I remember we were talking about something, I was like, “$60, that’s expensive.” And she was like, “That’s not a lot of money. It’s nothing.” As funny as it seems, that mentality shapes a person.

I can’t date a girl who doesn’t really understand my financial situation. Doesn’t understand how I grew up, where I grew up, why I am the way I am, my work ethic. Being with someone who doesn’t know what it’s like to grow up with less money, it’s a lot of work. I just remember being in the kitchen and thinking about that, and kinda singing the “I can’t date a rich girl” melody.

What’s the feeling you want people to experience when they listen to the album?