Will R. Kelly survive Surviving R. Kelly? I hope not

Even beyond Kelly, dream hampton's docu-series contains important truths about the legal system, treatment of Black women and how abuse perpetuates 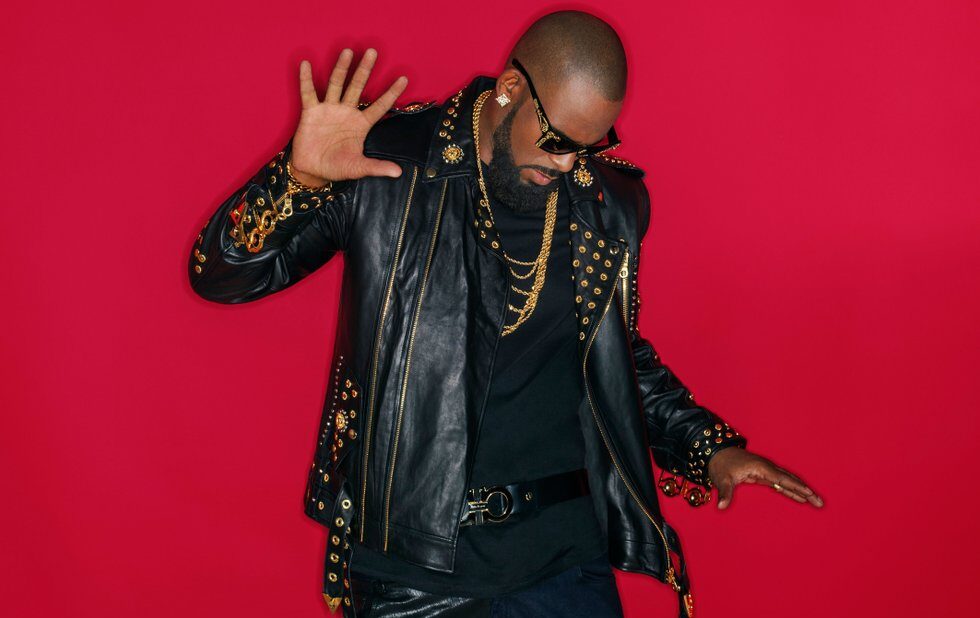 A number of years ago Oprah Winfrey interviewed a guest about why pedophiles often go unchecked within their own families and communities. The guest responded (and I’m paraphrasing), “Because we like them.”

The talk show host was taken aback, until the guest explained that while the pedophile’s behaviour is reviled, when a faceless monster is replaced by your husband, brother, father, best friend or favourite entertainer’s face (I use male pronouns here but the same applies to female predators), many choose their relationship with that figure over the victim.

Recently, in a bit about R. Kelly’s continued popularity despite decades of sexual assault allegations, comedian and political/social commentator D.L. Hughley drew a similar analysis in his Netflix comedy special Contrarian. “Generally, if you make an album good enough, Black people will make excuses for you,” he joked.

In interviews, Hughley has clarified that due to racism directed toward our communities, many are willing to turn a blind eye or overlook the behaviours of the predators among us who have made us feel positively seen (think Bill Cosby). [Note: R. Kelly has denied all allegations.]

The impact of that devastating truth has been laid bare in the six-part Lifetime docuseries Surviving R. Kelly by writer/documentarian dream hampton.

The exhaustive documentary chronicles three decades of Kelly’s behaviour (and how he has gotten savvier at disguising his alleged crimes), from his early days of fame when, the series claims, he’d stroll the malls and his former high school, sending his friends to recruit underage girls, to his secret marriage at 27 to a then-15-year-old Aaliyah facilitated by a fake birth certificate, to his trial for child pornography and the infamous tape that seems to show him sexually abusing a 14-year-old. It continues to recent allegations that he has a ring of young brain-washed women whose lives he controls, from their sexuality to when they can use the bathroom.

Though many of the accusations against R. Kelly have been public for years, Hampton’s doc has shaken more skeletons out of the closet. She named celebrities who refused to take part in the doc (everyone from Erykah Badu to Jay-Z to Questlove) and made those who have worked with him, like Chance the Rapper, answer for it.

Lifetime received its highest ratings in over two years for the series. The Daily Beast reports that calls to RAINN’s national sexual assault hotline surged during the three-day airing. But there’s a darker impact as well: Kelly’s Spotify streams have reportedly increased and music sales have surged thanks to folks who just can’t help but groove to an alleged pervert’s infectious tunes.

I, for one, am not surprised by the latter. R. Kelly has nine lives (possibly 18 if you believe the doppelganger theory), and I’m hoping he’s finally on his last.

The hashtag #MuteRKelly has trended since the airing, but I’ve had a four-letter word in mind when it’s come to R. Kelly for the past 15 years and it is way less polite than “mute.” I divested of him and his work immediately after hearing about his marriage to an underage Aaliyah and the subsequent trial on child abuse charges. I haven’t partaken in a single concert ticket, not a song nor a stream.

However, as a Black woman and a survivor of sexual assault and harassment by both Black and non-Black men, I have still had to endure parts of my community’s celebration of him – by predator protectors and rape apologists or others hiding under their own duplicitous disguises. It’s been a disheartening experience.

Black women have always been leaders in safeguarding, nurturing and fighting for their communities – Harriet Tubman, Rosa Parks, Tarana Burke, the founders of #BlackLivesMatter, Alicia Garza, Patrisse Cullors, and Opal Tometi, just to name a few – yet even within inspirational movements, Black women have had to fight for our double oppression (triple when it comes to queer Black women) to be acknowledged.

There’s this idea that Black women must choose between being a woman and being Black, and that our skin colour must hold precedence over the experiences we deal with as women. Doubly dangerous is that due to police brutality primarily directed at Black male bodies, we are expected to suppress and suffer in silence the violence inflicted on our bodies by Black men in order to protect them from the system. It’s a sick expectation that allows some men to act with impunity toward women and children within our own communities.

Sadly, some Black women overlook those crimes with a warped sense of pride (and I suspect WOC in other oppressed communities can relate). Is there any wonder why abusing, degrading and exploiting Black girls remains the perfect crime?

Here are some important takeaways from Surviving R. Kelly:

The law can be a convenient cover

Oppressed communities living under white supremacy have long known that the law doesn’t always reflect justice, yet some of his fans, associates, even accusers and their parents used his acquittals (and out-of-court settlements) to justify why they attended his concerts, allowed their daughters to work with him or fell in love with him. It’s a convenient blindness with devastating repercussions.

“We still socially don’t perceive Black women as innocent, as deserving of protection. Somehow it’s their fault,” says Mikki Kendall, writer and co-founder of Hoodfeminism, in the series.

This mentality allows for white children of sex crimes to dominate headlines while Black, brown and Indigenous ones rarely make the news.

The term “child pornography” must be eradicated

It’s an oxymoron. Children and minors cannot consent to sex, therefore it is images of child rape, not pornography. That term must be removed from our vocabulary when discussing or covering abuse.

Those who watched the apparent R. Kelly child rape tape (I have not) and suggest that the teen’s behaviour reveals a consensual participant are reminiscent of those who believe, like Kanye West, that slavery was a choice. They are actively ignoring the systems, oppression and violence that created it.

Muting R. Kelly is not enough

Even if he slinks away, disappears from social media and never makes another album, it does not mean his work will disappear, too. Who are the artists, labels and songwriters continuing to profit off him and work with him, to make him money? (Remember Kelly and Lady Gaga’s rousing 2013 duet Do What U Want?).

In order to mute him financially, allies in media could refuse to cover RCA artists until Kelly is dropped, just as labels protested MTV’s Black ban in the early 1980s by not providing them with new videos.

“Separating the art from the artist” maintains toxic power imbalances

Every dime spent on R. Kelly’s music gives Robert Kelly the David versus Goliath wealth he needs to silence girls and women via payouts or crushing litigation. Already Kelly has attempted to set up a new Facebook page to attack and discredit his accusers one by one since the docuseries aired. (Facebook has since taken it down).

Start within your own community

Predators exist everywhere. Be that safe person a child or young person can come to if they are being abused. And learn about the signs of abuse in children/youth and the many tactics predators use to groom their victims.

Whatever results from this brave work, here’s hoping R. Kelly does not survive Surviving R. Kelly.