NOW MagazineMusicFeaturesTeam Building is a safe space for Toronto’s songwriters

Team Building is a safe space for Toronto’s songwriters

The event, which started at Holy Oak and now takes place at Burdock, encourages vulnerability, experimentation and community-building 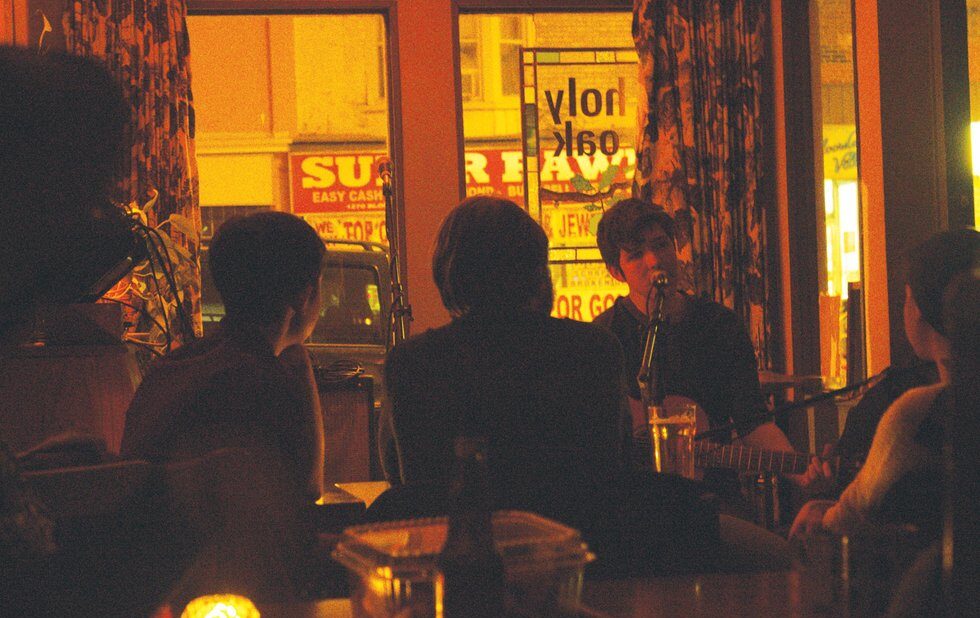 Every other month at Burdock, songwriters come together for a night of unpolished tracks, unrealized hits and lots of nerves.

Hosted and curated by singer/songwriter Luke Kuplowsky (aka LUKA), Team Building brings eight to 10 artists together to perform new songs or workshop ideas for a curious audience. Vulnerability is celebrated.

Team Building began in 2011 at the now-closed Holy Oak. Local musician Johnny Spence, a bartender and occasional booker for the venue, started it in part as a motivational exercise so songwriters would have a deadline to work towards. Spence felt that by carving out a loving and supportive space where songwriters could receive feedback from their peers and try out new material, they would be inspired to keep creating.

After about two successful years at the Holy Oak, the event fizzled out. A few years later Kuplowsky, who as a participant met many of his collaborators at the event, recognized that there was still a need for songwriters to have this creative space, so he picked up the reins and eventually found it a new home at Burdock in early 2018.

“I registered that I wouldn’t have all the collaborators I have if I didn’t have [Team Building],” explains Kuplowsky during a late-afternoon conversation at the Walton on College. “And I had so many friends who were writing songs that they never played at shows because they would always play their album. So it seemed logical to bring it back.”

Proceeds from Team Building’s pay-what-you-can cover charge go towards a charity or an initiative. Past recipients include the multi-service agency Sistering and the Fort York Food Bank. The revenue from this month’s event will go to the non-profit community-based agency, Street Health.

“We’re making people aware of different needs in the community and it makes the show less about commerce,” says Kuplowsky. “It’s more just about the songwriting, networking and community and then the money goes towards something that’s very deserving.”

It’s also about bringing people from different music scenes together. When plotting the show’s lineup, Kuplowsky says he tries to choose people he thinks should meet each other. He also encourages songwriters who are new to Toronto to participate because it’s a great way to make connections.

“Everybody knows each other, seemingly, but doing this event, I’ve realized that there are all these gaps,” says Kuplowsky about the larger role Team Building plays within the city’s music community. “This fills in some gaps for people.”

At January’s Team Building, Alanna Stuart of Bonjay played a stirring version of St. Vincent’s Prince Johnny, giving an early taste of an upcoming covers project. Later, Tamara Lindeman of the Weather Station sat at a keyboard – not her usual instrument of choice – and, referencing her notebook, apprehensively plinked out some tender new songs.

Ian Kehoe, another recurring participant, is thankful for the openness the event fosters between performers.

“Being in an environment of newness and creation, it feels amazing to me,” he says.

Carmen Elle (of the band DIANA) performed at the inaugural Team Building and many times since. For her, it’s a chance to get out of her own head and into the world.

“I think songwriting can be quite lonely,” says Elle. “[Team Building] brings the world into it and allows us to share a part of the process that otherwise happens without anybody really knowing.”

To share something new with an audience of peers and strangers is a courageous act. It can also be quite challenging.

“I’m never nervous quite the way that I’m nervous for Team Building,” Elle says. “It makes an open mic look like nothing.”

Nerves and all, the longevity of the event is a testament to its impact.

“I think that time can be the ultimate commentator on something’s worth,” Spence reflects. “People are moved by seeing someone working on something. We kind of forget that when we go to concerts and see something perfect up [on stage].”