The 13 best Halloween parties in Toronto

If you're into Pride, prom, punk or Prozzäk, there is a party for you 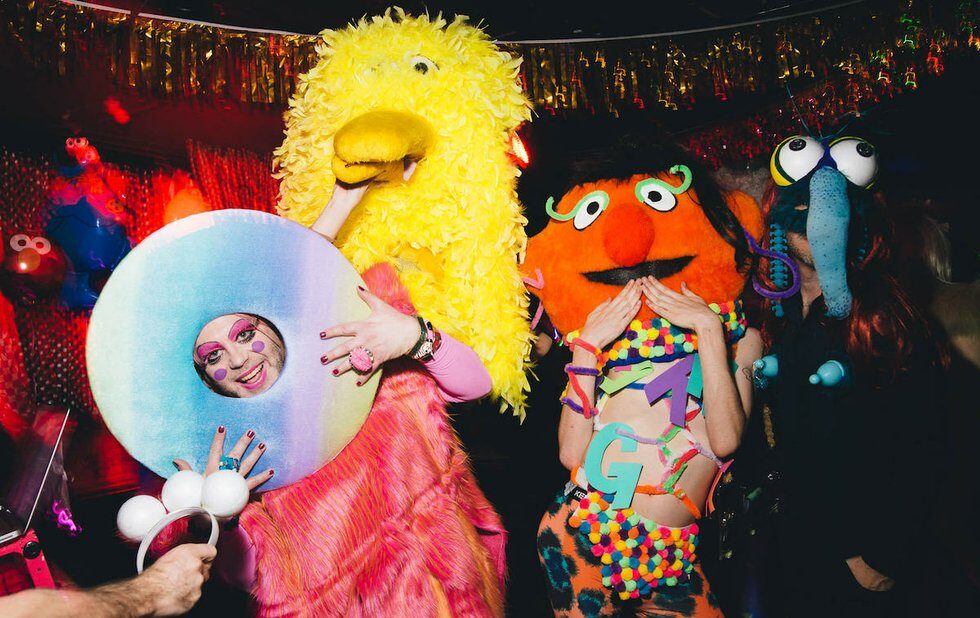 The city’s rock and punk scenes converge at this annual two-stage bands-covering-other-bands blowout. The costumes are as cool in the crowd as onstage, but this is where you can see members of Beliefs and ROLEMODEL play Nick Cave & the Bad Seeds, or the Seams and the Highest Order covering the Byrds. After seven years, promoter Dan Burke is pulling the plug, which means you can expect even more oomph in these one-off sets.

Rave Till The Grave

DJ Chippy Nonstop teams up with New York City-based promoters Discwoman for a Halloween rave. The headliner is DJ stud1nt, a member of queer artist collective KUNQ with a fondness for underground east-coast club sounds. DJs Sexton, Karim Olen Ash, Vaughan and Babygirl round out the bill.

The reunited cartoon duo are taking their nostalgia trip to a new level with DJ heavyweights like Green Velvet, Culture Shock, Christopher Lawrence and more. This party has everything: go-karts, a haunted house, glow-in-the-dark mini golf, the ICQ uh-oh sound, your long-buried adolescent joy, a fire-breathing dragon stage, fruit punch. It’s Burning Man meets your 12th birthday party, which, when you get down to it, isn’t so different.

The drag-and-house-music dance party skipped Pride this year so naturally DJs Produzentin and Das Hussy and host Mary Messhausens made the Halloween party Pride-themed. So, dust off those Pride wings. Suggested costumes – from the Facebook event page – include Squirrel Fiend, The Corpse Pride and Sissy That Walk Spacek. Underground queer club stars Macy Rodman and Mister Wallace are performing.

What’s spoooookier than the slow march of time? For 13 years Goin’ Steady DJs have been putting on their Monster Mash, taking costumed partiers through their 1890-to-present playlist. This year they’ve teamed with Gram Schmalz to turn Lee’s into “a frightening array of spooky mayhem.” But really what’s scarier than our own never-ending creep towards death in song form?

Jeans and t-shirts might elicit side-eye at other Halloween parties but not this one – because they are banned. The annual fetish ball has a  mandatory kink/costume dress code (partial nudity is permitted) and this year’s theme is vampires – or if you want to get granular, it’s odaxelagnia, a mild form of sadism involving biting but not always blood. Circus metal band Mineta is performing and DJs Saucy Miso and Warmuffin are on the decks.

The local blistering blues duo get costumed up, get on their feet and get the floor moving. This year will be a set heavy on new material from an album due in 2018 and they’re giving away two prize packs for best costume. You’ve got to do better than your usual urban cowboy costume, though.

Have you ever wanted to see a punk band cover Carly Rae Jepsen? Come on, over course you have. You really, really, really have. Catch bands like A Dog Named Bob, First Ghost and the Skadoos take on pop singers like Taylor Swift, Madonna and Pink.

Between Wood and Gloucester. October 31 from 6:30 pm. Free. churchwellesleyvillage.ca.

If going to a club is not your thing, the Gay Village is shutting down a six-block stretch for a massive street party. Shops, cafes and bars will be open and radio station CIUT 89.5 fm will be hosting guest DJs north of Wellesley.

After the Church Street block party, voguers spanning several Toronto houses are gathering for a cosplay-themed ball and party with DJ Blackcat and commentators Twysted Siriano and Sevyn Pink Lady. A $500 grand prize is up for grabs and character costumes with custom cosplay effects are expected – and will be judged. Details on categories, rules and judges via the party’s Facebook page.

Party in the bat cave with Scarlett LaFlamme Burlesque, DJ ESP, DJ Craig Dominic and others. Eat fancy canapés, browse some dinosaur bones and get ready for a costumed good time. But civilized good. Like, no props or masks so as not to damage the collection. That kind of good time.

A Night To Dismember: Spooky Prom

Brand-new games bar Bangarang (from the Track & Field team) is set to douse their dance floor in a whole lot of fake blood at a spooky prom to rival Carrie’s. Expect nostalgic tunes (courtesy of DJ George Thoms), Jell-o shots and other trashtastic drink specials, a prom court coronation, creepy decor galore and free games of Cornhole (not necessarily on-theme, but still a good time after a few drinks).

Not sure what to wear on Halloween? Want to dress like an extra from that Jackie Kennedy miniseries starring Katie Holmes that was shot in Toronto? Maybe you can if you stop by the costume design union’s sale. October 21. See listing.

After selling out the Danforth Music Hall in May, the drag queen reality series’s touring show returns to work the runway for Halloween. October 25. See listing.

Halloween is a popular time for soundtrack composers to hit the road. Goblin, S U R V I V E and John Carpenter are all playing in the weeks before and after Halloween. Why? We have a theory. Various dates and venues.

If you’re a horror fan that likes poring over B-movie supporting cast credits, this convention is for you. Guests include Mink Stole (Pink Flamingos) and Ashley C. Williams (The Human Centipede). 918 Bathurst. November 4 & 5. See listing.

Halloween is about candy and costumes, but Pagan Pride is all about Egyptian guided meditation, Reiki and magic. Artscape Wychwood Barns. October 29. See listing.

Is one of your fitness goals to run five kilometres while dressed as Big Bird? Then come out to this family-friendly fitness event and fundraiser. Ontario Science Centre. October 29. See listing.