The Beaches fight for agency in a male-dominated music industry

The Toronto rock band have made an effort to work with female writers and producers, including Emily Haines, who co-produced their debut album 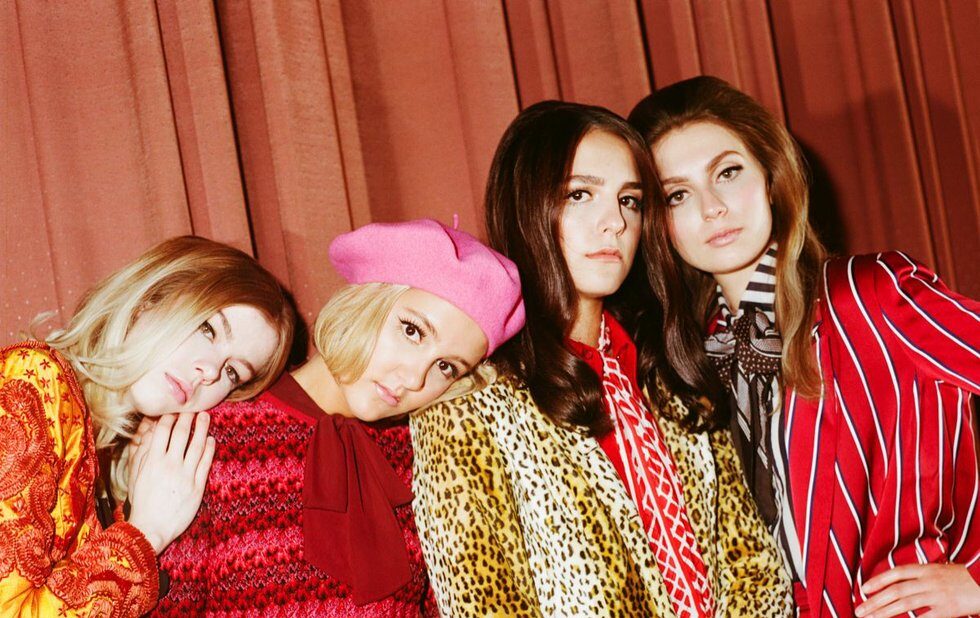 Late Show, the debut album from The Beaches, snarls with stomping, powerful drums and squealing guitar, showing off the brash confidence the Toronto foursome have built by playing rock for well over a decade.

The sisters Miller had already burned through their first band by age 10. When the world-weary grade-schoolers needed a drummer for their next group, they turned to their friend Enman-McDaniel to form Done with Dolls. (The tween sensations were a hit on the Family Channel.) Once the trio was done with that, they recruited high school friend Earl to complete the Beaches, and songwriter Jordan started crafting songs for grown-ups, churning out a pair of EPs within a few years.

Now, in addition to their debut LP being released on a major label (Universal), they’ve landed opening spots for Eagles of Death Metal and are currently touring with Death From Above.

In an era when seemingly every cool young band picks synth-pop or alt-R&B, why are The Beaches sticking with rock?

Kylie is firm in her fidelity to the genre: “We are a guitar rock band. Late Show holds a lot from 70s rock but it also has 00s Strokes-y vibes. Really, it’s just a powerful guitar rock record.”

This mélange of influences also manifests in the band’s flamboyant, vintage-heavy look, which, says Jordan, is inspired by the late 60s and 70s and the 90s – an entire acid trip’s worth of wide-leg denim, striped stovepipe trousers, suede minis, peasant blouses, knit sweater dresses in rich maroon and fluffy faux-fur coats.

But though rock comes naturally to them, they had to fight to keep playing it. After they released their EPs, The Beaches landed a development deal. “Our label was like, ‘Oh, we don’t really know what to do with you,’” says Jordan. “We felt a little bit of pressure because they put us with a lot of pop producers and pop writers.

Instead they’ve trusted their instincts, which has allowed them to flourish. Kylie feels there’s safety in numbers. “We’re really lucky because it’s the four of us. We have each other to depend on and to navigate our way through this world together.”

The band has made an effort to work with female writers and producers, with Metric’s Emily Haines taking the lead on production on the album and offering up advice on thriving in a male-dominated industry.

The band yearns for a future where all-women guitar rock bands aren’t so uncommon. “We just want it to become a completely normal and typical experience to walk into a bar and see an all-female rock band rocking out,” says Kylie. “That would be rad.”

Their lyrics thrum with urgency, voicing their quest for respect (Back Of My Heart), for cash (Money), for a good time (Sweet Life), for sex (Let Me Touch), for agency (Late Show).

For her, holding a guitar is like holding a weapon – and now is the perfect time to wield it.

Read more about Emily Haines’s advice to the next generation of female musicians here.