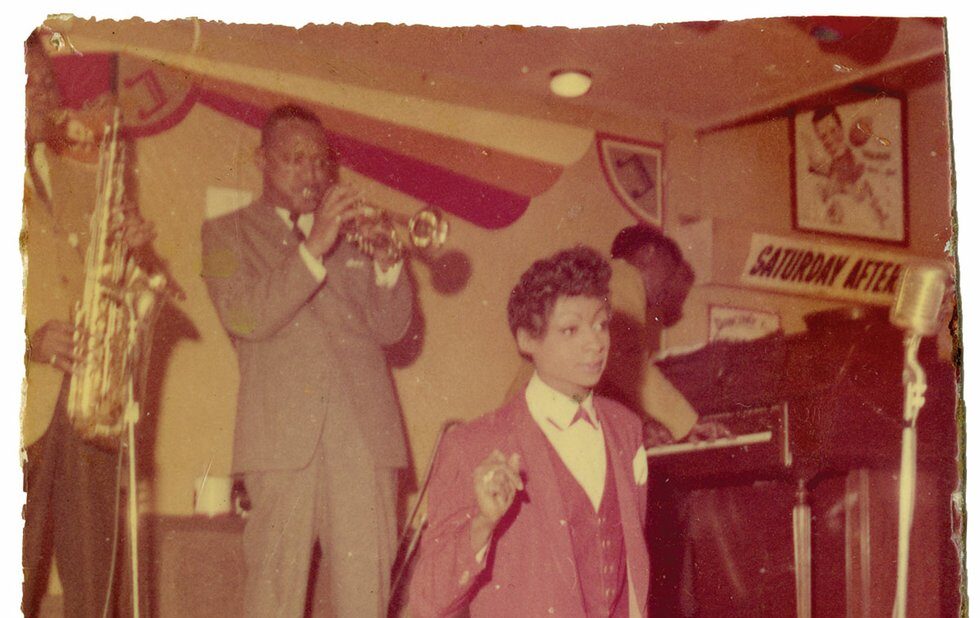 ALL PHOTOS COURTESY OF NUMERO GROUP

On January 2, 1967, Jackie Shane stepped onstage at the Saphire Tavern on Richmond, just east of Yonge, to begin a run of shows. Fifty years later, the impact of those performances – one of which was captured for posterity on the classic Jackie Shane Live – is still unravelling.

A transgender artist who lived her life in an open and honest manner at a time when doing so was extremely risky, by the end of the decade Shane had established herself as one of the greatest unsung soul singers of the 1960s. In cities like Montreal, Boston and Los Angeles, Jackie Shane was a bona fide star.

But here in Toronto, she was a hero, with an appeal that attracted audiences gay and straight, Black and white – not a small thing in the days before the Stonewall riots, at a time when the effects of segregation were still sorely felt.

The Saphire performance wasn’t the Nashville-born Shane’s first in Toronto, nor was it her last. She came and went throughout the decade, always remaining a local sensation. Then, days after a performance in December of 1971, she slipped out of the city, telling nary a soul. For all intents and purposes she just slipped into the ether.

“It’s like I just disappeared from the face of the earth,” she says.

Now, 46 years after she left us, Shane has re-emerged. And she’s ripe for rediscovery.

October 20 sees the release of the Numero Group compilation Any Other Way, a set containing all of Shane’s singles, her live album and never-before-heard outtakes that I located at the National Archives after they were first used by Elaine Banks in her 2010 CBC documentary I Got Mine: The Story Of Jackie Shane..

She’s barely spoken publicly about her music career since she left it, but I was fortunate enough to interview Shane extensively for the album liner notes. In my over 30 hours of interviews with the singer, she told me a story filled with more mystery and intrigue than Hollywood screenwriters could even begin to make up – one that traverses kidnapping, carnival side shows, gangsters, con artist ministers, a brief flirtation with professional gambling, parallel careers as a drummer, vocalist and dancer, and a disappearing act to rival Houdini. 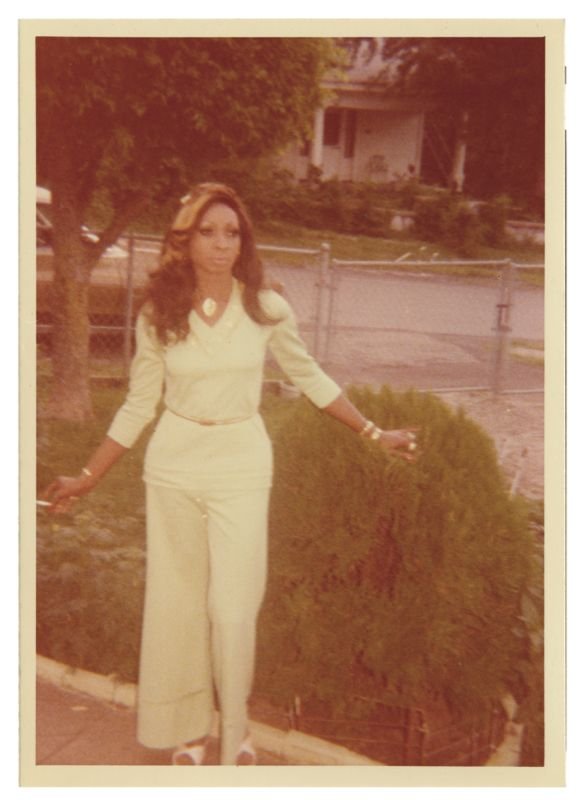 Shane most likely first played here in September 1961, at the Holiday Tavern at Queen and Bathurst with trumpeter Frank Motley. The effect of her arrival was explosive.

At the time, the city had a relatively small Black population that was disproportionately rich in musical talent, lived close to the Holiday Tavern and turned out in droves for Motley and Shane. By Wednesday of the first week, word of mouth had spread and lineups formed around the block. Shane fed off the crowds, which continued to grow.

“I enjoy the audience. I really do,” she says. “I can feel them. It does something to me and, as they react, it energizes me. It’s a beautiful thing.”

The city had its local stars, but Shane felt like something new and powerful.

“She was consistently ridiculous. She had a lot of fire,” recalls T.O.-born Eric Mercury, a future Stax recording artist. “It was like going to see Little Richard. We had never seen anything up close like that in Toronto.”

In the fall of 1962, Shane recorded a cover of William Bell’s Stax recording Any Other Way. Slowly it became an anthem in Toronto.

The city did not have an R&B station at the time, but it had two pop stations, CKEY and the more powerful CHUM. CKEY’s Big G (Glenn Walters) was an immediate supporter and jumped right on the record. CHUM was slower, and Shane felt that some people in key positions were holding back, perhaps because they were uncomfortable with her sexuality.

“CHUM didn’t like me,” she declares. “I don’t know why they hated me but they did. The people made them play Any Other Way.”

By April 1963, CHUM had added the single to its playlist and it spent nine weeks on the CHUM Chart, peaking at #2. Any Other Way sold 10,000 copies here. In 1963, for a city where her New York record label, Sue Records, had rudimentary distribution at best, that was astounding.

Songwriter Bell was knocked out by Shane’s version, telling me, “I can see why it was a big hit. It straddles that fence between pop and soul. It’s a great record!”

Much has been made of Shane’s delivery of the lyric “Tell her that I’m happy, tell her that I’m gay.” Several writers even erroneously claim that she changed the lyric from Bell’s original, adding the word “gay.” Not true – just listen to the Bell 45, the lyric is identical.

According to Shane, she chose the song simply because she liked the story it told. In her mind, and consequently in the way she led her life, being gay or straight or trans was no different than being short or tall. It just was.

“I don’t think of myself as anything but another person,” she relates. “What I am doing, there is nothing wrong with it. The way others think doesn’t mean anything to me. I’m not hurting anyone.”

In the fall of 1963, Shane left Toronto for Los Angeles, where her mother had moved. But by 1967, she was back for her legendary run at the Saphire Tavern.

The Saphire was the place to be in 1967, and her show packed in local fans and those who drove from all over Ontario, plus Buffalo and Detroit. One night, four bus loads from Michigan made the trek. They were all driven by word of Shane’s electrifying performances.

“I’ll tell you this,” says Shane. “When you get into the spirit, it takes over. It’s almost like [being] in another dimension because you’re no longer in charge. But you’re being driven so beautifully that you never want it to end.” 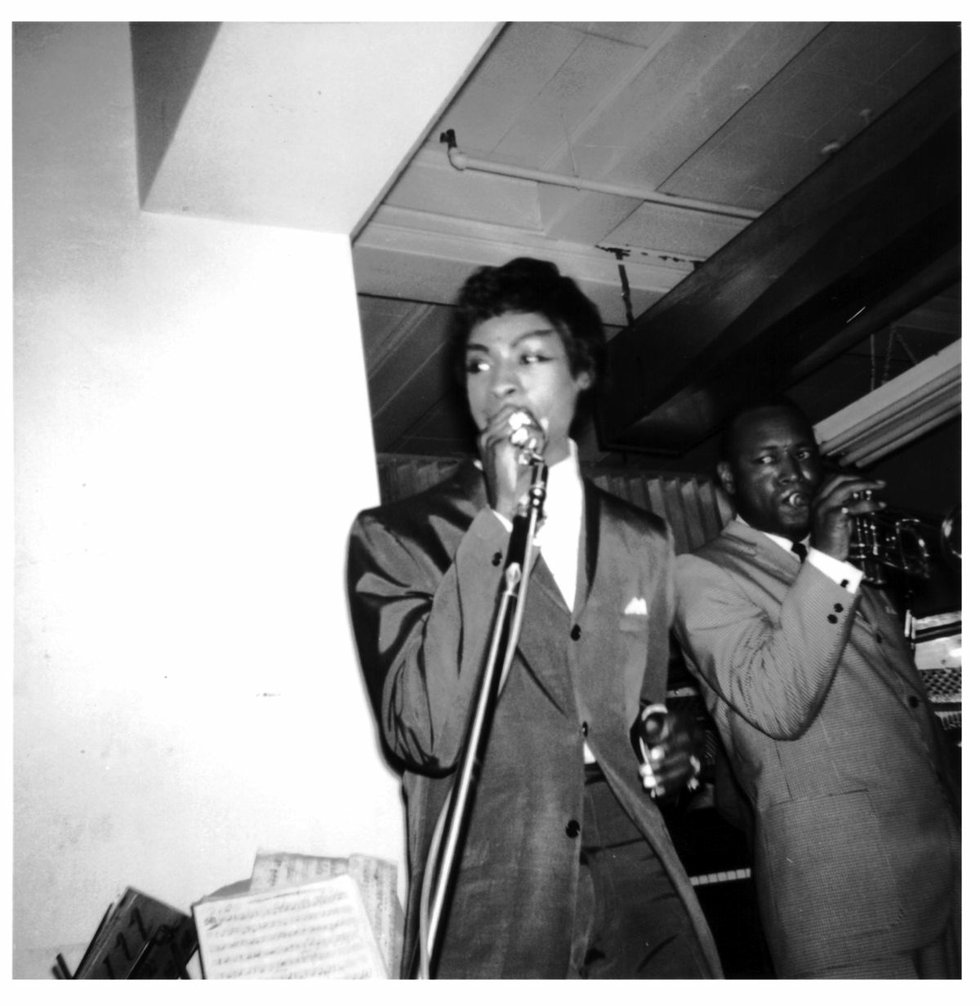 With Any Other Way still being played regularly on the radio and the reissued single continuing to sell, A&A Records employee Gerry Lincoln approached Caravan Records’ Frank Swain. Inspired by one of his favourite records, James Brown’s Live At The Apollo, Lincoln suggested that Caravan record a live album with Shane. That LP, Jackie Shane Live, is a stunning document and a record collector’s holy grail, on par with Sam Cooke Live At The Harlem Square Club and Gene Chandler Live At The Regal.

Highlights abound but, for my money, the album’s greatest moments are her emotion-drenched version of Dee Clark’s Raindrops and the extended takes on Barrett Strong’s Money and Any Other Way. Both of the latter songs clock in at over eight minutes each, largely due to Jackie’s impassioned monologues in the middle of each song.

Those speeches were a key part of her shows, something audience members would wait for each set. Shane was a brilliant ad-libber who loved to play with the audience, preaching while the band vamped for minutes on end. The audience remained spellbound as the tension swelled.

“It all comes from a church background,” ruminates Shane decades later. “In church you would call it a testimony – telling people how they can overcome the things that they are going to be confronted with.”

More often than not, her monologues addressed age-old issues of sexual politics, but in a way that most people would have never heard at the time and, frankly, don’t even hear much now.

“You know what the people would say to me?” she muses. “‘Jackie, talk to us more, because you say things that other people don’t say.’

“This meant a great deal to me because I am giving them a part of me. It’s like undressing. Being for real, telling the truth, letting them know that this is real, that I am real, that I feel this, that this is me!

“To speak the truth, to tell it the way it is. That’s what it’s all about.”

By the time she retired in December 1971, Shane was leaving a rich legacy. Content with what she had done, sick of what she saw as the fake bullshit of the music industry and tired of enduring the challenges transgender people experience every day, she was happy to step out of the limelight. She would spend the next many years sharing a more private life with her beloved mother.

For years after she left the city, rumours proliferated, many suggesting that she had been murdered in California. In the mid-1990s, her former collaborator Motley gave Shane’s phone number to Toronto music researcher Bill Munson and slowly word began to seep out among a very small circle in the R&B world that Shane was, indeed, alive. 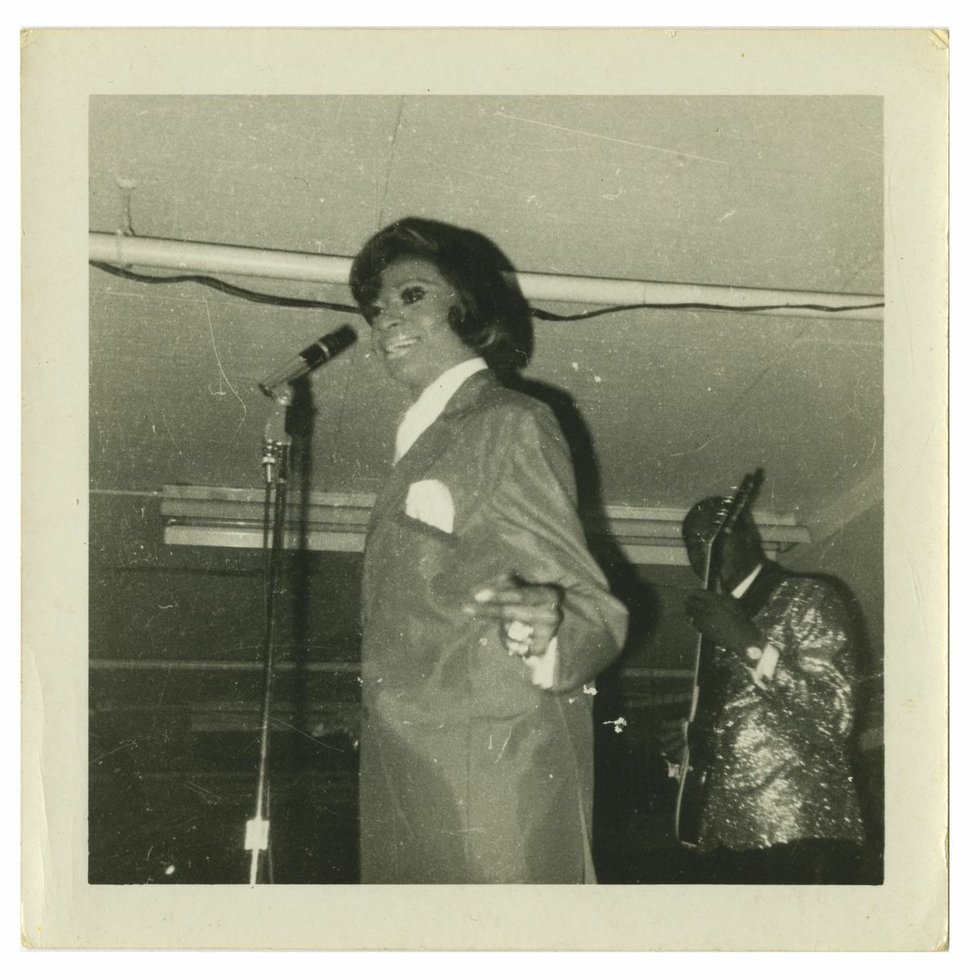 If anything, her absence has added to the mystery and intrigue of her remarkable career, especially here, where she’s reemerging as a queer and music scene pioneer. In 2010, CBC aired the radio documentary I Got Mine: The Story Of Jackie Shane. In 2014, Videofag hosted an exhibition by Sonya Reynolds and Lauren Hortie called Whatever Happened To Jackie Shane? She’s appeared on murals on both Church (in 2014) and Yonge (in 2017). In May of this year her song lent its name to a Coach House anthology of essays about Toronto’s queer history. And Jackie Shane Live is shortlisted for this year’s Polaris Heritage Prize.

It’s no surprise that as the rediscovery project has amped up this decade, so has the effort to track Shane down. In 2014, producer Douglas Mcgowan was introduced to Jackie Shane by way of a three-way phone call with intrepid British fan Jeremy Pender, who had previously tracked her down. It took a year but Shane eventually signed a contract so that her catalogue could finally be reissued legitimately (rather than bootlegged as it had been in the past) on Numero Group.

Any Other Way feels like the beginning of what could be a Jackie Shane renaissance. And, we can only hope, that renaissance could include a return to the stage. If so, Toronto is ready. The Saphire Tavern might be long gone, but the city would welcome her return. And the feeling is mutual.

“We can’t choose where we are born but we can choose where we call home and Toronto is my home,” Shane says, echoing a sentiment she repeated often during our interviews.

She won’t make any guarantees, but she speaks often about performing again. And if she does, it’ll be here.

“There are no ifs, ands or buts about it – the premiere of me returning to the stage will be in Toronto, in my city with my people.”

Rob Bowman is a professor of ethnomusicology at York University. He’s the author of Soulsville U.S.A.: The Story Of Stax Records and won a Grammy Award for the liner notes of The Complete Stax/Volt Soul Singles, Vol. 3. This story was partially adapted from his liner notes for Jackie Shane’s Any Other Way, which he also helped produce, out October 20 on Numero Group.