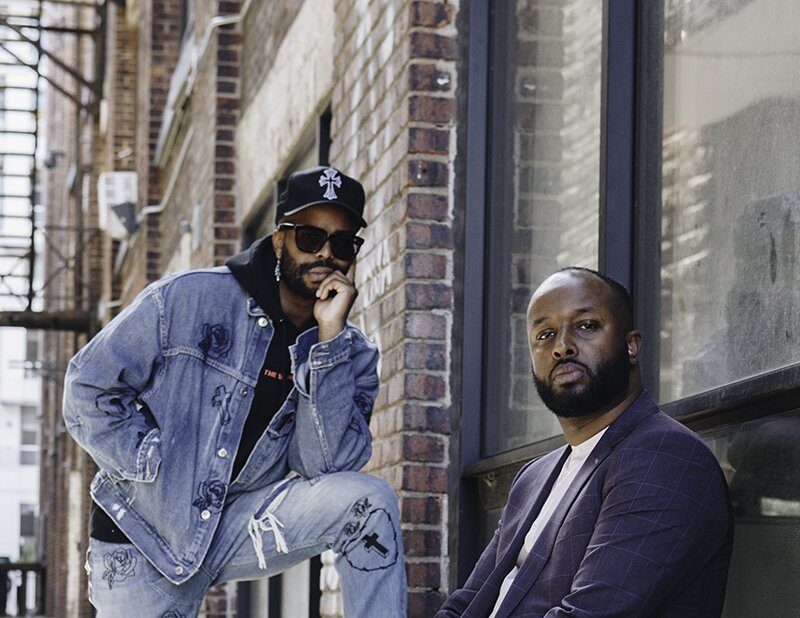 Before La Mar Taylor, aka LamarXO, made Forbes’s 30 Under 30 list, he was a scrappy, young creative with big dreams but little access to resources. So, when he needed to do the design layout for a mixtape that would in short order raise Toronto R&B to global levels, he got crafty. Travelling from his Scarborough home base, he hacked into OCAD University’s computer system and used the school’s design software for free. The mixtape was The Weeknd’s debut release, House Of Balloons. The rest, as they say, is history.

Now the creative director of The Weeknd’s XO Records, LamarXO is giving back in hopes that young creatives won’t have to struggle along the same path to success as he did. He’s formed Hxouse, a creative and digital incubator for the next generation of creatives, alongside The Weeknd and Ahmed Ismail, founder of Influencers PR.

“When we were conceptualizing projects back in the day, it was all scrappy: one guy’s doing something in his mom’s basement, another in his friend’s apartment,” he says of building XO’s creative vision in the early days. “Now we’ll have a centrepiece for the whole city to come around and co-create.”

The accelerator, which opens this fall, will be part of Artscape’s new cultural hub, the Artscape Daniels Launchpad, a 60,000-square-foot entrepreneurship centre being built on the Waterfront in a development dubbed the City of Arts.

Hxouse’s goal is to eliminate barriers for local creatives from all walks of life via mentorships with industry leaders in music, fashion, technology and engineering, access to digital tools and a curriculum that’s attuned to what major brands want from working artists today. 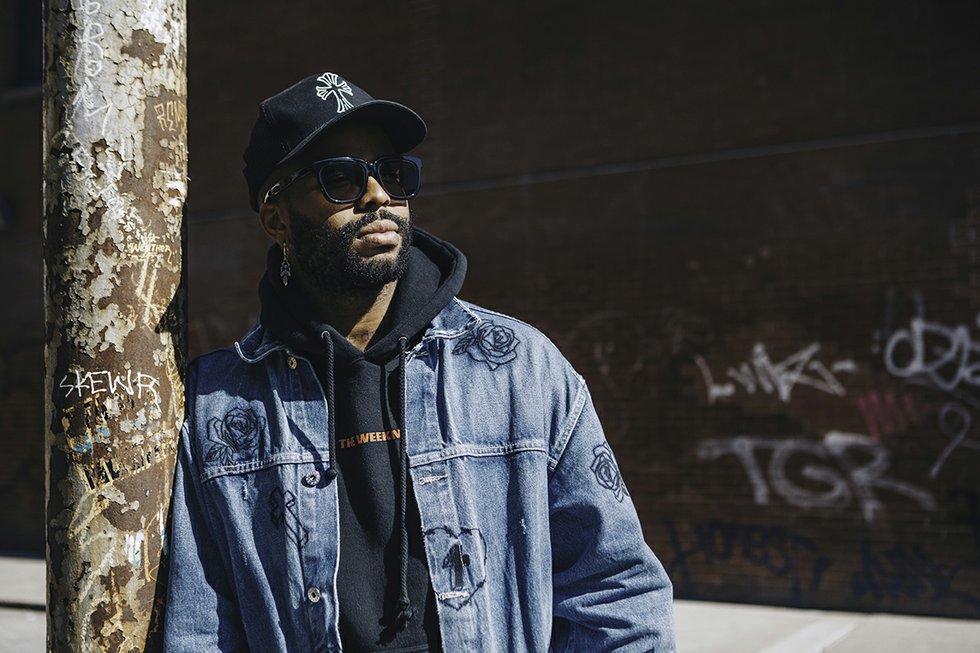 Sitting with LamarXO and Ismail in a downtown cafe, the Scarborough natives talk about their drive to succeed growing up versus the factors that tried to sideline them before they even began.

In school, LamarXO was placed into a special education class that taught grade four to six students the exact same curriculum year after year. His teacher was pained at having to follow a school board protocol that essentially blocked students from progressing.

“They put me in a pigeonhole,” he says. “I was slow in one small area, but rather than helping me develop, they put me in special ed and taught me the same thing for three years.”

Ismail shares a similar story. Despite displaying an aptitude for political science, his high school teacher at Stephen Leacock Collegiate funneled him into a co-op job as a janitor at the school. Discouraged at having to sweep the same halls his friends were learning in, he dropped out with only two credits left. He’s kept the janitor uniform as a reminder of the opportunities he would have missed if he let others limit his path.

Those experiences are part of what drives Hxouse’s mission.

It’s a model not unlike the creative collectives dominating the music landscape today. Only creatives won’t have to wait for a friend’s career to take off before they can be put on. (The self-made LamarXO has been friends with The Weeknd since high school.) Rather, they now have access to a state-of-the art facility and a network of elite industry players to guide them.

From XO to Drake’s OVO to Sean Leon’s IXXI, artists are employing their own creative teams from the get-go to craft 360-degree visual brands alongside the music. So while The Weeknd can have a top-10 hit, Pray For Me, with Kendrick Lamar on the Black Panther soundtrack, he’s also releasing a Marvel comic-book series, The Weeknd Presents: Starboy, and has collaborated with H&M and Puma on fashion lines.

Hxouse is mentoring creatives to think in those terms, teaching them to not only design and create a good product, but also how to execute relevant launch strategies within the dynamics of a creative ecosystem.

Both LamarXO and Ismail use the term “real-time” to distinguish their curriculum, designed in partnership with George Brown College and OCAD, from the at-times dusty textbook learning in traditional institutions.

All it takes is a phone call. The creative agency arm, Hxouse Inc., works with brands such as Puma, Nike and Adidas. The Hxouse accelerator will act as a kind of pipeline, where the best creatives have a chance to work on jobs with these companies, meaning they’ll go into the market with big-brand work already in their portfolios.

“We have the kind of relationships where we can turn to our industry partners and ask: ‘what is the new trend you guys are hiring for?’” says Ismail. “If they say they need an all-in-one video producer, editor and content creator, we can then incorporate that into our curriculum in real-time.”

It’s a nimble, modular kind of learning that keeps pace not only with changes in market demand, but in understanding that the next game-changing creative can be from the city’s inner suburbs, like LamarXO, but struggling to access the tools and opportunities so readily available to creatives downtown.

In those cases, Hxouse will come to them with mobile workshops. A plan to conduct pilot courses in area high schools this summer is also in the works, says LamarXO. 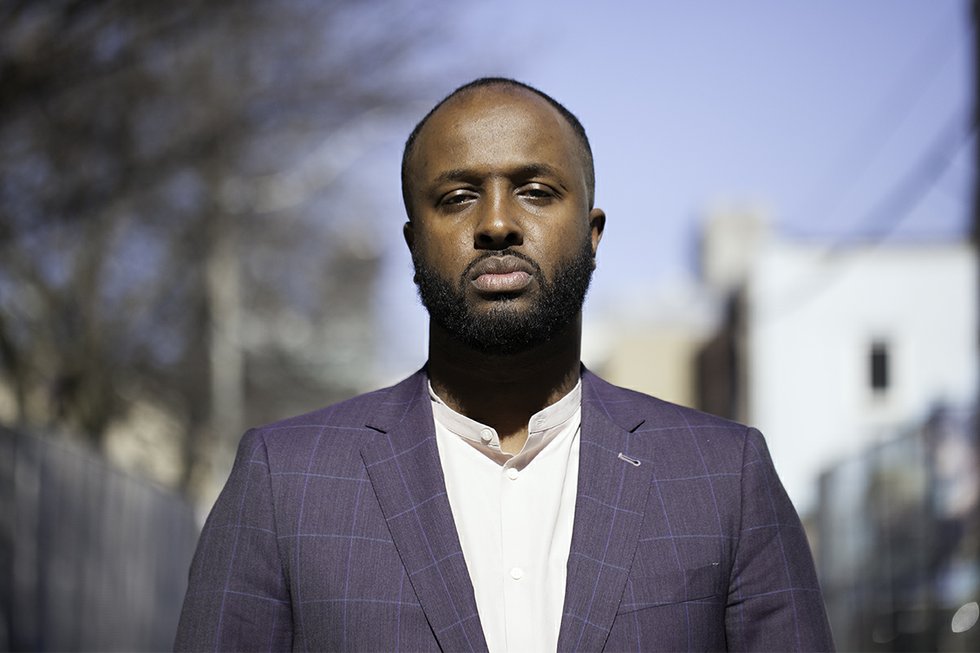 The Weeknd’s rise was in tandem with his crew XO, which also includes co-managers, Amir “Cash” Esmailian and Tony W. Sal. It has since added Belly, 88Glam and Nav to its roster. By the time The Weeknd’s first three mixtapes, House Of Balloons, Thursday and Echoes Of Silence, dropped in 2011 and went viral, and before he signed to a label, the creative vision was already refined, executed and as recognizable as his dark R&B sound. XO merch was already a cult phenomenon. Moreover, the collective didn’t have to go Stateside before they made it big as conventional wisdom used to hold for Canadian artists.

That global vision birthed on Canadian soil with local creative talent coming together and pulling each other up fuels the ethos of Hxouse. LamarXO calls it the “central spot for creativity that the city’s been missing.”

Access to the Launchpad facility is membership-based and runs around $1,200 a year, but LamarXO is also launching the No More Dreams scholarship, an intensive four-month program of mentorship and coaching, particularly aimed at young artists from underserved communities. The name comes from the idea that he’s attained the kind of success where he doesn’t have to dream anymore.

“Anything that comes to my head, I make a reality,” he says.

To help make that reality attainable for others, the scholarship will cover the cost of membership for 30 students per year.

Both LamarXO and Ismail ultimately envision Hxouse growing into multiple markets around the world.

“We’re giving creatives an opportunity to say ‘no more dreams,’” says Ismail. “What is your talent, skill or idea? With us you can prototype and build it and then display it to the world from right here. This is your launchpad.”