Toronto jazz pianist Thompson Egbo-Egbo, an alumnus of the program, tells us about its importance in a changing – though still vulnerable – neighbourhood 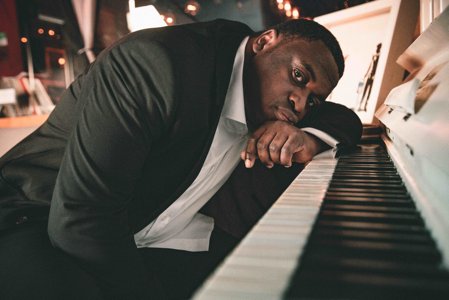 "I think that with everything thats happened in Regent Park

"I think that with everything that’s happened in Regent Park, it might be easier for people here to get lost in the shuffle," says Egbo-Egbo. "But there are still a lot of families that need support and resources.”

Thompson Egbo-Egbo has performed for Quincy Jones, Joni Mitchell and the Royal Family, but the Toronto jazz musician especially sensitive about his next gig.

On Wednesday night (December 5), Dixon Hall Music School is throwing its 40th Annual Gala at Daniels Spectrum, and Egbo-Egbo will be the MC, marking the first time the event has been hosted by an alumnus of the school itself.

“I’ve benefited so much from Dixon Hall,” he enthuses over the phone, “It’s touched my family in so many different ways.”

Emigrating from Nigeria when he was four years old, Egbo-Egbo’s family settled in Regent Park. By the time he started school, Thompson’s parents noticed he was struggling in some ways.

“It seemed that I needed more challenges, and wasn’t really adjusting well to being in Canada and all that stuff,” he recalls. “And somebody suggested to my mom that I should try piano and take music lessons.”

His mother reached out to Dixon Hall, which had been expanding its range of community programs throughout Regent Park (she would eventually go on to work for the organization, helping with the Out of the Cold program, and still works for them as a social worker in one of the shelters). Dixon Hall Music School, whose holistic approach and connections to other music programs in the city brought a whole world of music to Egbo-Egbo’s curious ears.

“I played piano, drums and tuba. I had a friend who said ‘learn as much music as possible, and as many different types as possible.’ I played in brass bands, city bands, orchestras and jazz bands, so I was exposed to lots of different music. Music is music to me. It’s almost like clothing: it’s dressed a little differently depending on what it is, but at the root of it, I think it’s all the same thing.”

Under the mentorship of the Music School, Egbo-Egbo developed a stunning range of musical knowledge and talent, eventually landing in Humber College’s jazz program, and from there moving on to Berklee College of Music in Boston. Since then, Egbo-Egbo has established himself as one of most prodigious pianists in the country, composing for dance and theatre as well as being a fixture on the local and national jazz circuits (his latest record, A New Standard, came out earlier this year).

Throughout his time as a professional, Egbo-Egbo has kept close ties with the music school, and been one of its most outspoken advocates. Now a board member, he’s been instrumental in securing a brand-new building for the school, which is slated to begin construction early next year.

“It’s more than a music school, really,” Egbo-Egbo says. “It’s about opportunity and support. It’s about understanding that sometimes opportunity is not enough, and you need to be supported through a process, as well. They have that kind of attention to detail. I experienced it myself, as a student. Understanding the brevity of opportunity, and helping people bring opportunity to a place where it can be properly utilized — it’s just so important.”

Dixon Hall began as a soup kitchen on Sumach Street in 1929, and in the ensuing decades expanded its meal programs and its relationship with the city. By the 1970s, the organization was branching out into several forms of community outreach, including the operation and maintenance of several permanent shelters, accommodation programs for seniors and leisure and quality-of-life programming for all ages. Music instruction programs proved so popular that the Music School was established in 1978 to provide year-round education to budding musicians in Regent Park.

Egbo-Egbo calls Dixon Hall “an organ. The heartbeat of the neighbourhood.”

“It’s an organization that is a lifeline for so many people at different moments in their life,” he says. “It touches every generation simultaneously through what it does.”

His return to the school comes at a transitional time for the neighbourhood, but he recognizes a continuity between his story and the kids coming up there now.

“I think the challenges I faced aren’t really different from the ones people now are facing,” he reflects. “But I do think that with everything that’s happened in Regent Park, it might be easier for people here to get lost in the shuffle. There’s a narrative that everything’s gotten better, there’s a tendency to jump to the conclusion that okay, it must be fine, things are fixed. But I do think that families are still struggling. There are still a lot of families that need support and resources.”

As Egbo-Egbo prepares to celebrate four decades of the school’s growth and success, it’s that continued need in the community that has him mostly focused on the coming decades.

“So many of the most vulnerable people in the city get forgotten or lost, or just aren’t seen,” he says. “So to be part of an organization that tries to be inclusive of those things feels really special. There are obviously a lot of challenges, but I’m encouraged.”

“And I’m excited about who’s coming next!” he exclaims.