NOW MagazineMusicFeaturesTIFF 2017: Is music licensing a lifeline for indie artists?

TIFF 2017: Is music licensing a lifeline for indie artists? 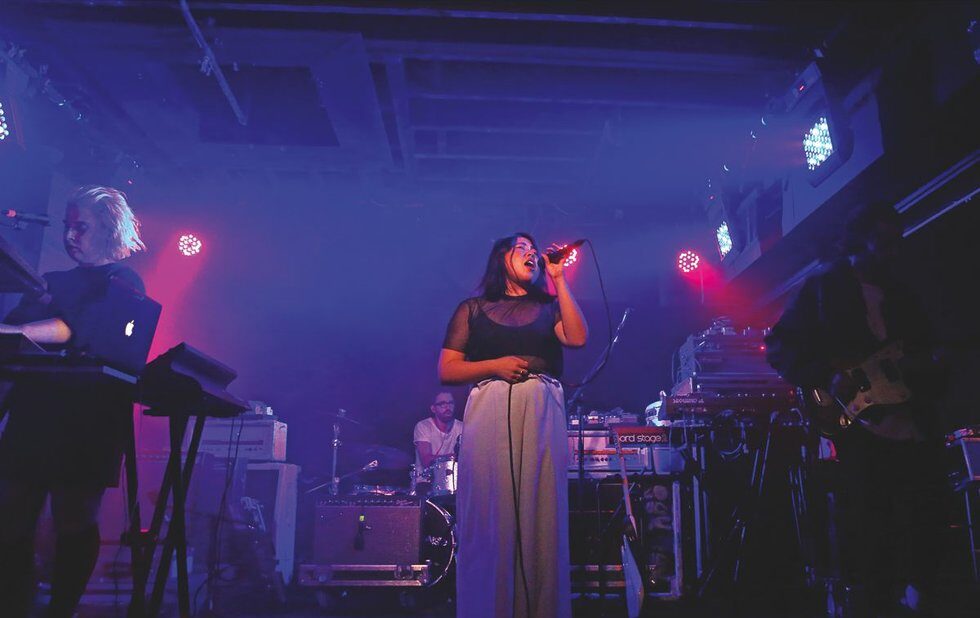 It’s September 10, the first Sunday of TIFF, and Belle Game’s Andrea Lo is layering her confident vocals atop forceful drums, dreamy ambient keys and a guitar that rarely stops crescendoing.

“Bring me shame, bring me pain, fuck me the same,” she belts over the lush accompaniment, conjuring images of a tangled and lurid relationship both passionate and dysfunctional. Through the darkness of the Velvet Underground, you can imagine the song soundtracking a breathless sex scene or, just as easily, the apartment-destroying breakup that follows.

And if that’s what the lanyard-sporting big shots in the room are picturing, then the event has done its job.

Belle Game were the first band on at Festival Music House, an annual party put on by the Vancouver band’s label, Arts & Crafts, to introduce the festival’s filmmakers, producers and music supervisors to Canadian music they might use in their upcoming movie or TV projects.

It’s one of many music-related events at this year’s TIFF, joining parties at Mongrel House, the Canadian Film Centre and the free Slaight Music stage on Festival Street (the closed-to-traffic King West enclave), not to mention the strong slate of music-related films.

Eager actors and screenwriters attempting to schmooze with industry gatekeepers is a familiar sight at TIFF parties, but it’s become increasingly common to see musicians out on the same hustle, getting their music into the ears of the people who could get their songs licensed.

“In the last 10 or 15 years, the placement world, as we call it, has really expanded and become a significant priority for bands, artists, managers, labels,” says music supervisor Michael Perlmutter.

Perlmutter, who recently rose to prominence for his work choosing the music on the Hulu series The Handmaid’s Tale, is the organizer of the Canadian Music Café, Festival Music House’s more buttoned-up cousin.

The two-day event, which this year took place in the afternoons of September 11 and 12, is organized in partnership with Canadian Music Publishers Association (CMPA) and Canadian Independent Music Association (CIMA) with a similar goal of introducing artists to prominent music supervisors from around the world. 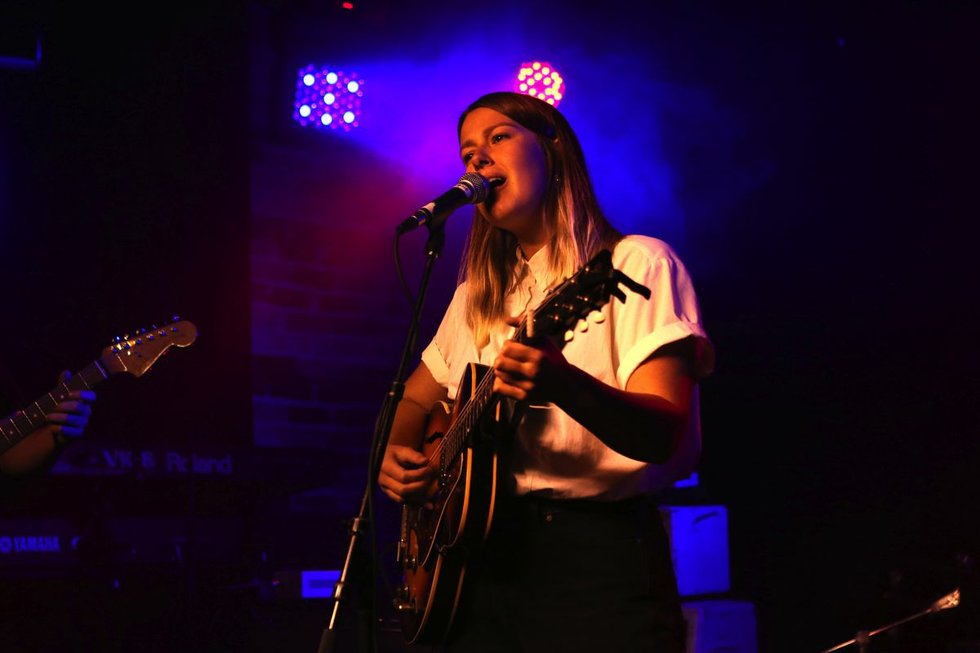 While Festival Music House can feel like it’s more about its open bar than business card trading (especially after your fourth or fifth Grolsch), the Café has a pronounced networking vibe that echoes its industry-facing goal: to foster and grow Canadian music by intertwining it with film and television.

Nine years ago when the event started, licensing might have seemed like a strange way to do that, but it’s looking ever more prescient now. As the model for music industry success continues to shift away from album sales and toward a hybrid of streaming, touring and merchandising, there’s a lot of potential upside for a mid-level artist to appeal to the film and television industries.

Those are the types of artists Perlmutter focuses on for the event – not “the Biebers and Alessia Caras with huge pop hits,” but artists like garage rock duo the Pack A.D., Franco songwriter Geoffroy and genre-defying Colombian-Canadian artist Lido Pimienta (all of whom played this year).

As radio formats favour already proven winners over emerging artists, it’s no wonder bands are beginning to aim for syncs rather than crossover hits.

“Let’s say you get a one-minute placement on a TV show – that could be seen by 10 to 30 million people,” says Perlmutter. “You don’t think some of those people are going to go and check out your band?”

It happens. Belle Game experienced it when their 2013 song Tradition found its way into one of the quintessential song placements: a death scene on Grey’s Anatomy.

“We’re still getting people messaging us saying they checked us out from this one random song from the Grey’s Anatomy finale like, four years ago,” says guitarist Adam Nanji with a bemused chuckle. “Especially for a band our size, even if we did luck out and get a song on the radio, it would probably only last a few months and then fade away.

“But something like Grey’s or [another Belle Game placement] Orphan Black, especially when it goes to Netflix, people are constantly watching and discovering it at different times. It’s going to live forever in that world.”

When booking his event (which had over 300 nation-wide submissions this year, the most in its history), Perlmutter says he focuses on songs rather than artists – particularly songs he calls “syncable.” Asked what syncable means, he laughs and says “that’s a bit of an unfair question” because it’s so hard to define.

The main thing preventing a song from becoming syncable is its specificity. It has to be big and broad enough to fit a variety of possible scenarios and scenes. It has to be universal, connecting to deep human emotions that don’t get too bogged down in personal or regional details.

That works for Belle Game, whose sophomore album, Fear/Nothing, which came out September 8, focuses on big themes like fear, strength, resilience, energy and emotional exhaustion, and all the dualities and contradictions contained within them. It sounds a lot like Perlmutter’s list of syncable traits, and when I parrot them to Nanji the day after his band’s Festival Music House performance, he cuts me off and takes over.

The music’s ability to draw people in has brought the Belle Game not just to Arts & Crafts and their musical idol Kevin Drew of Broken Social Scene (who co-produced their album), but also to boardrooms in Los Angeles, playing for rooms full of music supervisors.

That’s a more common occurrence for indie artists than they’re likely to tell you in interviews. But what about Canadian bands that pepper their music with references to local geography? If they remove the specificity, what makes it Canadian?

It’s an interesting question to ask at TIFF, which has faced similar criticisms in the past in the realm of film. If our industry goes out of its way to appeal to American visitors (not to mention celebrities), does that foster Canadian film?

Then, there’s the question of how lucrative licensing actually is.

It’s easy to think of sync success stories like Feist, whose prominent placement of her song 1234 in an iPod commercial in 2007 turned her into a household name basically overnight.

But even as the stigma of selling out wears off and opportunities increase, both Perlmutter and Nanji refer to TIFF’s licensing events as more of a chance for “exposure” than for cold, hard royalties. A sync rarely happens right away. Though the Café makes the possibilities clear to supervisors by having artists perform along to a movie scene they’ve prepped for, they’re more likely to make future connections than license a song then and there.

And even once the connection has been made, ironically there might actually be too many opportunities. The elevation of “prestige TV” and its creative use of pre-existing songs rather than the more old-fashioned original musical score has created more spots to place a song, especially in this age of peak TV.

One music supervisor who doesn’t wish to be named says the market has become over-saturated. For instance, they say, a TV show typically has three to five songs per episode, which means around 40 to 65 artists can get featured in one 13-episode season. And with shows on Amazon and Netflix in addition to the traditional channels, that number can multiply to the point that music is everywhere and, therefore, less likely to stand out. So while there are more opportunities overall, there aren’t a lot of Feist-like opportunities.

But being a band in 2017 means staying open to possibilities that wouldn’t have existed a few decades ago. Just don’t go looking at licensing as a magic bullet.

“It’s cool to play stuff like [Festival Music House],” says Nanji. “But what we’re really looking forward to is our release show on September 15 at the Baby G.” 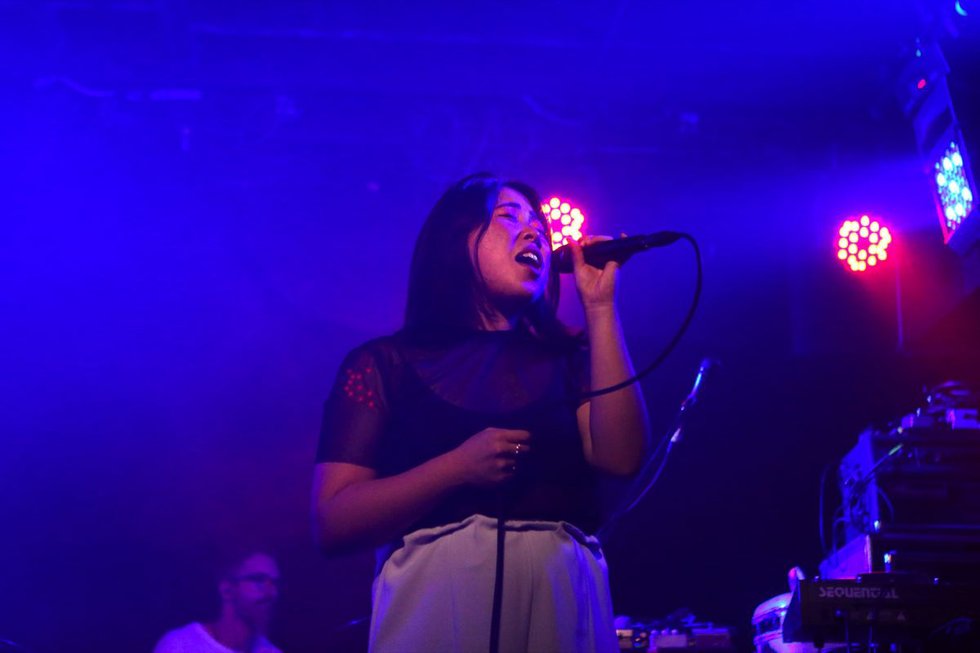