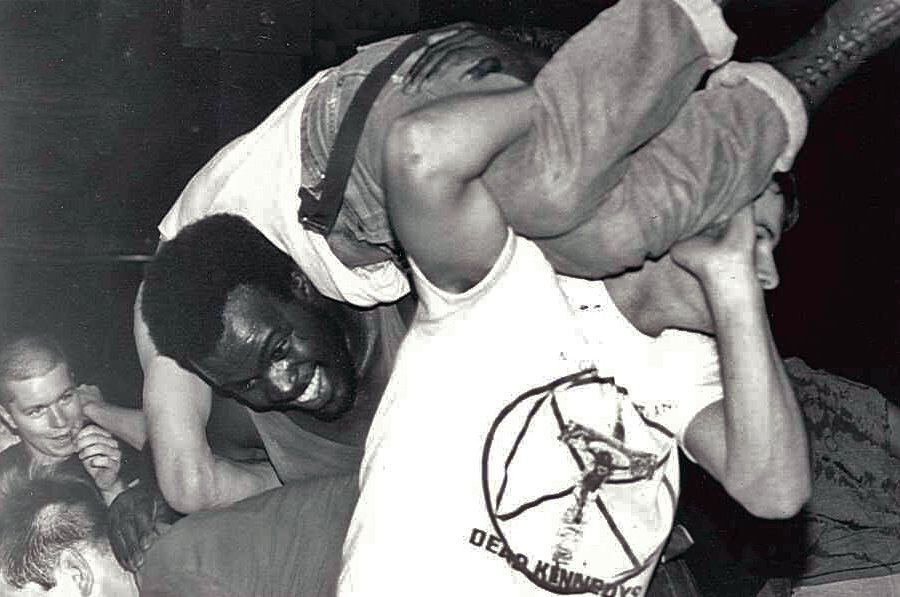 TOMORROW IS TOO LATE – LOOKING BACK ON T.O.’S HARDCORE ROOTS at Henderson Brewing Co. (128A Sterling), January 23 at 7 pm. Free.

It’s hard to not be awestruck by Derek Emerson and Shawn Chirrey’s loving tribute to Toronto’s hardcore punk scene of the 1980s, Tomorrow Is Too Late. At 320 pages, and nearly the length and width of an LP, it’s got a size and heft that feels monumental. The clean design of its thick, matte pages offers a stark contrast to the dynamic lines and energy of show posters, concert photography and other ephemera that help bring the book’s oral history to life.

“It gives what we did a sense of legitimacy,” says Emerson about the design. “I wanted it to be a substantial piece that you can’t ignore because it’s an important thing to us.”

Though it looks like the product of a big publishing house, Tomorrow Is Too Late is actually DIY, much like the origins of the punks behind its creation.

Both Chirrey and Emerson came to punk in their teens and took to zine-making almost immediately. So it’s fitting that this self-published project builds on the skills they honed some 30 years ago.

Emerson’s band, M.S.I. (aka More Stupid Initials), which formed in 1983, started a Facebook page over 10 years ago that quickly became a place to reminisce about more than just the band’s music.

The more they looked back, the more they realized it was a crime that no retrospective had been written. The original sin of the 70s Toronto punk scene has had plenty of coverage, between Liz Worth’s essential Treat Me Like Dirt and Don Pyle’s Trouble In The Camera Club, but the 80s had been completely overlooked, and not just by historians.

“Collectors haven’t put their eyes on Toronto hardcore because we released our music on demo tapes, not 7-inches,” Chirrey explains. “We had such an amazing scene. Very few of the bands even toured outside of Montreal or Ottawa.”

That period provides important context for contemporary bands like Fucked Up and S.H.I.T. and also help account for why Kensington Market was and will always be a punk haunt.

Tomorrow Is Too Late combines the oral history approach of Worth’s book, complemented by the deeply visual history of Pyle’s. That unique style feels true to the scene itself. “We wanted it in people’s own words, but we also wanted to capture all of the visuals,” Chirrey says. 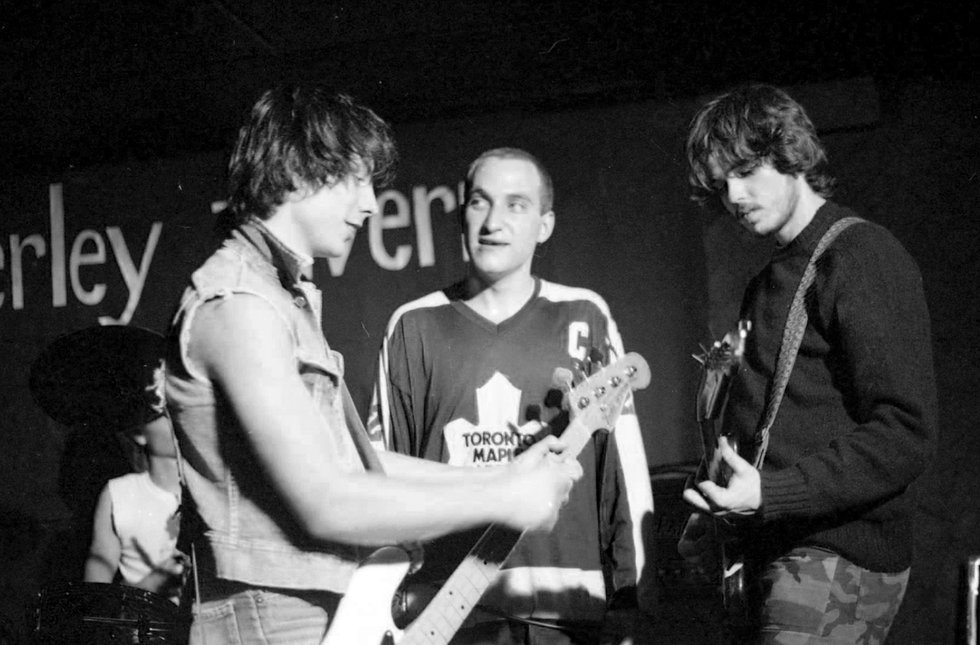 The book came together thanks to the music community it reflects. Every aspect of its development – from how it was funded to how Chirrey and Emerson tracked interviewees down, to the contributions of old photos and posters – came from the outpouring of support from fellow Toronto hardcore alumni.

Even the design of the book, which was done for free by local design house Goods and Services Branding, was the result of a punk connection. Co-owner Sue McCluskey was in a punk band once upon a time on the east coast and felt connected to the material. “They took one look at what we were doing and wanted to be involved,” Emerson says.

The book was launched at a Not Dead Yet festival showcase in the fall, alongside sets from hardcore holdouts of the era Creative Zero, Microedge, Chronic Submission, Sudden Impact and Negative Gain. Within three weeks, the original run of 1,000 copies (made at Emerson’s printing house) had already sold out. The book is now in its second run.

With their support network in place, the duo are now in the early stages of giving Toronto’s 80s metal scene a similar treatment, and they’ve put out a call to bands and fans from the scene for photos, flyers, ticket stubs and other visual memorabilia.

“Punk and metal are just how I think,” Emerson says. “Of course you’re going to keep the 7-inches, flyers and negatives from the thing that helped make you who you are. I want to take people right back to when they were 14, no mortgage, no boss. I want that feeling and I want everyone to feel that.”