Ahead of the upcoming Maple Blues Awards, we sat down with co-founder Derek Andrews to talk about the past, present and future of blues in the city 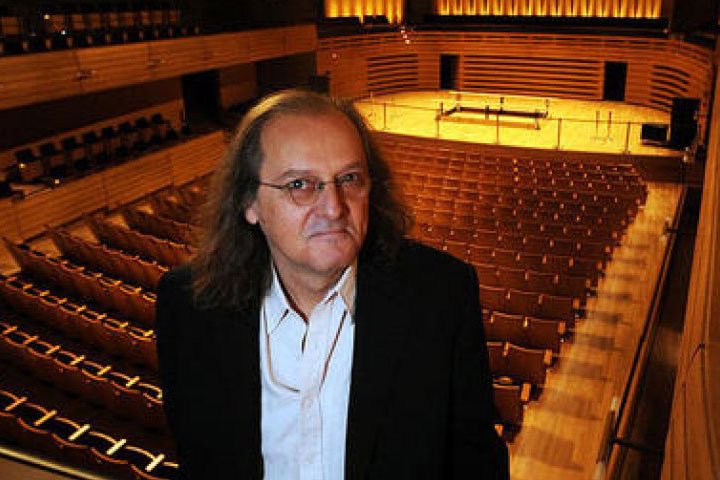 For 35 years, the Toronto Blues Society has been dedicated to keeping blues alive in the city.

On February 3, the society’s Maple Blues Awards will present an intergenerational lineup of nominees and performers, including a celebration of 50 years of the Downchild Blues Band, while also presenting the inaugural Sapphire Award for best blues music video. The event will be live-streamed – a first in the awards’ 23 years.

That mix of modernization and tradition mirrors the life of blues in Toronto as we enter a new decade – a century-old genre of music that is both changing and, in other ways, not changing.

The blues started as a primarily African-American genre that deeply influenced popular music with its honest, bawdy lyrics and charismatic performers. It’s been celebrated and appropriated from the birth of rock and roll to the present. Now, with hip-hop seemingly overshadowing the once-controversial sound, blues is often performed by white artists. And, though there are young musicians making their voices heard, the genre is still loomed over by older musicians.

Raha Javanfar is a younger voice in the city’s blues scene and the host of this year’s Maple Blues Awards. The bassist and singer of Bad Luck Woman & Her Misfortunes – a band name derived from a 1930s Memphis Minnie song – cites the influence of greats like Etta James, Dinah Washington and Kay Starr, and believes in the future of the blues. Rather than change with the times, she believes in its ability to inspire those who discover it.

“To force relevance on this music that has so much cultural significance, along with such a rich and deep history is a recipe for failure,” she says. “Once young people have discovered the blues, they’ll decide if they like it, if they want to listen to it, if they want to make it. The key is to expose them to as much of it as possible so that they have the opportunity to make that choice.”

For the upcoming awards, Javanfar has invited students from the Regent Park School of Music to share the stage with her. “They’re the ones who are going to find new ways to express themselves through it, and that’s how it will become relevant for them,” she says.

Derek Andrews, a founding member of the Toronto Blues Society, sees blues catching on with a new generation. He points to the 24th Street Wailers, Humber College graduates who’ve forgone jazz in favour of the genre, along with Lindsay Beaver, the first Canadian artist to get signed to Chicago’s Alligator Records, and charismatic blues chanteuse Angelique Francis. These young artists are lighting up stages and carrying the torch forward.

Andrews himself has been an influential part of the local music scene for nearly 40 years. A lifelong champion of music as culture over commerce, the veteran programmer has worked at organizations like Harbourfront Centre and Luminato, while representing acts as diverse as Kobo Town, Quique Escamilla and Digging Roots through his Global Café Artist Management. And in 2011, he co-founded the world music conference Mundial Montreal, showcasing Canadian and international artists such as A Tribe Called Red and Ibeyi.

We sat down with Andrews to talk about the history of blues in Toronto and where it might be going.

Would you say Toronto has its own blues sound? Where did it evolve from?

Many of us who were involved with the Toronto Blues Society’s origins 35 years ago were familiar with the era when musicians came from Chicago [and] Detroit. They influenced the sound of Toronto music. The American soul singers – from Motown, Stax – influenced how musicians made their music. [Also] the British musicians of the sixties – who were heavily influenced by Muddy Waters and Chuck Berry, all the greats – they had a sound. The Toronto sound was a marriage of the British and American – soulful and rocky at the same time.

What is the Blues Society doing to advance the genre?

We have a talent development program [TBS Talent Search, which started in 1995]. Sandra Bouza was the last winner. Interestingly, we had all female finalists [in 2019]. We offer a package of prizes that includes gigs, career counselling, photo shoots and studio time.

The headquarters of blues, so to speak, is in Memphis at the Blues Foundation. They have a competition called the International Blues Challenge. There’s about a dozen Canadian blues societies that send somebody down. We have Sean Pinchin and Sandra Bouza representing [from Toronto]. It’s an opportunity to break into the American market and several European festivals.

Helping people find their voice is the biggest thing our organization is capable of, as well as providing encouragement and a platform to prosper.

How did you get involved in Toronto’s music scene?

I studied Media Arts at Seneca College and [Film Production] York University. I worked in the field briefly but couldn’t pay the rent, so I took a job washing dishes in a coffee house [Egerton’s Restaurant, later the Edge] in the 70s. That coffee house had many great Canadian singer/songwriters, like Stan Rogers. All kinds of artists came through. I stayed at the club and became a manager. In the final couple of years Gary Topp and Gary Cormier [influential punk promoters The Garys] booked the club and turned it into the Edge. The Edge is a famous moment in Toronto night club history. It’s where the Police played in Toronto and everyone from Nona Hendryx to John Renbourn and Rough Trade. I didn’t do any booking, but they were inspired programmers and I learned a great deal watching what they did. It was a very intense couple years.

From that I got a job programming at Albert’s Hall above Brunswick House. And that was a blues music scene with a little bit of roots. It was extremely successful. Etta James, Albert King, all kinds of great people played there. That’s where k.d. lang did her first shows in Toronto.

A friend of mine was booking Club Bluenote and brought Martha Reeves to Harbourfront. [Harbourfront] wanted a blues festival [in 1985] and I said, “I can bring you a blues festival.” I had done a reggae festival and a rockabilly festival. I was bursting at the seams in a venue that was no longer appropriate for my ideas.

I’m now doing conferences and travelling all over the world.

How has the music changed for you over the years? What challenges do you face booking and promoting acts in Toronto now?

Toronto audiences have a big appetite for music, but these days the biggest challenge is that media has changed significantly. Promoters are struggling to reach their audiences. The social media tools that we have, essentially, are doing the trick. The recording industry had a big crash financially, but the live music sector didn’t crash.

I wish musicians were paid properly, that’s a struggle. But there’s a lot of support for musicians in Canada through granting programs. They helps the Toronto Blues Society function, and we’re very motivated to help artists maintain a living and prosper.

What do you hope people discover about the blues?

The blues is known for its passion and charisma. When you compare blues to jazz, jazz is more cerebral – it’s more in your mind than your heart. Blues moves people. And we love helping people find it.