From the sweaty end of the Silver Dollar to an unprecedented gathering of Indigenous folk legends, these were the bucket list shows of the year 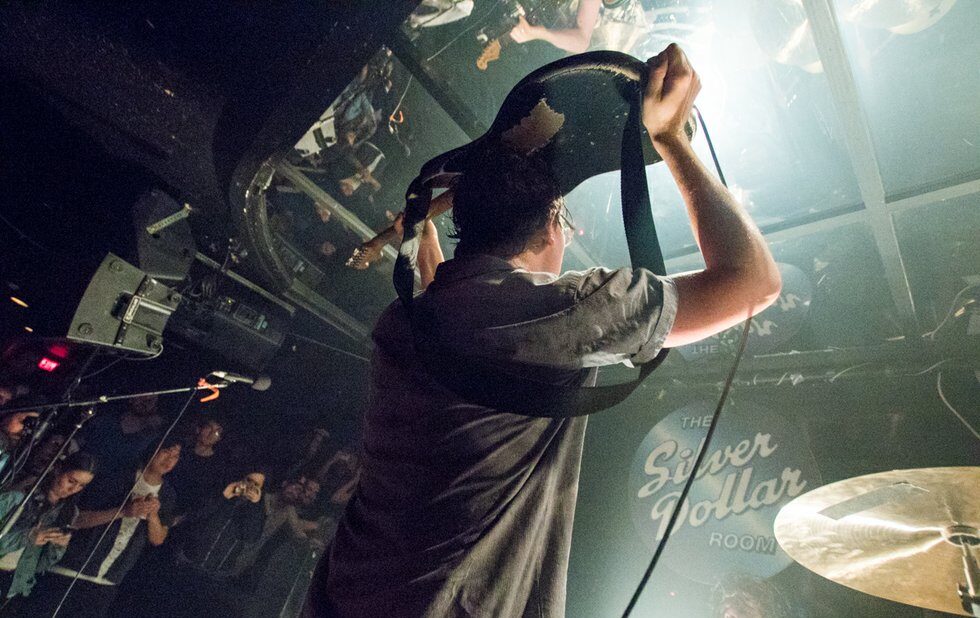 With venues dropping and festivals struggling, 2017 was a year to cherish the spaces we have and the communities that exist there IRL. That’s why this year we’re focusing on the concerts that created moments you can’t recreate with Spotify streams – the ones that, if you missed them, you really missed them.

METZ at the Silver Dollar, April 30

Dan Burke never got a proper send-off when he was ousted as the booker of the El Mocambo 16 years ago, but he managed to make it count this time as the Silver Dollar Room closed to make way for the construction of a new student residence. Months of hemming and hawing about the city’s venue crisis exploded in one glorious now-or-never rock and roll moment: the notorious promoter crowd-surfing atop the Silver Dollar sign as METZ – a local band that’s lived on that stage – drowned the historic bar in feedback. RT 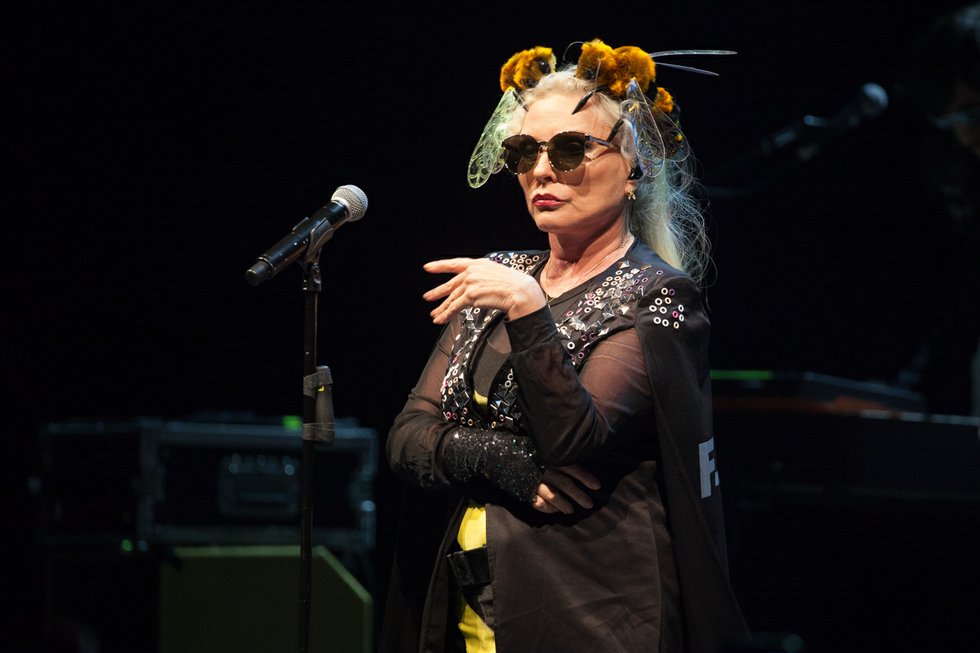 Downtown New York fixture-turned-hugely influential pop star Deborah Harry is a rarity onstage in Toronto. Her band Blondie even more so – they haven’t played here since 2004, and it’s unlikely we’ll see them here again any time soon. The sold-out Sony Centre crowd took full advantage, dancing to some of the most ubiquitous pop tunes of the past 40 years. They played their punky old stuff (and a cover of My Heart Will Go On) with sneering rawness and the new stuff with razor-sharp precision. They know their eras. One of the best pop bands ever. KR

The elusive R&B auteur’s only Canadian concert since releasing 2016’s Blonde/Endless came a few weeks before WayHome announced it would sit out 2018 (and maybe longer). While it wasn’t a barnburner, Frank Ocean’s artistry and oddness left a deep impression. He gave us songs that came in fits and starts, disorienting takes on his hits, sonorous melodies, heartbreaking lyrics, moments of confusion, moments of nailing it and an inventive stage set-up screened from many angles. It was like seeing an artist engrossed in personal, private creativity despite the band members and camera operators circling and the thousands of fans hanging on to his every note. CG

In a year focused on Canada 150-related celebrations, Indigenous voices fought to carve out space for stories and history that began far longer than a sesquicentennial ago. Even without that context, this inaugural coming together of revolutionary Indigenous folk, rock and country musicians featured on the 2014 Grammy-nominated Native North America compilation would’ve felt historic, but with it, it also felt impeccably well timed. And with many of the spotlit musicians now in their twilight years – like Eric Landry, Willie Thrasher, John Angaiak, Willie Mitchell – it was potentially one of the last chances to hear them live. Powerful, stirring, momentous. CG

Jazz Cartier, Tory Lanez, Killy, CMDWN and others at the Phoenix, October 21

Jazz Cartier goes by the nickname “Prince of the City,” and nothing better exemplified why than the final moments of Red Bull Sound Select’s 3 Days In Toronto series. As fellow local success story Tory Lanez performed his hit Diego, Cartier, who curated the show, led a series of local up-and-comers – Killy, CMDWN, Puffy L’z, Smoke Dawg – in a raucous singalong (complete with crowd-surfing) of the tune. For a city whose artists have historically suffered from a crabs-in-a-bucket mentality, it felt like a fresh beginning. JS 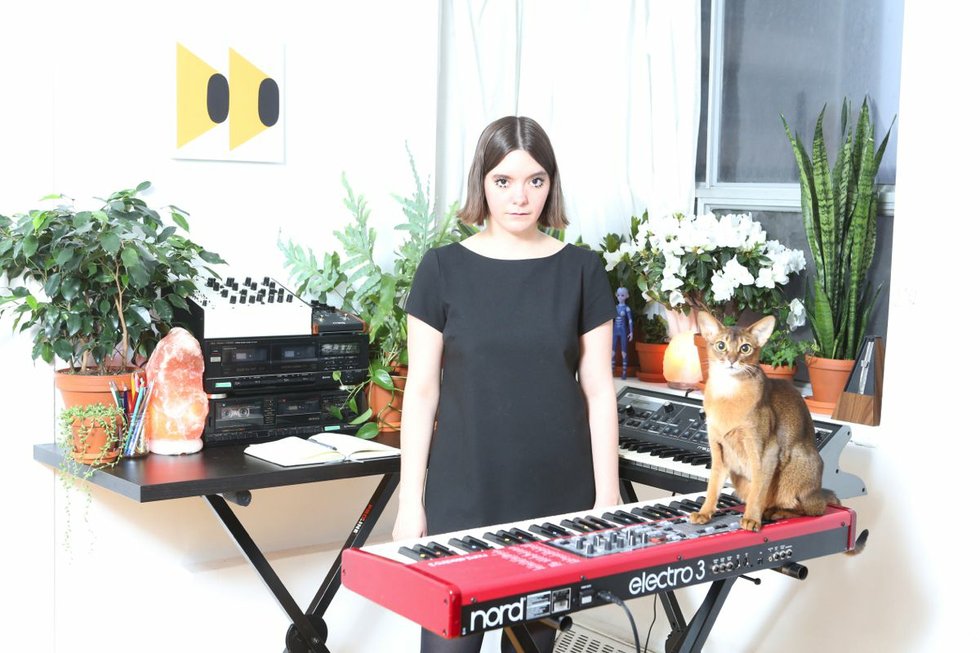 Intersection Music Festival was low-key one of the best events of the summer, and it culminated in a performance that made great use of Allan Gardens, one of Toronto’s loveliest public spaces. In a rare, rewarding synthesis of music and place, Castle If performed a short but sublime set of music for plants from her album Plant Material, with masterfully understated accompaniment by the Music in the Barns chamber ensemble. I was sandwiched between an infant and an octogenarian, both of whom were as quietly transfixed as I was. MS

For more than 40 years, horror master John Carpenter has been chilling our spines with his evocative film scores. But his November performance was the first time Torontonians got to experience his anthology of iconic movie themes played live in the flesh. And the 69-year-old legend didn’t disappoint, presenting an audio-visual spectacle that combined individual film montages with their respective music. Not only was it one of the year’s must-see concerts, for many it was a concert of a lifetime. CL

It’s been decades since the American singer and activist, whose three-and-a-half octave voice is like a spiked wrecking ball slamming into a sea of poisonous snakes, has performed here. Touring in support of two albums of “death songs,” she reportedly sound-checked for six hours before sitting down at the piano on the Danforth stage and unleashing terrifyingly anguished wails as strobe lights assaulted the audience. The set included songs in German, French, Greek, Spanish and English – standards and classics that she took apart and reconfigured with wild emotion to emphasize their political dimensions. It was overwhelming and the crowd seemed extra attentive – not a glowing smartphone in sight. KR